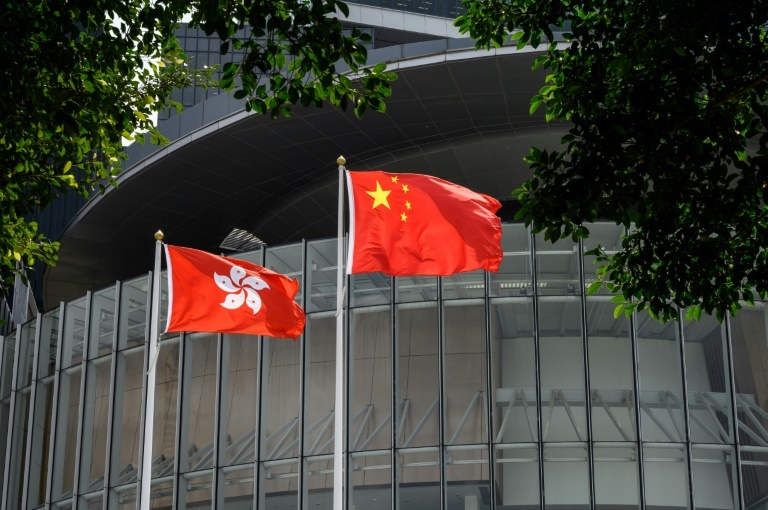 Hong Kong (AFP) - Hong Kong will create a host of new national security offences, a senior official confirmed Tuesday, building on a law Beijing imposed last year that has criminalised much dissent and transformed the city.

Chris Tang, a former police chief promoted to security secretary this year, said officials had started working on local legislation that would define new crimes under the security law.

"We hope to complete it within the next term of legislature and we will consult with the public," Tang told the pro-Beijing Ta Kung Pao newspaper in a front-page report published on Tuesday.

"We didn't pay much attention to espionage activities in the past and now we are studying whether we need to regulate that," Tang told Sing Tao's EastWeek magazine.

It has been overwhelmingly deployed against people expressing certain political views and has remoulded the once outspoken and freewheeling city in China's own authoritarian image.

The new security law will be directed by Article 23 of Hong Kong's mini-constitution, Tang confirmed.

Article 23 calls for Hong Kong to pass its own national security legislation after the 1997 handover to China.

An attempt to do so in 2003 sparked huge protests and concerns that Hong Kong would lose its unique freedoms.The legislation was shelved.

Hong Kong's inability to pass its own security laws was one of the reasons Beijing lost patience after the 2019 democracy protests and promulgated its own law last year.

Some of Article 23's offences are already covered by that law -- such as secession and subversion.

But new crimes would include treason, sedition, theft of state secrets and measures to stop "foreign political organisations" operating in Hong Kong -- or Hong Kongers contacting them.

Tang gave no timeframe for the new law but said it would be passed by the next legislature.

Hong Kong will get a new legislature in December under a new political system imposed by Beijing where less than a quarter of the body's seats will now be directly elected and only those deemed "patriotic" may stand for office.

National security offences are treated differently than other crimes.

In Hong Kong, only handpicked national security judges can adjudicate trials, bail is usually denied to those who are arrested and juries are not a requirement, despite offences carrying up to life in jail.

More than 60 people, mostly prominent democracy supporters, have been charged with security offences in the last year and more than 140 arrested.

Many others have fled overseas while dozens of civil society and opposition groups have dissolved in face of the onslaught.

On Tuesday Wall-fare, a group which helps prisoners and the families of those jailed for taking part in protests, said it was disbanding.