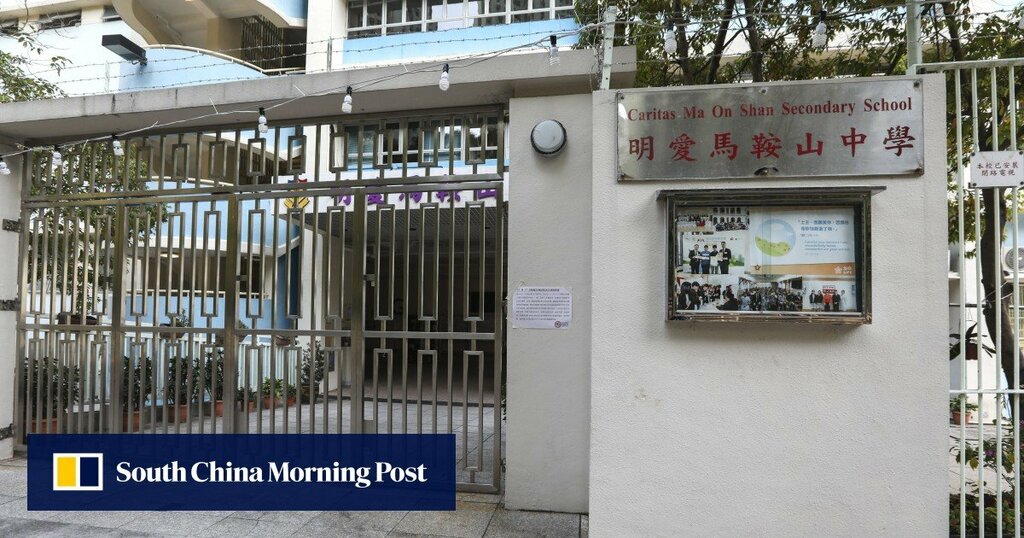 A Hong Kong student who brought explosives to school to “show off” to his friends was convicted on Tuesday, after a judge dismissed his claim that he planned to use the dangerous items for conducting experiments.

Lai Man-kwong was found guilty at the District Court of two counts of possessing explosives for keeping 0.34 grams of triacetone triperoxide (TATP) wrapped in two pieces of tin foil at Caritas Ma On Shan Secondary School on November 27, 2019.

The 20-year-old was further convicted of unlicensed possession of ammunition over a golden blank cartridge found in his wallet, as his defence that he kept it for decoration failed to convince the judge.

Co-defendant Zhao Yuk, 18, was acquitted of explosives possession after the judge accepted Lai had forced one of the tin foil wraps on him that day.

Lai, who was in Form Six at the time of the offence, claimed during the trial a man in a black shirt had given him the TATP in powder form at a convenience store near Mong Kok Police Station, which was frequently targeted by anti-government protesters during the social unrest in 2019.

He said he did not know why the stranger gave him the explosives, but felt he had “hit the jackpot” and wanted to brag about the unexpected find in front of his friends.

As for the blank cartridge, Lai said he picked it up on the ground when he walked past Sham Shui Po district in the summer of 2019 and intended to keep it as an ornament and occasionally show off to his friends.

On November 27, Lai brought the TATP to school and told a chemistry teacher he had some “funny” chemicals in his possession. He later showed the foil package to the teacher, who seized the explosives upon inspection.

Hours later, the teacher found the other tin foil on Form Four pupil Zhao, who claimed the light-coloured powder was grounded tea leaves.

Lai’s counsel said the accused had intended to experiment on some of the TATP after school with his friends, which constituted a lawful excuse according to a 2020 Supreme Court ruling in Britain.

But Judge Anthony Kwok Kai-on rejected that argument as “a pack of lies and nonsense”, saying the defendant’s mindset was no different from “playing with firecrackers and fireworks”.

Lai’s reckless behaviour in handling the explosives – he admitted he had tested them with fire at home – weakened his defence, Kwok said.

“The defendant, being just a secondary school student with limited knowledge in chemistry, would not be able to conduct any meaningful experiment on explosives substances in a safe and controlled manner,” the judge said.

Kwok adjourned sentencing to September 28 pending an array of assessment reports. Possession of explosives is punishable by up to seven years in prison in the District Court.