Ng Koon-yau calmly pilots his small fishing boat through the azure waters of the South China Sea. The 79-year-old has been fishing ever since he can remember.

Ng and his 76-year-old brother Ng Koon-hee came to Hong Kong from Taishan in Guangdong province, across the border in the Chinese mainland, as youngsters in the 1950s. So did many others who settled in Hong Kong after the 1949 communist revolution, when the territory was a colony of Great Britain.

The move to Hong Kong was so long ago that the Ngs don't remember exactly when they arrived in Tai O, a remote and scenic fishing village on the west side of Hong Kong's Lantau Island.

They've worked side-by-side all along, largely unaffected by decades of political change, including campaigns that sometimes spilled into the territory from the Chinese mainland.

Many in Hong Kong worry that communist-ruled China is exerting ever more control over semi-autonomous Hong Kong, contrary to promises from Beijing to respect Hong Kong's civil liberties and its semi-autonomous status for 50 years after Britain handed the city to China 25 years ago, on July 1, 1997.

But Ng Kun-yau is fine with Beijing being in charge.

“Hong Kong is part of China, and I've never thought of moving anywhere else," he said. “I hope that China will make Hong Kong a better place, where everyone can prosper. For us in Tai O, we wouldn't think of moving away to live anywhere else."

Tai O's homes perched on stilts above its small harbor, are a picturesque remnant of skyscraper-studded Hong Kong's past. Hundreds of years ago, before the British colonists arrived in the mid-1800s, fishing was a way of life here and in other villages in the Pearl River Delta region.

But small-scale coastal fishing is a dying industry in Hong Kong.

The Ngs used to ply the seas in a big vessel, netting thousands of fish a day. Now they keep only a small boat and haul in small catches.

Younger Hong Kongers are moving on.

“In the 1960s, there were more than 10,000 people living here, but the population has been gradually falling, with the young people going off to work in the city," Ng said.

Tourism is now a big business for Tai O’s remaining residents: Selling dried fish snacks and prawn sauce to visitors and running sightseeing boats. One of the attractions is to catch a sight of a pink dolphin. Dwindling like the Tai O villagers, some of the special dolphins are still left, sometimes breaking the sea's surface within view of the skyscrapers of the city. 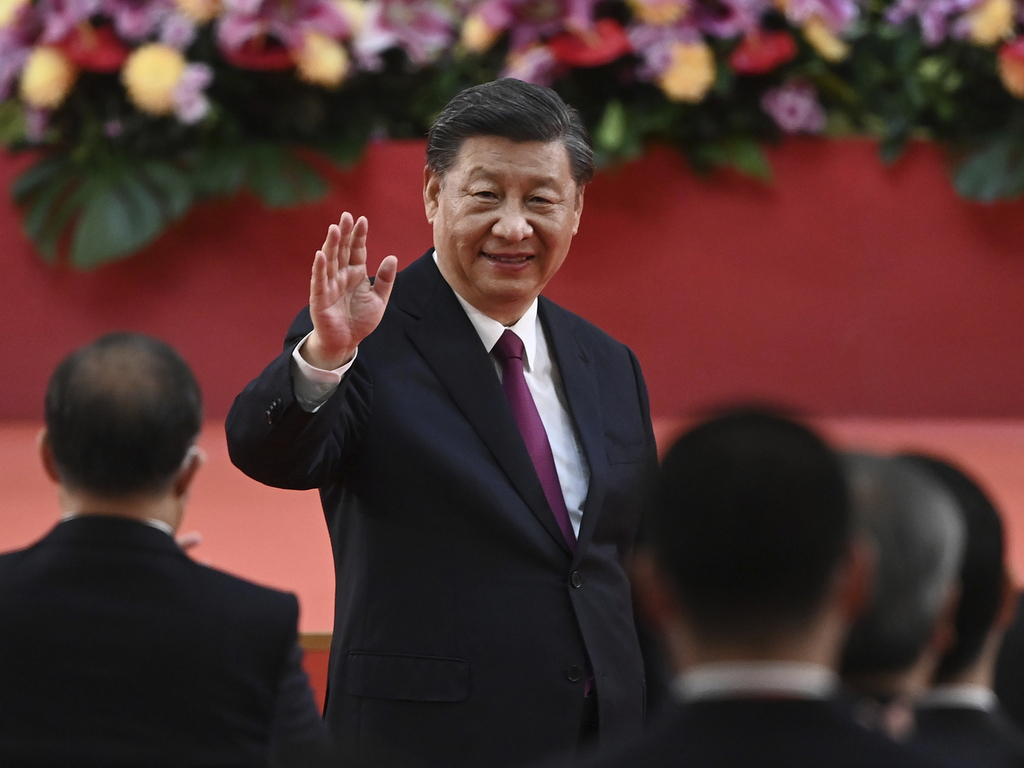 Xi defends vision of Hong Kong while marking 25-year anniversary of handover
China's president says the "one country, two systems" framework is working — even as recent changes have all but eliminated…

Hong Kong (AFP) - When Hong Kong transitioned from British to Chinese rule, Edmond Hui was a floor trader at…

AFP
Hong Kong's handover 25 years on: why human rights eroded so dramatically in the past two years

July 1 marks the 25th anniversary of Hong Kong’s handover from British colonial rule to the People’s Republic of China.

AAP
Morrison's secret roles under legal review
The prime minister says his predecessor held the roles of treasury, finance, health, home affairs and resources, which he appointed…
Our picks