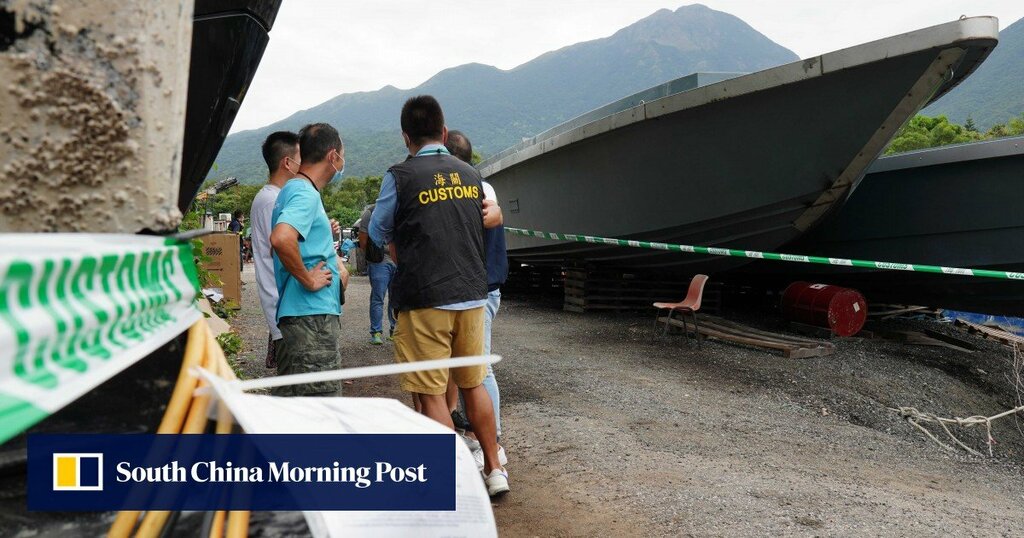 Hong Kong authorities have confiscated 39 speedboats hidden at a secluded coastal site on Lantau Island as part of an ongoing citywide crackdown on triad-run cross-border smuggling rackets, launched after the death of a police officer in a maritime operation last month.

A law enforcement source said the Tung Chung Bay site, near Ngau Au village, could have been used as an illegal shipyard by a smuggling syndicate to build, modify, repair and store speedboats used in cross-border runs.

He added that an investigation suggested some boats from the confiscated fleet had been involved in illegal activities before Senior Inspector Lam Yuen-yee was killed during an anti-smuggling operation on September 25.

Lam and her three colleagues were thrown overboard after their vessel was rammed by a high-powered speedboat they were trying to intercept off Sha Chau. Her body was found two days later off Lantau Island.

“Stringent anti-smuggling operations by local authorities have forced smugglers to stop illegal shipments between Hong Kong and mainland China and hide their boats,” the source said. “We believe the speedboats [found in the operation] had been moved ashore to escape detection by law enforcers.”

The shipyard was found on the same day that police and Food and Environmental Hygiene Department officers seized a record 1,700 tonnes of frozen meat worth HK$500 million (US$64.2 million) along with two speedboats at a container yard in Tuen Mun. Frozen meat is a commonly smuggled good, and police said it was possible the haul was destined for the mainland.

The source said: “Some of the vessels seized at the illegal shipyard were about 13 metres in length. That is as big as a 40-foot shipping container. We believe they could have also been used to smuggle frozen meat across the border.”

The shipyard was first discovered by customs officers after they ramped up inspections at various smuggling hotspots on Lantau.

On Monday, they moved in with marine police and personnel from the Lands Department and found the 39 speedboats, along with another eight new outboard engines still in their boxes. No arrests were made in the operation.

Yuen Sze-chun, of the Lands Department, said the speedboats and engines had been confiscated under the Land (Miscellaneous Provisions) Ordinance, as the site in question belonged to the government and was being unlawfully occupied.

He declined to say when the area was last checked by his colleagues.

Noting the boats and engines were worth some HK$12 million, Superintendent Rita Li Yim-ping of customs’ syndicate crimes investigation bureau said half of the vessels were already fitted with two or more outboard motors.

Most of the boats had not been registered with the Marine Department, she said, but authorities would track down the owners of the ones that had.

“We will investigate why these speedboats were fitted with powerful outboard engines and look into whether they were linked with smuggling activities,” Li said.

Chief Inspector Jerry Lau Ka-yip of marine police’s west division said he did not rule out the possibility that triads were behind the fleet. He said police would spare no efforts in the fight against triads, adding that the investigation was continuing.

The crackdown on triads and smuggling activities prompted by Lam’s death came after police chief Raymond Siu Chak-yee pledged to spare no effort in pursuing the “cold-blooded” culprits responsible, as well as those engaged in the wider scourge of cross-border crimes.

In the first nine months of this year, police and customs officers confiscated HK$730 million worth of luxury goods, frozen meat and other contraband in 61 cross-border maritime smuggling cases. They seized just HK$490 million worth of smuggled goods in 62 cases in the whole of last year.