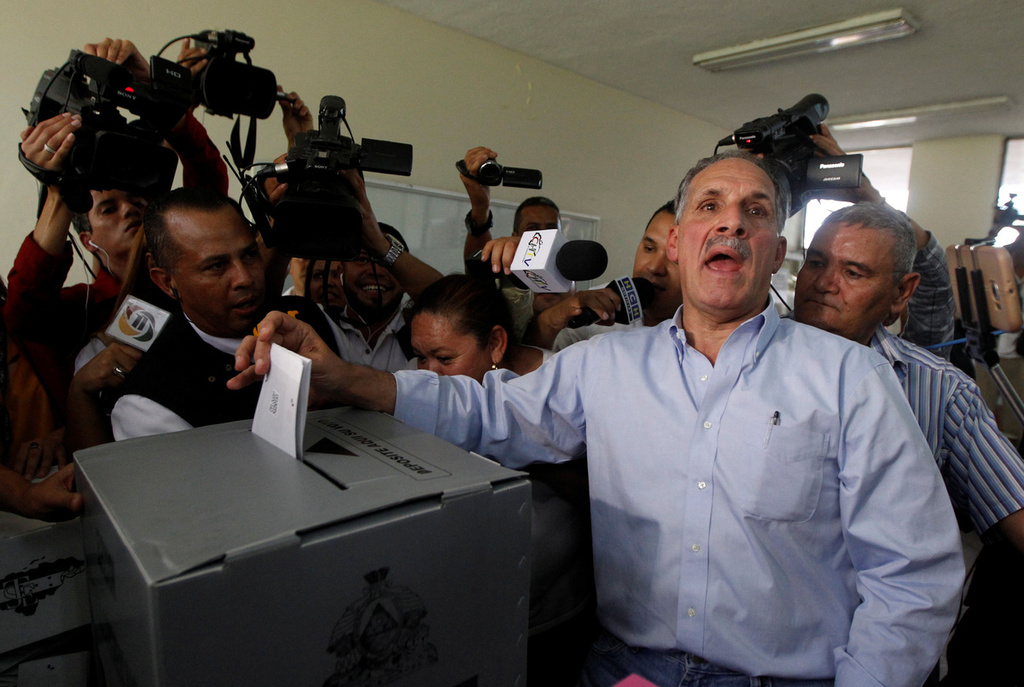 Honduras' ruling party presidential candidate Nasry Asfura remains the favorite ahead of the November election, a CID-Gallup poll published on Friday showed, in a boost to backers of the Central American country's current government.

Asfura, mayor of the capital Tegucigalpa and candidate of the ruling National Party, received 21% support among those polled, one percentage point up from a previous survey published in May.

His closest rival is Xiomara Castro, wife of former President Manuel Zelaya, got 18%. Castro is running for the leftist Liberty and Refoundation Party (LIBRE).

Television presenter Salvador Nasralla, put forward as a candidate by a coalition of parties, also came in with 18% support.

The poll also showed that the number of Hondurans who plan not to vote at all has risen to 18% from 12% earlier for the Nov. 28 election.

The candidates are seeking to replace outgoing two-term President Juan Orlando Hernandez, whose eight years in power have been increasingly mired by corruption allegations.

Hernandez has denied the accusations, including by prosecutors in a U.S. trial that he worked with drug traffickers to move large quantities of cocaine into the United States.