Homeless veteran says he would give up bed for Afghan refugees 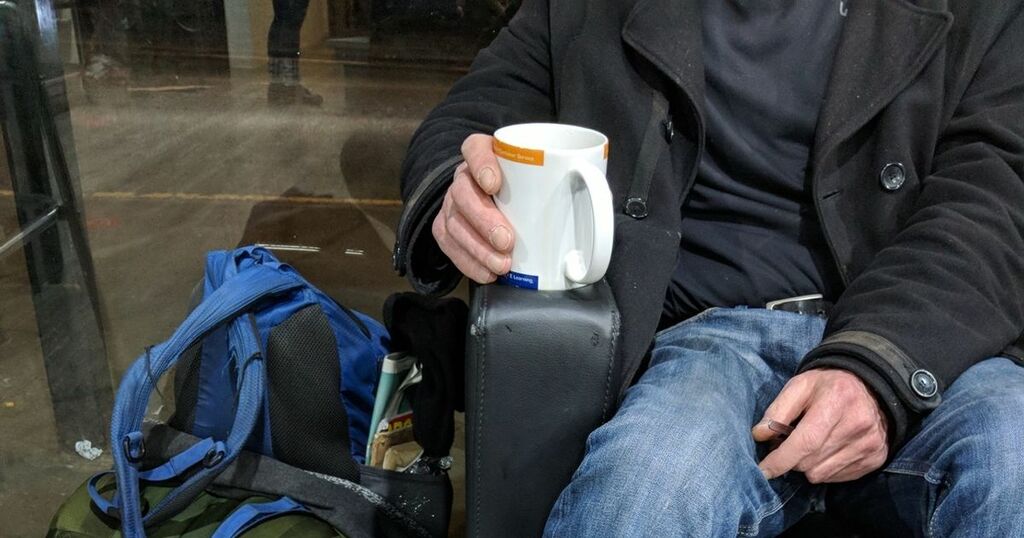 A homeless veteran who served in Afghanistan says he would give up his bed for refugees from the country.

The former soldier says the UK should be helping those evacuated from the country after the Taliban takeover in “any way we can”, including through hotels and housing.

As a guest of Manchester’s homeless drop-in centre Coffee 4 Craig, the former soldier says he has seen first hand the effect of war and “a regime of terror and intolerance”.

READ MORE: Female Afghan judges in hiding fear they will be killed by fighters they jailed

He fears that some Afghans are facing the prospect of torture, execution or may have “their entire family targeted”.

Speaking anonymously through the charity, he added: “We should help these people in any way we can and if that means hotels, housing and support then that's what we should do.

Coffee 4 Craig - which provides food, clothing and support to Manchester’s rough sleepers - say both British rough sleepers and displaced Afghans need the support of those in Greater Manchester.

“Each issue is a crisis in it's own right,” co-founder Hendrix Lancaster says.

“The people who have concerns or complaints about the Afghan nationals coming to the UK and being put up in hotels and this having a negative effect on the current homeless population, are entitled to their opinions, but I'm not convinced they are accurate.

“We are talking about people who supported the British government and the British armed forces and now find themselves left in a country being governed by the Taliban.

“They are the people most at risk because they helped the British Army, they assisted in supporting Afghanistan to become a tolerant and inclusive country.

“The government needs to properly fund local authorities to do everything they can to welcome and integrate the Afghan nationals into our existing communities, the same communities that are inclusive and tolerant. Surely everyone deserves the right to feel safe and welcome?

“The majority of our guests are really supportive of Afghans arriving here. Our guests are well educated and well aware of the situation, they watch the news and read papers, they have their own minds and from the response we have had, they are welcoming.

“All any of us are trying to do is preserve life and make lives better.”

“If members of the public disagree with the government's decision to house Afghan refugees then they can write to their local MP, make sure they vote at the next general election and support the homeless charities to lobby for real change with the current street homeless.”

Thousands of Afghans were evacuated in the weeks after the Taliban took control of the country.

Some were flown into Manchester Airport, where they were met by Red Cross volunteers .

Almost half were children and babies who were clinging to their parents when they landed with nothing but the clothes they were wearing.

One baby, not yet a month old, was wrapped in a blanket tied up with string.

Some of the new arrivals were placed on buses and sent to quarantine hotels in other parts of the country.

Others were placed in hotels in Greater Manchester, where they currently remain while the Home Office discusses funding accommodation arrangements with officials from the region’s ten councils and the Combined Authority.

The Home Office previously said hotels are still being used as a ‘temporary measure’ to house evacuees due to ‘unprecedented demand’.