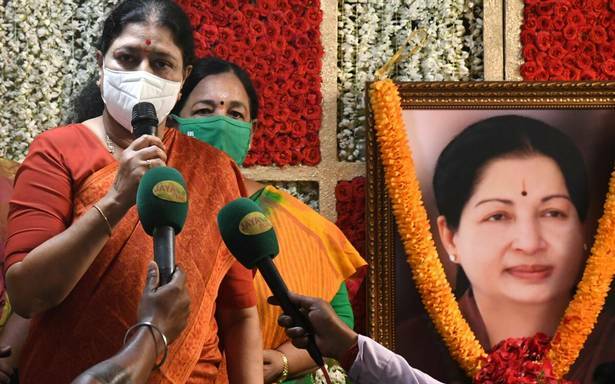 The High Court of Karnataka on Tuesday said that the Home Secretary will have to personally appear before it if the process of granting sanction and filing of final report is not completed in 30 days in a corruption case related to preferential facilities illegally given to V.K. Sasikala in Bengaluru central prison.

This pertains to the time when she was serving sentence in connection with corruption case against former Tamil Nadu Chief Minister Jayalalithaa.

“This court failed to understand why two months’ time is required. Sanction can be granted in a day if there a will,” the court observed while hearing a PIL petition filed by K.S. Gita, a 65-year-old social worker and an educationist from Chennai, who had questioned the delay in completion of the probe.

The court, while disposing of the petition on June 11, 2021, had set a deadline of two months for the ACB to complete the probe on the First Information Report registered bay back in 2018. However, ACB in August filed an application before the High Court seeking two more months time to complete the probe and the High Court on August 13 had sought status report on probe from the ACB.

When the ACB’s application came up for hearing on Tuesday, the counsel for ACB said that the agency needs two months as the competent authority in the State government has sought certain clarifications on the request made by the ACB for grant of sanction to proceed against four accused public servants.

The High Court, while disposing of the petition in June itself, had noted that there was considerable delay in probe and had made it clear that it was granting two months’ time in view of the then prevailing situation due to COVID-19 pandemic.