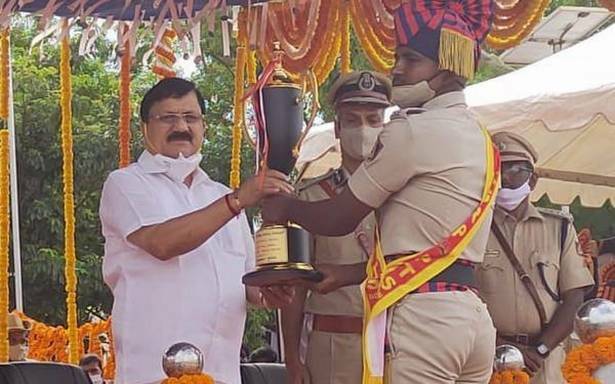 There is no question of dropping anyone from the list of accused in the narcotic drugs case, Home Minister Araga Jnanendra said in Belagavi on September 8. All are equal before the law and all offenders will face the legal process, he said.

He refuted rumours of the State police deleting names of some celebrities, including TV anchor Anushree, from the list of accused in the drugs case. “Police have not done anything like that. The State police is not under any pressure,” he said.

Regarding the inquiry into the gold smuggling case in Belagavi, allegedly involving some senior police officers, he said the probe was moving in the right direction. “We will not spare anyone. If senior officers have committed an offence, they will face legal action,” he said.

Some organisations in Belagavi have demanded that the Karnataka government allow Ganesh festival celebrations for 11 days.

The Home Minister said, “Experts have cautioned that we could face another wave of COVID-19. We have to be very careful at this juncture. We have to follow all possible precautions. Chief Minister Basavaraj Bommai has announced the decision to restrict the festivities, and it applies to the whole State. I have nothing to add to this.”