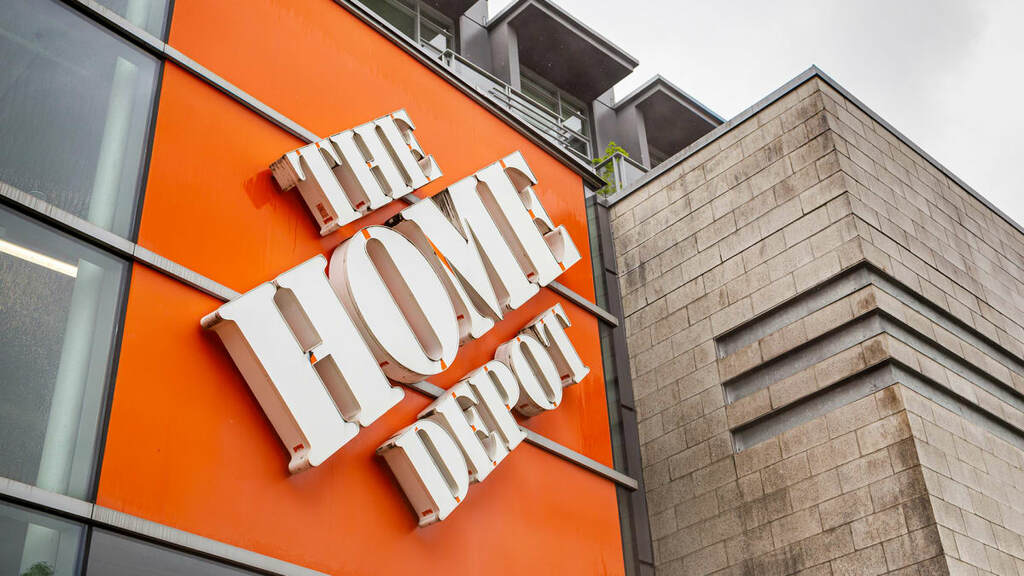 Loop Capital analyst Laura Champine cut her rating on Home Depot to 'hold', while loping $45 from her price target, taking it to $325 per share. Lowe's was also downgraded to 'hold', with a $220 price target.

"Supply chain issues represent a significant risk ... we may see persistent inflation push the Fed towards a rate increase within our 12-month time horizon," Champine wrote. "The environment overall seems more fraught with risk than it was even three months ago."

Home Depot itself noted "significant industry disruptions in supply chains" when it posted stronger-than-expected second quarter earnings, as well as the highest revenue tally on record, on August 17.

Same store sales were up 4.5% from last year, Home Depot said, just ahead of the Refinitiv forecast of 4.25%, while comparable sales in the U.S. were up 3.4%, a figure that fell well shy of Street forecasts. Average tickets, however, rose 11.3% to $82.48 per trip, helping the overall revenue increase even amid the slowing domestic traffic.

Lowe's also beat Street forecasts for its second quarter earnings, but followed its larger rival with disappointing same-store sales at its U.S. outlets.

Looking into the second half of the year, Lowe's said it sees revenues in the region of $92 billion, just ahead of the Refinitiv forecast of $91.6 billion, based on a 20% gain in comparable sales on a 2-year basis.

Walmart  (WMT Get Walmart Inc. Report, is also making arrangements to mitigate supply chain disruptions by installing a new COO for its U.S. business heading into the holiday season.

The change come as the world's biggest retailer begins its final holiday season push amid perhaps the most disrupted supply chains in decades, with shortages and delays expected to hit imports and boost prices.

Recent data suggests the base price of shipping a standard 40-foot-equivlaent container from Shanghai to New York has risen five-fold from pre-pandemic levels to $15,000, causing supply shortages from everything from clothing to shoes to furniture and household appliances.

The average waiting time for shipping vessels outside the port of Los Angeles is now around 8 days, with a backlog of 54 ships outside of Long Beach.