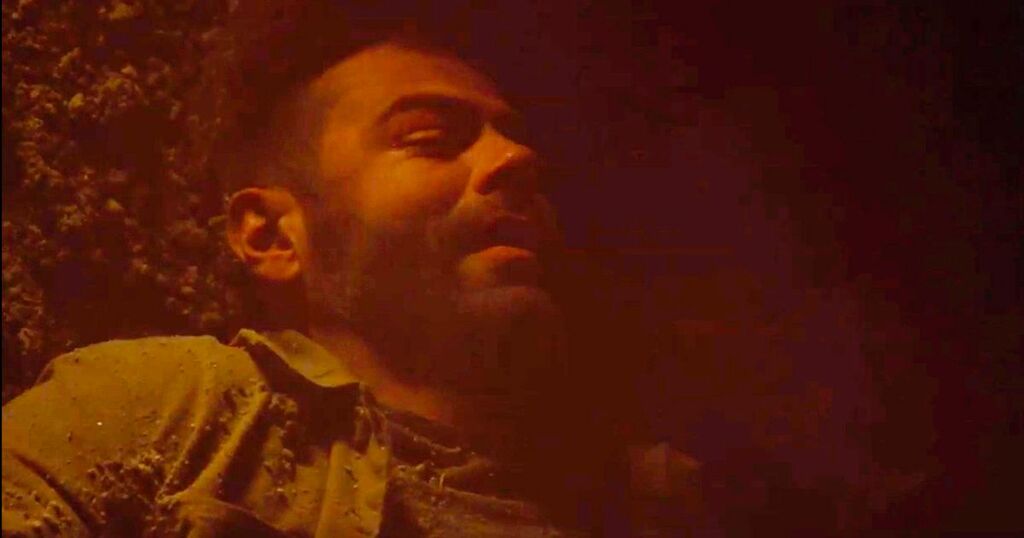 Hollyoaks aired heartbreaking and devastating scenes on Tuesday night, as an explosion ripped through the village.

One character was confirmed to be killed off, as two others also appeared to meet a gruesome end in the dramatic scenes.

Sylver McQueen risked his life to save stepson Bobby, only for the troubled youngster, aged 10, to leave him to die in the burning wreckage.

Bobby was meant to alert those outside the building that Sylver was trapped, but he lied he had not seen him before the soap hinted at a sinister twist linked to Bobby's serial killer great-grandfather, Silas Blissett.

Sylver's death was confirmed as the whole place exploded with him and two others still trapped inside, as his partner Mercedes screamed in grief outside.

Meanwhile, Bobby was seen crying before smirking at what he had done which remains a secret for now.

As for the others still trapped inside, siblings Celeste and Toby Faroe were in need of saving as they remained trapped.

Celeste had actually made it out, but ran back in to get her brother out after he decided he couldn't face the consequences for his actions.

He had just dropped the bombshell that he'd murdered his cousin Lisa Loveday in 2020 before framing his brother Mitchell - the person he was actually trying to kill.

Their dad Felix knew the entire time, leaving his wife Martine in turmoil as the secret came to light.

But as Celeste went back for her brother, the second explosion caused them to become injured and trapped, with Celeste losing consciousness.

Toby also seemed injured, as he sobbed and cradled his seemingly dying sister in his arms.

At the end of the episode another explosion tore through the building leaving everyone outside sure there would be no survivors, including their trapped loved ones.

Viewers will have to stay tuned this week to find out if the siblings survive, and to learn the fates of two other characters also fighting for their lives.

Romeo Quinn and his sister Juliet were both seriously injured in the blast and remain in hospital, while Juliet flatlined just as Peri agreed to marry her.

Viewers are now fearing the worst and that more deaths could be on the cards.

Hollyoaks airs weeknights at 6:30pm on Channel 4, with the next episode on E4 at 7pm.