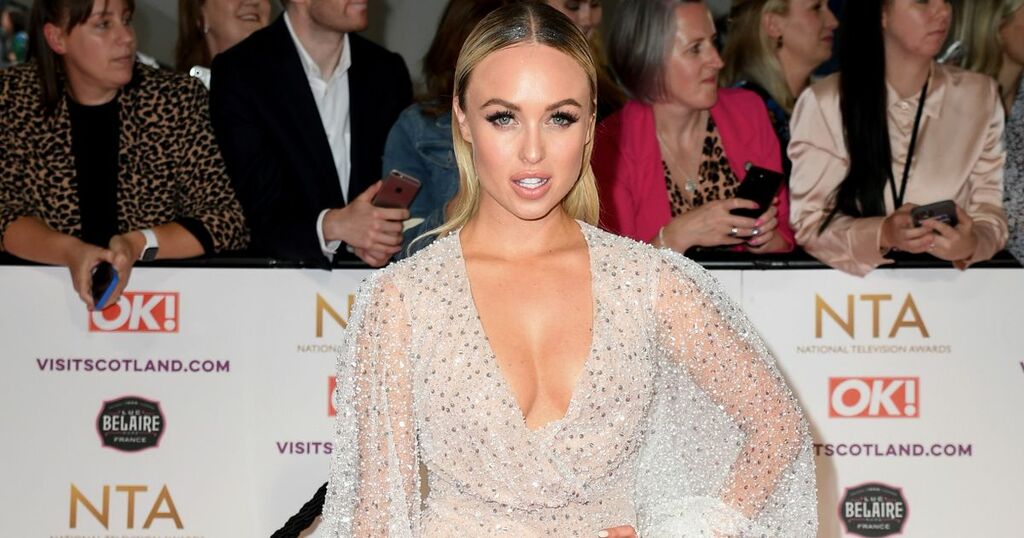 Glamorous Hollyoaks star Jorgie Porter always knows how to rock the red carpet - and certainly had the flashbulbs popping at the National TV Awards.

But now Salfordian Jorgie has revealed there was a not-so-glam secret behind her fabulous ensemble as she joined her fellow soap stars at TV's glitziest showbiz awards.

And Jorgie, who plays Hollyoaks favourite Theresa McQueen, gave fans quite an eyeful as she shared exactly how she kept her outfit intact during the event.

She shared a photo with her body strapped up with sticky PARCEL tape which is how she ensured there were no wardrobe malfunctions as she strutted the red carpet in a revealing slash-front golden gown by Manchester design queen Nadine Merabi.

She captioned the photo "A showbiz secret.... Fragile" in a nod to the writing on the parcel tape.

She further added on her instagram stories that "Wanna know a secret... under my dress I was fragile all night."

Fans were loving the fashion hack, although a fair few were keen to point out it might be a bit painful when it comes to removing the sticky tape.

One fan said simply: "ouch" while another added: "Damn... I bet that hurt taking it off."

Eccles born-and-raised Jorgie, 33, headed to the awards with fellow Hollyoaks cast and crew members - although they lost out to soap rivals Coronation Street on the big awards on the night.