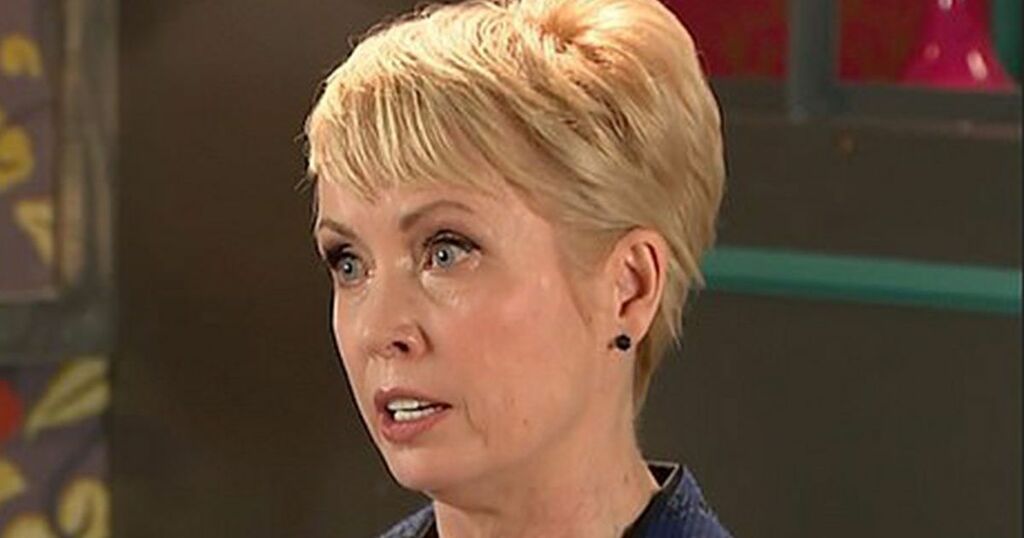 Lysette, 58, launched a scathing attack on her former employees on Thursday - hinting at a possible on-set divide and urged fans of the soap to "stop trying to cancel everything" during her Instagram rant.

In 2020 - in the wake of the Black Lives Matter movement gaining worldwide momentum - Rachel, 30, called out the soap for what she said was unfair treatment as a Black person on set.

Many of the former X Factor contestant's co-stars publicly backed her comments, but soap bosses' handling of the situation caused a narrative that wouldn't be out of place on the Channel 4 show - with rumours of cast members vowing to leave the soap "if something isn't done about it".

As the impact of the row rumbles on almost two years on, here is everything you need to know about the situation...

What did Rachel Adedeji say about working on the Hollyoaks set?

In June 2020 - as many brands and corporations publicly responded to the death of George Floyd - Hollyoaks announced plans to address the Black Lives Matter movement by using a special podcast about racism.

Rachel Adedeji - who was playing Lisa Loveday on the soap at the time - claimed the Channel 4 drama's intentions were a "disingenuous" and "performative" response to the protests against racism across the world.

The star took to Twitter to share her feedback on the show's attempt at solidarity, calling the podcast plans "the bare minimum".

Drawing on her own personal experiences, the award-nominated actress asked: ""Did Black Lives Matter when I was told 'You're all the same' by a make-up artist you employed, and remains in employment till this day?

"Did Black Lives Matter when a number of female black actors were forced to drastically change their hair, because if not, the viewers 'would not be able to tell them apart'?

She continued: "Do Black Lives Matter when my fellow black cast mates are deemed angry, aggressive and too vocal?

"Did Black Lives Matter when we were referred to as 'blackies' by a senior member of the production team? Do Black Lives really Matter to you if over the last 4 years at Hollyoaks, I have only worked with ONE black director?"

Rachel added that having a Black cast member speak on behalf of the soap as "not as progressive as you think" and stressed that despite "positive" aspects to working on the soap, more was required to make meaningful change.

Speaking at the time, a spokesperson for Hollyoaks said in a statement: "We are really concerned to read Rachel's comments on social media about Hollyoaks this evening. We will be in touch with Rachel directly."

Many of Rachel's co-stars publicly supported her detailed and lengthy analysis - including her on-screen family and Charlie Clapham, who played Freddie Roscoe between 2013 and 2017.

What did Lysette Anthony say about Rachel Adedeji's comments?

Shortly after Rachel spoke out, Lysette was accused of hitting out at fellow Hollyoaks stars for supporting the mum-of-one's stance against racism.

Posting the incriminating screenshot on Twitter on June 11 2020, the Freddie Roscoe actor tweeted: "Dear @chezLysette, if supporting a former castmate, whilst she speaks of being racially discriminated against, makes me a traitor... then so be it.

"As for embittered, you're currently finishing (finished) where I started out. Salty much?"

Rachel replied to Charlie's act of solidarity - also calling out Lysette for her alleged comments.

"@chezLysette you are actual trash," she wrote on Twitter at the time, adding: "Charlie, you are a King and a true ally!! Love you my bro!"

At the time, Hollyoaks declined to comment on tweets exchanged between past and present stars of the soap, but rumours were rife about an on-set rift.

The Sun reported at the time that there was "a lot of tension" over Lysette's comments and many stars were vowing to leave the soap "if something isn't done about it".

The soap's production company Lime Pictures did reveal plans related to how they will deal with reports of on-set racism and encouraged anyone working on the Channel 4 soap to come forward to raise any "issues of concern or instances of unacceptable behaviour".

"Lime Pictures strives to have zero tolerance of racism or any form of discrimination across all of its shows but it is clear we have further work to do," they said within a statement issued in 2020.

"We must stamp out implicit bias which means calling out racism wherever and whenever we see it. We will continue to add to our action plan as we continue and broaden our dialogue with cast and staff."

When and why did Rachel Adedeji leave Hollyoaks?

In June 2020 - just days after the Lisa Loveday actress voiced her concerns over on-set racism - it was confirmed Rachel would be leaving Hollyoaks.

With the timing coinciding with an investigation into racism and the prejudice the star experienced during her time on the show, it was revealed that the actress made her decision to quit months previously.

"Rachel made the decision to leave Hollyoaks to pursue other opportunities earlier last year, which saddened us at Hollyoaks as she is one of the leading cast members in the show," a spokesperson for the show said at the time.

"However, the notice period did allow the writers time to give Lisa Loveday an extremely gripping exit storyline. Viewers will see this story play out later this year as her final scenes were filmed shortly before lockdown."

Speaking via a spokesperson, Rachel said she enjoyed "her time on the show" while also confirming her exit.

"It had always been our intention for Rachel to leave the show after a period of time," the star's team revealed at the time.

"She loved her time on Hollyoaks, and the exit storyline was openly discussed with the producers and her together in a collaborative format."

Rachel's final scenes as Lisa Loveday aired just months after - with the popular Hollyoaks character meeting her demise at the hands of Toby Faroe (Bobby Gordon) in September 2020.