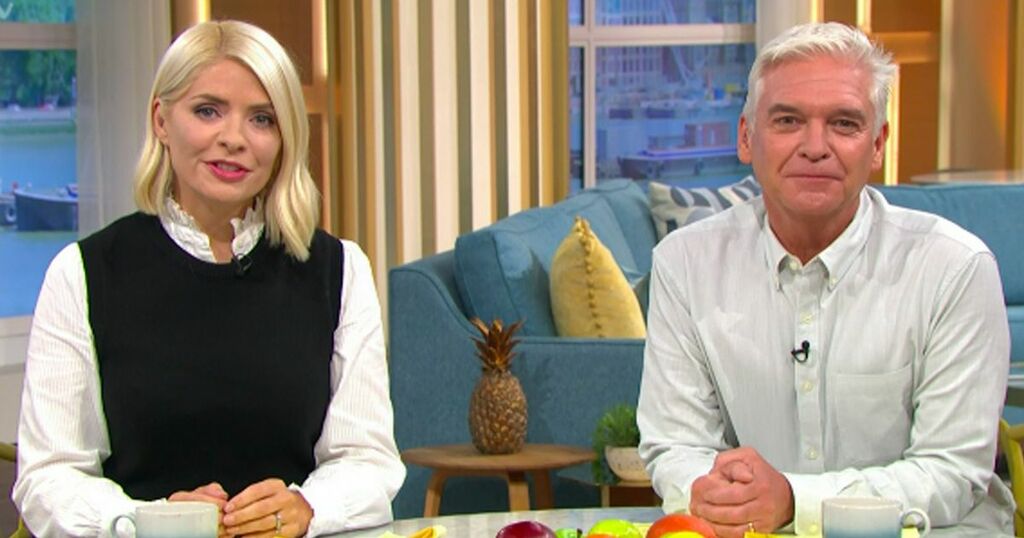 Holly Willoughby has revealed that recent conflicting reports about whether or not teenagers should have the Covid vaccination has made her think about her own children.

During Tuesday's This Morning, she and her co-host Phillip Schofield invited two doctors onto the show to discuss the option of the jab being offered to 12-15 year olds.

Dr Renee Hoenderkamp spoke first and stated that no one under the age of 20 had passed away from Covid this year.

She also informed Holly and Phillip: "This virus does very little harm, more people, more children under the age of 14 die from chicken pox and parents don't lock their children away or give them a vaccine."

The medical professional also mentioned the fact that the death of a 13-year-old is being investigated by the CDC in the US after they died after being vaccinated.

As Holly directed the conversation to the other doctor, she said: "Let's ask Dr Philippa now because obviously, I’ve got a 12 year old son, so hearing some of those things it does make you think a little bit there..."

Dr Philippa argued: "The JCVI (Joint Committee on Vaccination and Immunisation) figures are different to the figures that Dr Renee has just said, and they have said that per million children who are vaccinated, we would save 87 hospital admissions."

On Monday, Vaccines Minister Nadhim Zahawi confirmed that all children aged 12 to 15 will be offered one dose of the Covid vaccine from next week.

Making an announcement in the Commons, Mr Zahawi said the rollout will move "with the same sense of urgency we've had at every point in our vaccination programme".

He insisted "no one should be stigmatised" with this vaccination programme and parental consent will be needed for vaccinations of 12 to 15-year-olds.

But children can overrule parents who do not want them to get the jab if deemed “competent”.

This confirmation comes after the UK's four chief medical officers recommended a universal rollout of the Pfizer jab to three million more children after concluding it would reduce outbreaks in schools.