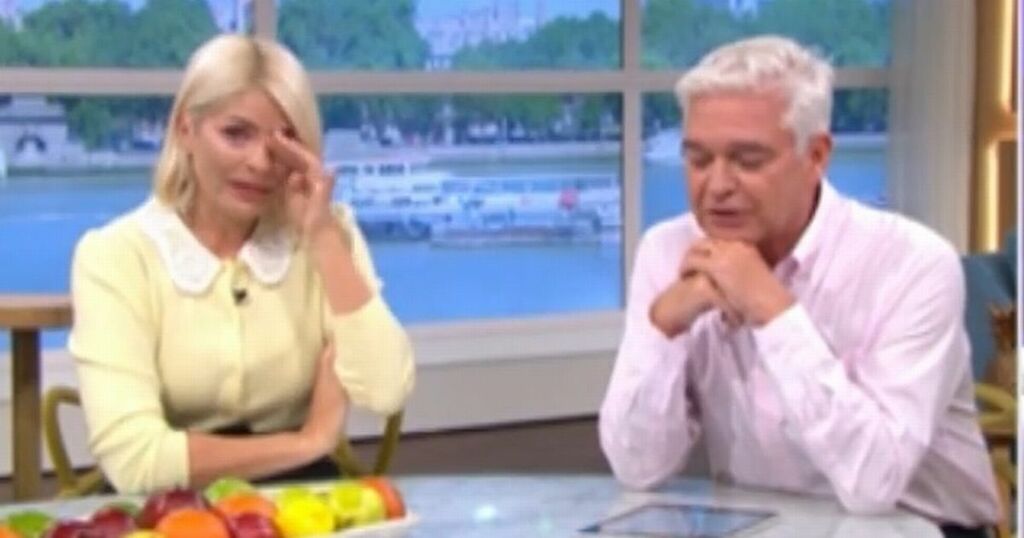 Holly Willoughby was reduced to tears on This Morning as she spoke to Kate Garraway.

The TV star and co-host Phillip Schofield were joined on Thursday's show by the Good Morning Britain host via video link from the Smooth Radio studio.

Holly and Phil were chatting to their ITV co-star about her documentary Finding Derek ahead of the National Television Awards this evening.

Kate, 54, is up for the documentary gong at the ceremony, which will air live on ITV tonight, after filming her husband Derek Draper's progress after coronavirus "wreaked havoc" on his body after he contracted it last year.

The radio and TV host gave an update on Derek's condition which she said was "tough" and "painfully slow."

She was also asked about her hesitation to attend the NTAs and admitted she had felt "very sad" this week.

Kate also heartbreakingly said to those wh o don't think Covid exists should spend "an hour" in her home.

But as the interview came to an end, Holly became overcome with emotion.

"You are a remarkable woman. Thank you so much for talking to us today," Phillip said to Kate as Holly cried alongside him.

"Aw Holly are you crying?" Kate asked her. "I can't see you, please don't cry!

"I don't want to make everybody miserable."

"I know but you've done so well," Holly told her as she wiped her eyes. "Well done."

Kate replied: "I want to hug you," as Holly apologised for getting upset using her sleeve to wipe away her tears.

"You're going to make me cry now," Kate added.

"We'll see you tonight," Holly said as she tried to pull it back together.

And This Morning viewers felt Holly's emotions too.

"Holly crying for Kate. Bless her. I was nearly crying too. Such a powerful documentary," tweeted one.

Another said: "Im in bits too holly. What a woman so brave and strong sending so much love hugs too kate derrick and there kids @kategarraway #ThisMorning."

"Awww Kate Garraway #ThisMorning an amazingly honest lovely woman. Get your frock and go to those awards," a third encouraged.