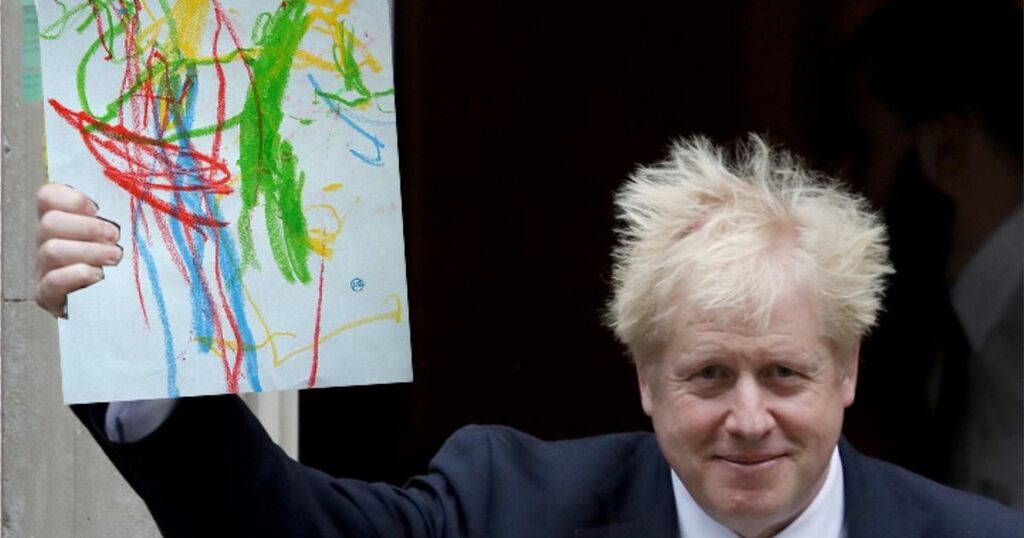 Guess who is casually painting at his easel for a second day on a Spanish sunshine holiday in a crony’s luxury villa?

Showing this sort of lofty contempt for the voters will backfire on the Prime Minister.

With families being advised to plan for Christmas to avoid shortages and Covid rates soaring to Europe’s worst, he couldn’t have picked a worse time to vacate Downing Street.

The relatives of those who needlessly died from Covid due to his late and muddled response to the pandemic resent his failure to issue an apology while others resent bearing the brunt of his damaging policies as he unwinds abroad.

If Johnson isn’t bothered about doing the hard work of leading our nation, he should make way for somebody who is.

European Union proposals to halve customs paperwork between Great Britain and Northern Ireland so most foods aren’t checked would be grabbed eagerly by a sensible Government.

Should Boris Johnson and his Brexit Secretary, unelected peer David Frost, instead grandstand, their irresponsibility won’t be forgiven.

Let us never forget Johnson and Frost negotiated and hailed as “excellent” the Brexit deal, including the protocol they now oppose.

They also signed the treaty moving the trade border down the Irish Sea.

Back on earth, his infectious enthusiasm for an out-of-this-world trip shows there’s no frontier the older generation cannot cross.