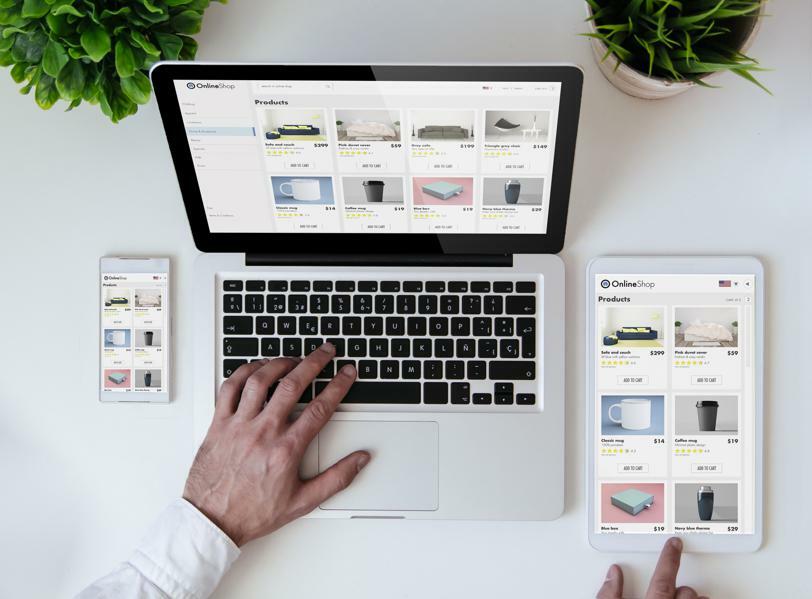 American consumers spent a record-breaking $204.5 billion online during the holiday season, despite higher prices, weaker discounts and a snarled supply chain that created 6 billion out-of-stock messages in November and December, according to the latest figures from the Adobe Digital Economy Index, released today.

The record holiday spending - this is the first time since Adobe began tracking e-commerce that holiday sales topped $200 billion - occurred along with a record number of out-of-stock messages. Out-of-stock messages were up 10% over holiday 2020, and up 253% compared to pre-pandemic holiday 2019.

While the 6 billion number is shocking, it didn’t significantly curb spending, with consumers apparently choosing to replace out-of-stock selections with other items.

This year’s growth confirms that the online shift triggered by the pandemic is permanent.

“The question coming into 2021’s holiday season was would we be able to hold on to those gains and keep pace with that momentum,” Vivek Pandya, lead analyst, Adobe Digital Insights said. “The step change we experienced in 2020 - that 32% increase - was pretty staggering,” he said.

“We have a net new consumer base that used to shop rarely or not at all online before the pandemic,” Pandya said. “That is the new consumer we still continue to hold.”

Consumers also broke a record for the number of days during the holiday season when spending exceeded $3 billion. There were 38 such days this holiday season, compared to 25 such days in 2020.

But the traditional e-commerce superstars of the holiday season - Black Friday and Cyber Monday - were less important this year, as supply chain worries caused consumers to shop earlier, and spending was spread out more over the season.

November spending before Thanksgiving Day was up 19.2% over 2020, but Cyber Week spending - Thanksgiving to Cyber Monday - was down 1.4%.

Heading into the holiday season Adobe analysts had anticipated online growth of between 5 and 15% in November and December. The actual figure fell at the midpoint of that range.

“We did see pretty strong buying in October,” he said, “especially mid-to-late October.”

Buy now, pay later payment options saw double digit growth during the seaon, with revenue up 27% and orders placed using delayed payment up 10%. Consumers are spending an average of $224 using buy now, pay later, with roughly three items in their shopping carts for pay later options, according to Adobe.

The majority of consumers made their online holiday purchases using a desktop or laptop computer, but smartphone-enabled shopping increased to 43% of online spending, up from 40% in 2020. This year there were 6 days when over 50% of purchases were made via smartphones - Thanksgiving, December 18 and 19, Christmas Eve, Christmas Day, and December 26. Last year there was only one day, Christmas Day, when smartphone-enabled shopping exceeded 50%.

Adobe also reported today that online prices rose 3.1% year-over-year in December and 0.8% month over month, according to the Adobe Digital Price index. December was the 19th consecutive month of online inflation, and it followed a record 3.5% year-over-year jump in November.