Hole in your budget: is the most annoying ad of the election also the most effective?

In the first week of this six-week election lead-up, our experts analysed Scott Morrison’s “stalker cam” ad. Next was the United Australia party’s sloshing sea of yellow, followed by Labor’s attack ads. Then it was the Greens doing Grindr, and the teals’ attempts to seal the deal.

This week, as the campaign period draws to a close, we asked Dr Andrew Hughes, a political marketing lecturer at the Australian National University, and the University of Canberra’s Dr Chris Wallace, to talk about the best and the worst advertisements of this election.

Both Wallace and Hughes swiftly picked the one they hated the most. The Coalition’s holey bucket.

In the ad, released last week, a rusted bucket sits in a spotlight, with a faded Labor symbol on it.

“There’s a hole in your budget, dear Labor, dear Labor,” the female narrator sings, then headlines flash on the screen warning of economic disaster under Labor.

The song finishes, and a male voice intones:

“It won’t be easy under Albanese.”

“Every time I hear it and see it I want to throw a rock at the television,” Wallace says.

Hughes agrees: “It’s driven us all bonkers, because it’s been on ad nauseam, on whatever channel, and even on social media platforms. It’s getting traction for all the wrong reasons.

“There’s a hole in people’s heads from it. Focus groups would have said, ‘Labor, our fear is they spend and tax big’ … That does not translate into a leaky bucket ad. It doesn’t take long to make a video these days, why not have the creative content out there?”

He likens it to the government’s Covid ad that showed a woman in intensive care, gasping for air. It got attention, he says, but missed the mark.

“They were targeting people who couldn’t get the vaccine,” he says.

What ads were successful? Wallace says while she hates the bucket ad, unfortunately the song was an “ear worm”, whose “annoyingness makes it extremely memorable”.

It reminded her of the “Whinging Wendy” Labor ads of 1987, she says, referring to ads featuring a woman looking down the barrel of the camera, asking John Howard what cuts he would make in office.

“The repetitiveness is … so annoying but so effective,” she says.

Wallace says one of the criticisms of Labor’s 2019 campaign in her book, How to Win an Election, was that the party did not put out a single memorable ad.

“That’s true this campaign as well, and I think that’s a problem,” she says.

“The conservative side of politics understands that it’s emotion that moves voters. On the progressive side of politics, people think if you test the facts and come up with a good policy, that’s it. They don’t understand that you have to harness emotions to win voters.

“Labor still has not learned that. The whole advertising industry is built on that idea, that you win people and get them to do things using emotion not reason. If you’re not coming up with ads that move voters, that’s a failure of political craft.”

Hughes also struggles to nominate an ad he actually likes, although he says the “teal” candidates resisted the urge to go low.

“They rarely dipped their toes in anything negative,” he says.

“It was a breath of fresh air … against these old, stuffy campaigns from both parties that are wholly negative. Look at the falling of the primary vote count. It’s [because of] negative campaigning.”

He adds that he thinks Australians are sick of Clive Palmer’s United Australia party ads, and that people have told him they think the best ads came from a party they’d never consider voting for.

“People said to me the Pauline Hanson cartoon series was the most convincing thing they saw all campaign,” he says.

The broadcast media blackout kicked in on Wednesday night, which is expected to only increase the amount of social media advertising rolled out over the next few days. 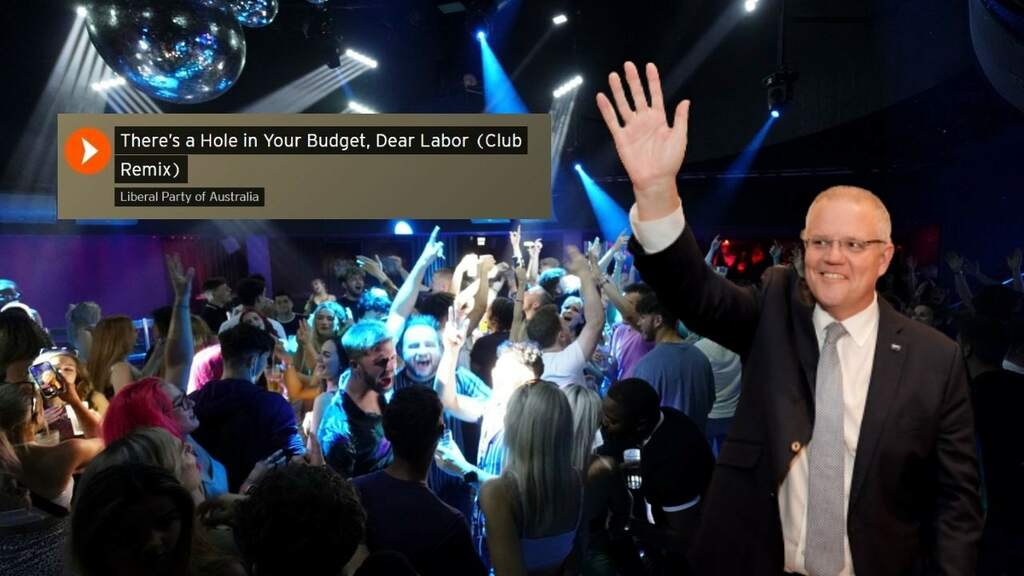 Not To Be Dramatic But The Club Mix Of The LNP’s ‘Dear Labor’ Ad Needs To Be Deleted From Earth
Who did this?

Pedestrian.tv
One subscription that gives you access to news from hundreds of sites
Australian conservative party faces teal independent threat

The Independent UK
The Guardian view on the Australian federal election: say no to spin and inaction