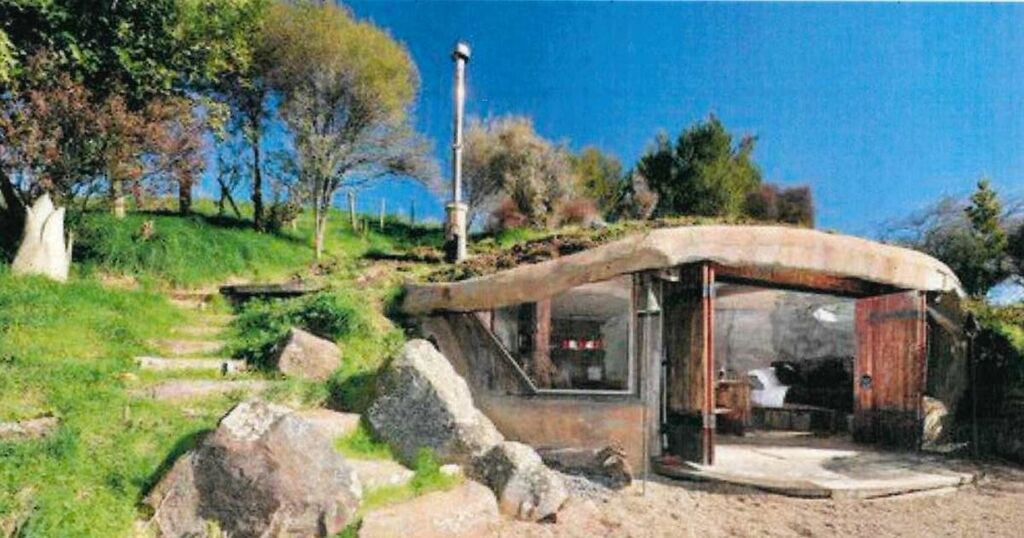 A bold planning bid to build a treehouse, Hobbit-style burrow and other glamping facilities near the Peak District National Park is set for rejection.

The scheme includes include three safari tents, a yurt, pigeon loft, burrow, shepherd’s hut and a treehouse as part of a glamping site in Bradbourne, DerbyshireLive reports.

Despite tourism chiefs and leaders in the area throwing their weight behind the application, the Lord Of The Rings-inspired scheme 'shall not pass', according to Derbyshire Dales District Council officers.

READ MORE: Manchester Food and Drink Festival 2021 dates, programme and everything you need to know

The Hobbit-hole style 'burrow' would be built in a wildflower meadow and would be dug into the existing bank and buried into the hillside, with concrete walls and a grass roof.

It would have wooden windows and a wooden door along with a one-metre square skylight, and would have two bedrooms. It would be clad in limestone panels.

The burrow would measure 5.7 metres in length, 9.75 metres in width and would be 2.4 metres tall.

The treehouse would be built in woodland on the site and would include three spherical pod structures, connected by a raised wood-plank boardwalk along with a viewing platform.

The safari tents would comprise a steel frame with canvas walls and roof and measure five metres by 14 metres and 3.4 metres in height at the ridge.

Each tent would include a wash room and shower cabin, along with a chimney for the stove.

The pigeon loft would be a small timber cabin building on brick stilts, built in a wildflower meadow. The sleeping area would be a number of bunk beds on a mezzanine floor above the living and cooking area.

The yurt would be a wooden frame covered with canvas and would measure six metres in diameter.

It would include a decking area, along with a toilet and shower area, and would be dismantled in the winter.

Finally, the shepherd’s hut is a cabin-like carriage structure on wheels with a corrugated steel roof, which contains a kitchen, dining room, bedroom, sitting area and storeroom. It would measure six metres by 2.5 metres with an outdoor decking area.

Historic England has raised concerns over the application, saying it would be 'likely to result in a high degree of impact on the rural countryside setting and significance of the highly graded listed farmhouse'.

The Peak District National Park Authority says the scheme would have a 'limited impact', but that the view of the safari tents from the surrounding area “raise some concerns” and it has asked for the development to be altered.

Coun Garry Purdy, leader of the authority, wrote: “I am not fully up to speed with our policies on such holiday sites as this application, although I am well aware that it is a growing sector in the holiday market.

“Such initiatives are welcomed as this in order to add value and extra income through the holiday makers to the Derbyshire Dales.”

Marketing Peak District and Derbyshire has given its support to the scheme, saying it would bring new visitors to the area.

It said: “We welcome proposals which invest in the quality of the visitor experience and complement the existing tourism offer in the Peak District and Derbyshire.

“As a destination we lack accommodation of this kind, this development would be an added benefit to the destination, Derbyshire Dales and the local community.”

District council planning officers, recommending refusal, wrote: “The proposal is in a remote rural location not served by public transport such that visitors would be wholly reliant on the private car to access the facility. The proposal as such is an unsustainable form of rural tourism.”

They say the site’s visibility from the surrounding area is “considered to [represent] harm to the character and appearance of the countryside and wider setting of the National Park”.

A statement submitted by the applicants with their submission, says: “The proposals seek to positively enhance the subject site, creating a sustainable glamping site, with eight individually designed and built pods, each sensitively located across the eleven-acre site.