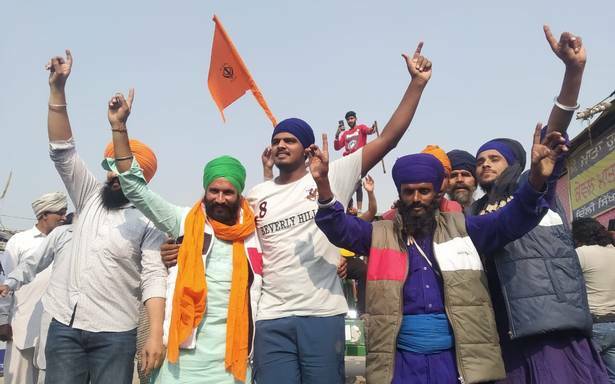 The Samyukt Kisan Morcha, a platform of protesting farmer unions, has welcomed the Prime Minister’s announcement on the repeal of three contentious farm laws as a “historic victory” but noted that its struggle includes other demands regarding remunerative prices and electricity rates. It has not yet taken a decision on whether or when to withdraw its year-long agitation.

In an initial statement issued after the Prime Minister’s announcement, the SKM said it would wait for the announcement to take effect through parliamentary procedures. “If this happens, it will be a historic victory of the year-long farmers’ struggle in India,” said the statement.

“However, nearly 700 farmers have been martyred in this struggle. The Central Government’s obstinacy is responsible for these avoidable deaths, including the murders at Lakhimpur Kheri,” it added.

The body also emphasised that the repeal of the three laws was not the only demand of the protesting unions. They had also called for a statutory legal guarantee that all farmers will receive minimum support prices for their produce and withdrawal of the Electricity Amendment Bill.

“SKM will take note of all developments, hold its meeting soon and announce further,” added the statement.