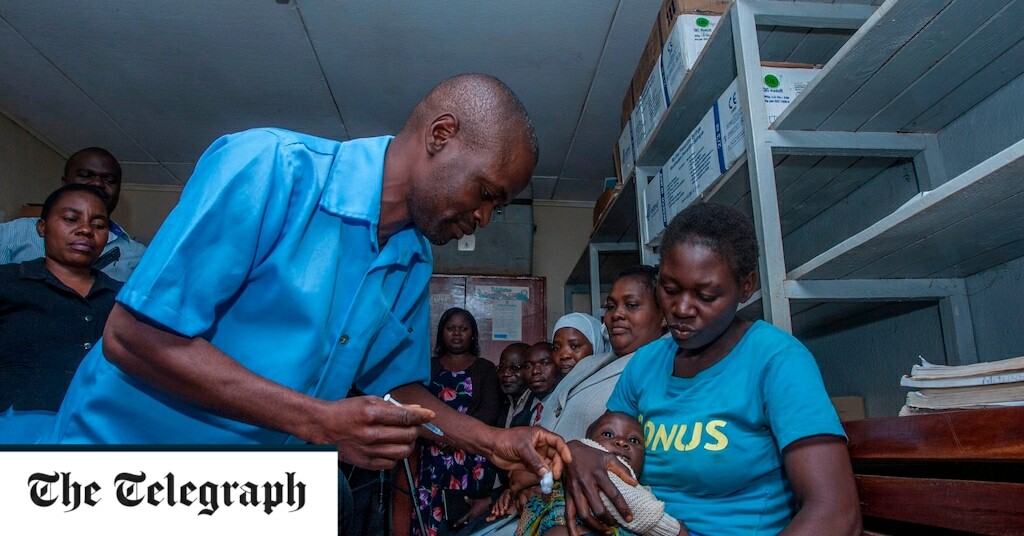 A malaria vaccine will be available to children across sub-Saharan Africa for the first time ever in what the head of the World Health Organization described as a “breakthrough for science” that could save thousands of lives every year.

In a pilot programme run in Ghana, Kenya and Malawi the vaccine, known as RTS,S and developed by UK pharmaceutical giant GSK, cut hospitalisations for severe malaria by 30 per cent.

RTS,S is the first and only vaccine to have shown such promising results but because it has to be given in three doses administered a month apart, with a fourth dose a year later, the WHO wanted to see how it performed in a “real-world” setting before giving it the go ahead.

“The long-awaited malaria vaccine for children is a breakthrough for science, child health and malaria control,” he said. “Using this vaccine on top of existing tools to prevent malaria could save tens of thousands of young lives each year.”

Dr Matshidiso Moeti, WHO regional director for Africa, described the vaccine as a game changer.

“Today’s recommendation offers a glimmer of hope for the continent which shoulders the heaviest burden of the disease and we expect many more African children to be protected from malaria and grow into healthy adults.”

The WHO gave the go-ahead based on recommendations of two advisory panels that deemed the jab was cost effective, feasible to deliver and had no impact on the uptake of bed nets or other preventive measures. The panels also found no evidence of safety concerns flagged during clinical trials.

Experts hope RTS,S will become another important tool, alongside bed nets and preventive drugs, in the fight against a disease that still kills around 260,000 young children in Africa every year.

Dr Pedro Alonso, director of WHO’s malaria programme, said the jab would have a huge impact despite its low efficacy rate compared to vaccines against diseases such as Covid.

“I don’t think we are within reach of a highly efficacious vaccine yet but what we have right now is a vaccine that can be deployed, that is accepted, that is safe and that can have a massive impact in terms of lives saved and episodes of malaria… Given the magnitude of what malaria represents it is probably one of the most impactful vaccines that one could actually be using in Africa right now,” he said.

The number of cases of malaria have plummeted in the last two decades but progress has stalled in recent years. For half a century an effective vaccine has been a holy grail in the fight against the mosquito-borne disease but research funding has been patchy and the science is difficult: the malaria parasite has a complex life cycle and the ability to mutate and evade the immune system.

Professor Sir Brian Greenwood from the London School of Hygiene & Tropical Medicine who has played a pivotal role in malaria vaccination trials and research, said: “The RTS,S vaccine does not provide complete protection but this decision is testament to the global health community's drive and vision to find a way forward.

“It has great potential to reduce death and illness in high burden areas, especially when combined with other interventions such as seasonal malaria chemoprevention and bed nets, and be a huge boost to malaria control efforts.”

A trial earlier this year showed that combining antimalarial drugs with the RTS,S vaccine, and giving them just before the peak transmission period of the rainy season, could cut child deaths from malaria by more than 70 per cent.

Another vaccine is snapping at the heels of RTS,S with researchers at Oxford University unveiling results earlier this year showing that its R21 jab had 77 per cent efficacy against malaria. Its lead investigator, Professor Adrian Hill, called for fast-track approval of the jab if phase three trials show similar results.

It is unclear when the RTS,S vaccine will be rolled out or how much it will cost although GSK said it would supply 15 million doses every year at no more than five per cent above the cost of production.

Dr Abdourahmane Diallo, CEO of the RBM Partnership to End Malaria, said: “Following today’s recommendation, countries will need to determine if and how RTS,S can complement their malaria prevention and control strategy by evaluating a range of considerations, including epidemiology, supply, cost and logistics, to determine when and where RTS,S can be most effective.

“Further investment must therefore be mobilised to fund the vaccine and ensure it is readily accessible to countries that decide to use it.”