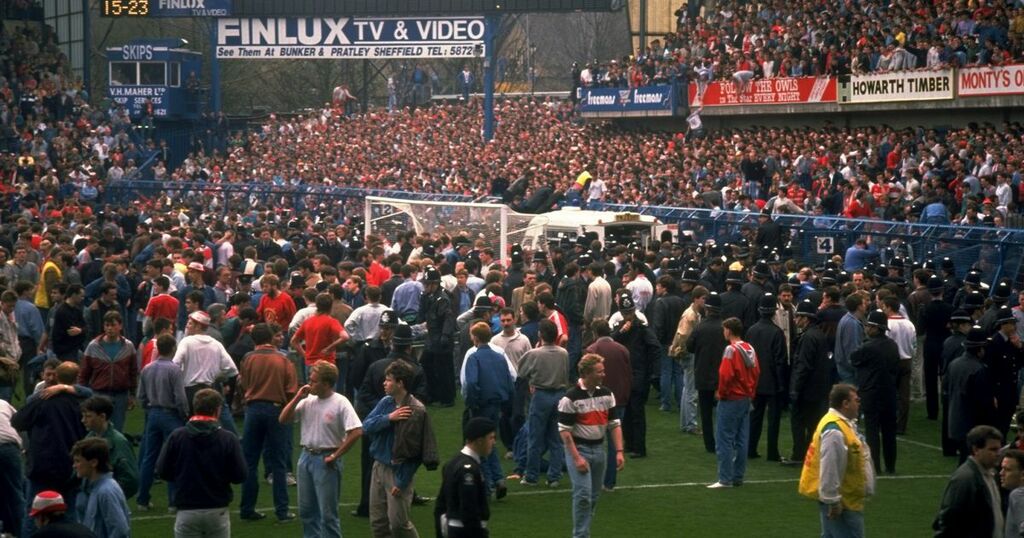 Grieving families whose loved ones die in major disasters should be represented by a Public Advocate to fight their corner, MPs will hear on Thursday.

In a letter published in the Mirror, families whose relatives perished in the Hillsborough tragedy call for the role to be created to build trust in the legal system and help the bereaved navigate their way through red tape.

MPs will discuss the plan in what is expected to be an emotionally-charged three-hour debate in the Commons on Thursday afternoon.

In their letter, Hillsborough families argue a Public Advocate would help prevent decades-long battles for the truth and bolster relatives' fight against judicial bureaucracy.

“It took us 23 years of relentless campaigning to have the truth about what happened to our family members finally officially acknowledged,” they write.

“We do not want any other families to endure what we have had to go through simply because they are caught up in a disaster through no fault of their own.

“We believe that an independent Public Advocate ... would stop families bereaved by public disasters in future from ever having to go through what we have had to endure over the last 32 years.”

Former Justice Minister and ex-Shadow Culture Secretary Maria Eagle, a Merseyside MP who leads Thursday's debate, told the Mirror: “Having a Public Advocate could stop what's happened to the Hillsborough families – which is an extreme example – happening again, simply because you have the misfortune to have a family member caught up in a disaster that was none of their fault.

“To get a change in the law that will help families in future not have to go through what they have gone through would be not only a positive monument to their lost loved ones – a positive achievement in their name – but also a recognition of the great resilience and fight of the families and survivors who have carried on all this time.”

The April 1989 disaster at an FA Cup semi-final claimed the lives of 97 Liverpool FC fans.

A cover-up tried to smear the victims, accusing fans of being drunk and ticketless.

The original 1991 inquests ruled their deaths were accidental.

But those verdicts were quashed following the 2012 Hillsborough Independent Panel's damning report into the disaster and subsequent cover up – the first victory for bereaved relatives.

A coroner ruled in 2016 the deaths were unlawful – but only after families were forced to wage a bitter fight for “justice”.

Two retired police officers and an ex-solicitor accused of altering police statements in the aftermath of the disaster were cleared in May this year after a judge ruled they had no case to answer.

Former lawyer Ms Eagle said a Public Advocate would have aided families in their quest for justice.

“They only had legal recourse and every effort they made had been rebuffed. They had been treated really badly,” she said.

“These were families who had done nothing wrong. They had been thwarted at every turn by the legal system which failed again and again to defend their interests.

“There have been other disasters and there will be.

“A Public Advocate would be there to be called upon if the collective will of the bereaved families is that they should be called upon.

“It's a voice that acts as a way in for the collective – a two-way street to both represent the views of the families to the authorities, but also to explain things better to the individuals.”

An Advocate would be able to “shine a light at a much earlier stage” in proceedings if authorities tried to shift blame or dodge responsibility, said the MP.

They could “compel the production of documentation they could then reveal” – torpedoing attempted cover-ups and smear campaigns.

Trust is “central” in taking on “vested interests” and providing “transparency” following major tragedies, she added.

An Advocate could have played a vital role in the aftermath of the 2017 Grenfell disaster, when fire ripped through a 24-storey West London tower block, killing 72 people, said Ms Eagle.

“Look at what's happening with Grenfell now – the families don't exactly feel like they are being listened to,” she warned.

“The role has to be there and ready to spring into action if the families want it.”

The families' letter in full

We are members of families bereaved by the Hillsborough disaster more than 32 years ago who have been active in the campaign for truth and justice.

It took us 23 years of relentless campaigning to have the truth about what happened to our family members finally officially acknowledged.

It took 26 years to get accurate inquest verdicts of unlawful killing.

The collapse of the criminal trials in May means that after 32 years no-one responsible has been held to account by our criminal justice system for the unlawful killings of 97 innocent children, women and men.

We do not want any other families to endure what we have had to go through simply because they are caught up in a disaster through no fault of their own.

We believe that an independent Public Advocate as proposed by Maria Eagle MP and Lord Michael Wills would stop families bereaved by public disasters in future from ever having to go through what we have had to endure over the last 32 years.

We note that the Government of Theresa May consulted on establishing such an office in 2017 but the proposal appears to have been dropped by the current Government.

We hope that the Lord Chancellor will use the occasion of the debate in the House of Commons on September 16 to announce the creation of an independent Public Advocate as promised in his 2017 manifesto.

We consider that such a change will be an important part of the legacy of the 97 and of our long and hard campaign for truth and justice.

Margaret and Jimmy Aspinall and family

Julie and Leo Fallon and family

Alan and Theresa Arrowsmith and family