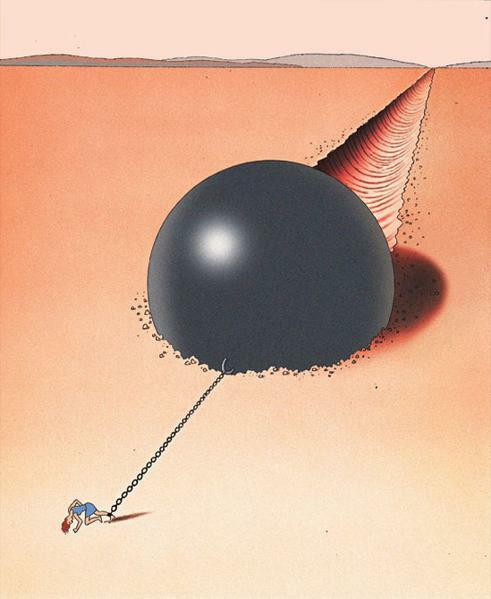 If there is a curious confirmation of the Post-Covid world, we find ourselves dealing with extremely polarized social, economic and political elements, much more than before the pandemic. It seems that the virus has infected some of these elements, making them better than hoped for, while others have been thrown into the chasms of their most shameful abysses. That is what happens when the human being, surprised by his vulnerabilities, reacts by drawing on the resources s/he has cultivated over time. Those, who out of laziness, ignorance, or just distraction, are not worried about them, have little from which to draw. They usually are the ones who, in the face of change, try to restore the status quo, saying that "it has always been done this way" or try to cling desperately to stagnant and destructive dynamics. This creates a hellish circle that always forces them to use the same statements with the media, the same small low-level practices and the same effort so that they no longer realize that they are traveling close to the ground instead of in the fresh and clean air used by those who know how to fly high. According to the World Health Organization, the annual suicide rate in the world, as mentioned a few days ago on the day dedicated to this phenomenon, represents 1.5% of all causes of death and is the second among the young people between 15 and 24 years old. The increase in incidence appears to be related to a general trend towards an increase in developmental mood disorders in developed countries. From direct experience, the high highs, and low lows also have a direct impact on organizations. And this is how complex challenges, such as rebuilding a bank after major mistakes and difficulties from previous management, are accepted by far-sighted, sophisticated leaders capable of profound vision and sensible thought. This is the case of Credit Suisse and its newly appointed Chairman, Antonio Horta-Osorio, who quickly got to work going far beyond his institutional duties and without wasting any time. An additional high point in creating value based on the strength of data and the ability to aggregate intelligent, innovative, advanced entities is the case of Cedacri-Cerved. Here a forward-thinking entrepreneur, Andrea Pignataro, who after taking over Cedacri, an IT services company for banks and financial institutions, was able to complete the takeover bid for Cerved, a leader in extensive data management and business information. He built the foundations for strategic aggregation in the Big Data and financial sector with a very long-term view. Another high, high peak. I'll spare you the list of under-the-table battles and low lows that hinder the creation of value, despite the management's efforts that have demonstrated an outstanding performance. I am not referring only to Generali and its difficulty in roaming from one board renewal to another but to all those situations in which consolidated governance does not allow to focus only on results, forcing the dispersion of energy and efforts in a thousand pointless and political directions in the worst sense.

Certainly, low, low signals. In this context, one of the discussions on the subject of governance used to justify one's position on the barricades is that of being self-referential on the boards of directors’ lists, those lists proposed by the outgoing board of directors according to a model that is also gaining speed in Italy, as in the cases of Mediobanca, Unicredit and Generali. It must be said that it is struggling to assert itself because some argue that a board of directors expressed by the outgoing board itself means appointing a "self-referential" board. However, this means confusing an instrument with the delicacy of its use—another of the low, lows of media manipulation. It is not the lists of the board of directors that are self-referential, nor are the lists made otherwise. The state of being self-referential is a state of mind of those who are represented on the lists, if anything. Just as in the debate on inclusion, the difference of gender or ethnicity is confused with the real discriminant, the difference in social class (as taught by Elliott Major, Professor of Social Mobility at Exeter University). The discussion touches some low lows in a transversal way, endangering the only real prospect that guarantees long-term prosperity; that is the alignment among talents, strategies, and risks. TSR is an acronym that Bill McNabb, Ram Charan, and Dennis Carey have well expressed in their recent study on boards and the need to raise investor awareness on these three elements. A high, high study that opens an overview I fear too sophisticated for those in the low lows already creating a disturbing reason to let the best managers escape from the organizations and to keep those who adapt to the inferior practices. Whereby “inferior”, I mean that part of the word that refers to the Inferi, the underworld of Dante's memory. And Italy seems to be the natural set for this miserable performance.