Higgins among five key inclusions for Macquarie against Wyong

The Higgins brothers Luke and Liam are among five key Macquarie players who have been declared fit to face similarly placed Wyong on Saturday.

The Scorpions, equal fourth with Wyong on eight points, make the trip to Morry Breen Oval to play the Roos in Newcastle Rugby League's eighth round.

Injury-depleted in recent games, the Scorpions will be boosted by the inclusion of not only the Higgins boys, but Ben Roose, Connor Kirkwood and Jeremy Gibson.

The five players had left coach Steve Kidd sweating on their fitness this week but were all confirmed as right to go on Thursday night.

Luke Higgins returns after missing both Macquarie's 30-0 win over Kurri Kurri last Sunday and the Newcastle Rebels win over Canberra the day prior. The versatile forward had suffered a hip-felxor injury in the warm-up for the representative fixture.

It has been a mixed start to the year for the Scorpions, posting four wins and two losses. However the club has a game in hand on the Roos, who have managed four wins and had three losses.

"We've been a little bit inconsistent and that's probably a fair reflection on how we've trained," Kidd said.

"We've been on and off all the time, as everyone else has been, and it's been hard to get into a rhythm.

Kidd has been pleased with his side's defensive effort this season considering the constant changtes and believes they are well-placed after six games.

"We've had a lot of disruption in our spine," he said.

"Defensively we've been really good and the numbers probably reflect that.

"Our attack has been a little bit clunky, but we're finding our way. There's still 12 games to go."

Kidd, who has previously coached at Cessnock and Central, said Wyong would be a "formidable" opponent, highlighting their recent results against the competition's front-runners.

"I've watched a fair bit of them and they've been really good, especially there at Wyong," he said.

"They were a bit unlucky against Maitland and then pushed Central really hard down there in their two losses. They're going to be very formidable down there and hard to beat. I'm looking forward to the challenge."

In the two other games on Saturday, winless Wests host Lakes while third-placed Souths travel to Maitland to take on the league leaders.

On Sunday, The Entrance are at home to Cessnock in a mid-table clash and second-placed Central face strugglers Kurri at St John Oval. 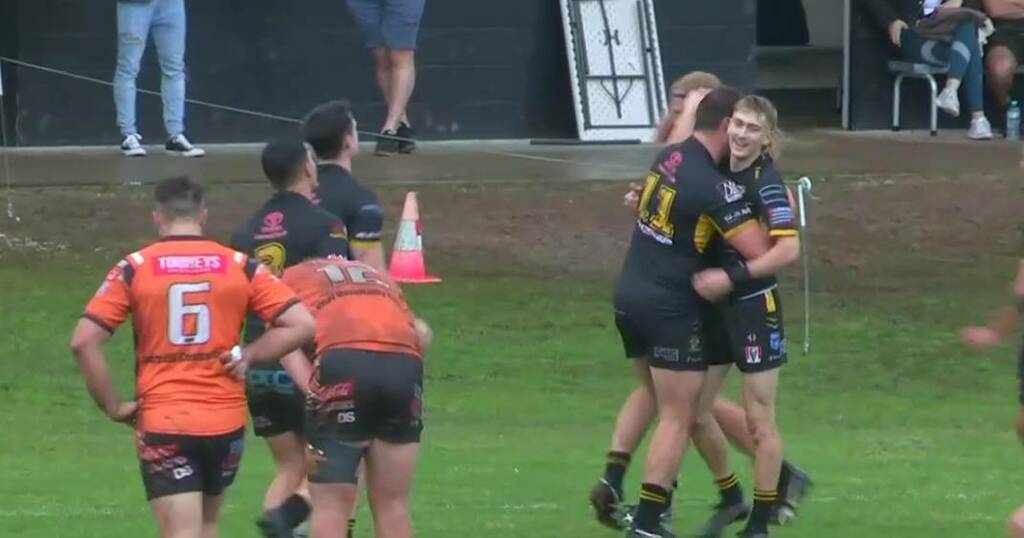 Sharpe double helps Cessnock to 28-4 win over The Entrance
The Goannas jumped the Tigers on the ladder following the victory.