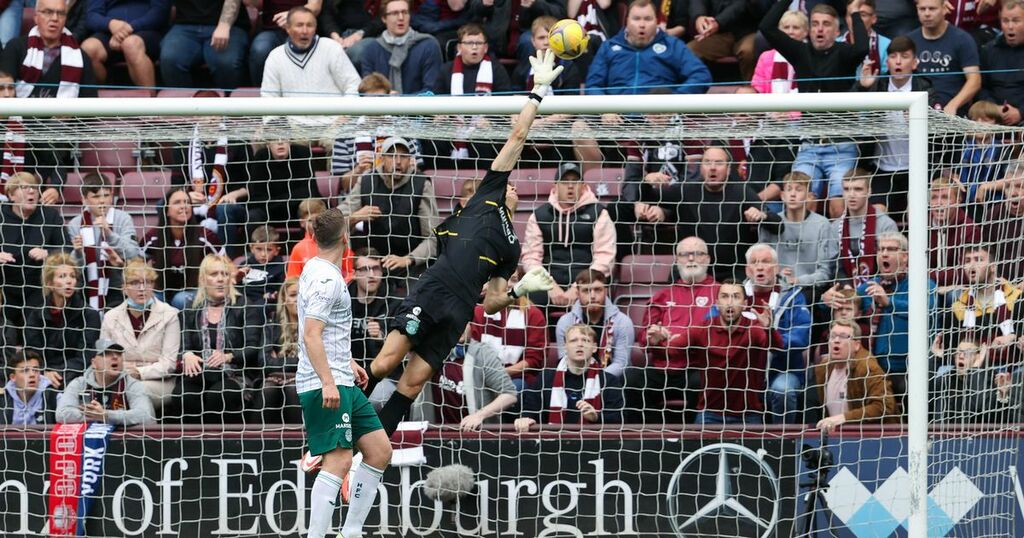 A string of super stops from keeper Matt Macey meant Hearts and Hibs shared the spoils in the first Edinburgh derby of the season.

The result leaves both sides in the Premiership 's top three - a point behind Steven Gerrard's Rangers at the top of the tree.

Besides their huge keeper Macey, here's how the rest of the Hibees star rated out of ten.

Paul McGinn: Stuck to his task well on the right of defence against a lively Alex Cochrane after making his international debut through the week. 7

Paul Hanlon: Used experience to keep things calm at the back. Defended box well with headers when required. 7

Josh Doig: Quiet afternoon for the normally rampaging left back. Dug in defensively and played part in clean sheet. 6

Chris Cadden: First action in five months. Started well on the right flank but was driven back before switching flanks in a half-time tweak. 6

Joe Newell: Good touches in first half and always looking to play a defence splitting pass. Booked for pull on Mackay-Steven. 7

Kyle Magennis: Missed a huge chance on the hour mark. Had looked lively beforehand linking well with the front three. 6

Martin Boyle: The man who makes Hibs tick. Close with two efforts in the first half and created huge chance for Magennis in second. 7

James Scott: Linked well with Nisbet and Boyle early on but fell out the game and was hooked at half time for Alex Gogic. 5

Kevin Nisbet: Quiet afternoon by his own standards as he struggled to get the better of the Jambos backline but still made them work. 6

Alex Gogic: Plenty of energy and grit from the Cypriot and went close with a 20 yard piledriver. 5