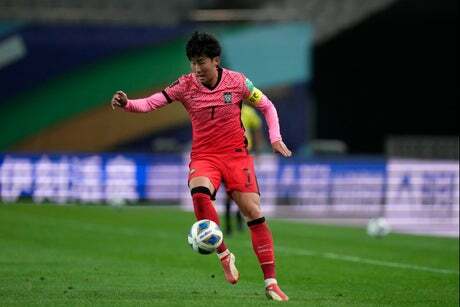 South Korea manager Paulo Bento has revealed the decision making behind Heung-min Son sitting out their World Cup qualifier with Lebanon because of a calf problem.

It was announced on Tuesday that the Tottenham star would return to Spurs in order to be assessed after the forward felt some "discomfort" in his calf.

Son played the full 90 minutes for South Korea in their 0-0 draw with Iraq on Thursday but the KFA said the 29-year-old had an issue with his right calf muscle.

South Korean boss Bento said: "He felt some pain on Saturday and after that he tried to train again on Monday.

“He felt again some discomfort. We decided that the best decision was that he doesn’t play."

It is another headache for Spurs head coach Nuno Espirito Santo after an international break to forget for the north Londoners.

Tottenham went into the break on a high, sitting top of the Premier League table after three wins from three games.

But they emerge the other end with a multitude of problems.

Giovani Lo Celso, Davinson Sanchez and Cristian Romero are all training in Croatia for ten days after defying Spurs to travel for international duty in red list countries.

The Argentine duo of Lo Celso and Romero were caught up in farcical scenes as Brazilian health authorities marched onto the pitch during their game against Brazil.

Furthermore, there have been injuries to Oliver Skipp, Steven Bergwijn and Ryan Sessegnon ahead of this weekend's London derby against Crystal Palace.