A drug addict who stole a packet of raw chicken and a bike from student accommodation has been jailed.

Kevin Heggarty, 26, stole from student accommodation in Paisley’s Gilmour Street on February 6, and then went on to threaten to stab student Nicolas Scholten in the eye with a pen.

The drug-fuelled thug then tried to spit at a police officer when he was being arrested.

“Around 3pm on February 6, the witness Philler was within the kitchen and the accused entered and engaged in conversation with him.

“He didn’t know the accused and was unsure of how he had gained access to the building.

“Philler formed the opinion the accused was under the influence of something and left the kitchen, leaving the accused alone.

“Philler met Scholten and told him about what happened.

“Scholten went to the kitchen, engaged with the accused and formed a similar opinion that the accused was under the influence.

“Both students stood in the hall and saw the accused leave with a pedal bike which had been stored in the kitchen belonging to another flatmate and that he had a bag in his possession.

“The accused made his way down stairs to the ground floor, with both men pursuing him in an attempt to recover the bike.

“Both caught up with the accused and told him the bike didn’t belong to him. While Philler knocked on the door of the security guard for help, Scholten grabbed the bike to try stop Heggarty leaving with it.”

Court heard that Heggarty then hit Mr Scholten with the bag repeatedly over the head.

Mr McDonald added: “The contents of the bag - which was a packet of raw chicken taken from the fridge of the student property - spilled out onto the floor.

“The police were contacted and the accused took a pen from his pocket and threatened to poke Scholten in the eye and struck him on the neck a number of times, causing a number of scratches.”

When police later traced the thug on Old Sneddon Street, he was taken to the prone position and handcuffed.

Mr McDonald explained: “PC Halliday was assisting with the prone position and his face was near to the accused.

“The accused spat towards him just missing the officer, and so a spit hood and fast straps were applied.

“He was arrested, and held in custody to appear at court the next day.”

Mr Nicholson added: “At this time, he was sadly within the debts of a drug addiction and had been misusing heroin.

“Since being remanded, he has undertaken a prison detox and is now on methadone and stable.

“He is deeply ashamed of his conduct and is remorseful and recognises it would have been terrifying for those involved and he wishes to apologise not only to the court, but to those involved too.

“He can offer no good explanation other than he was under the grip of drugs.

“He was significantly desperate and tried to steal food and the bike for money for drugs, he has then been challenged and things have deteriorated.”

Sentencing, Sheriff Bruce Erroch QC said: “Given your record and the nature of the offences, I have no option but to impose a prison sentence

“I note that at the time you were in the grips of a drug addiction and that you are ashamed and remorseful, but these are serious matters.”

Sheriff Erroch QC jailed Heggarty for 12 months, stating: “You assaulted a man in a place you weren’t entitled to be.

“And you spat at a police officer at a time when covid is still rife, and that is something that needs to be taken seriously.” 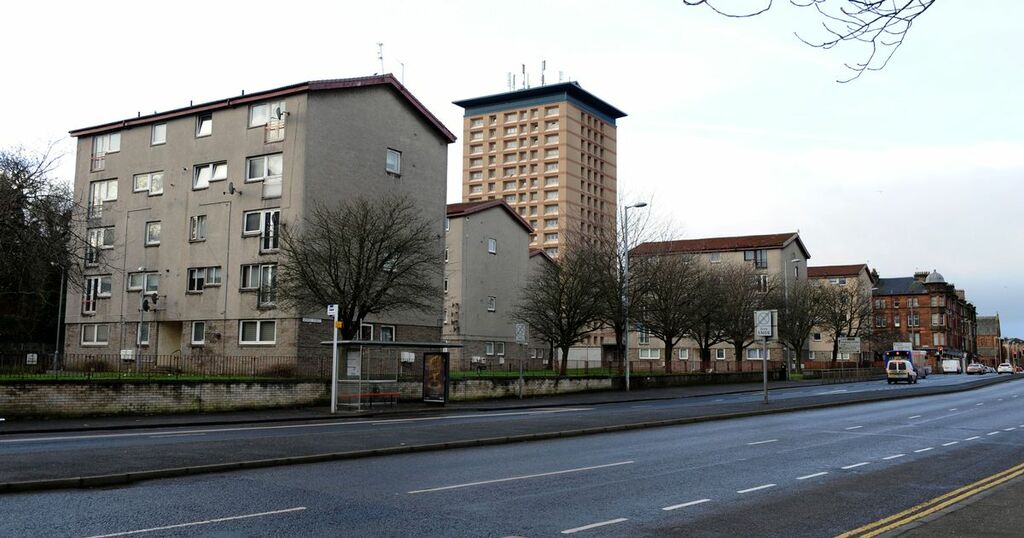 Thomas Patterson had only been released from prison 13 days prior to the offence.