Newcastle’s unique character could be under threat if it opens the door to new skyscraper developments, a heritage organisation has warned.

The city is famed for its stunning architecture, from the sweeping Georgian majesty of Grey Street to the instantly recognisable Quayside. But after plans emerged recently for a huge new tower that would become Newcastle’s tallest building, there are concerns about Tyneside potentially becoming subject to the same proliferation of high-rise blocks seen in places like Manchester.

Tim Wickens, of the Northumberland and Newcastle Society (N&N), has called on city bosses to take action now to guard against “indiscriminate development of that type of building”. Mr Wickens, who was heavily critical last month of plans to tear down much of the listed Carliol House to make way for HMRC’s new city centre office complex, said: “Last year Newcastle was named among the 20 best second cities in the world and a big part of that was about architecture, saying it was an amazing city with fantastic architecture around every corner.

“But it won’t be if you keep knocking down heritage buildings and replace them with big towers that are only there for the financial benefits of investors. To ruin a city like Newcastle, which is a gem for the country and has a fantastic and distinctive nature, through indiscriminate construction just goes against everything the city stands for. I am sure I speak for everyone in the heritage world when I say that.”

Newcastle’s tallest building is the 26-storey Hadrian’s Tower luxury apartment block, but that could soon be eclipsed by the Gainford Group’s £50m vision for a new tower on the site of the former Premier Inn in New Bridge Street – comprising of a five star hotel, flats, a conference centre, a health club, and bars and restaurants. The company has touted the 37-storey mixed-use development as a new gateway into Newcastle city centre that could create as many as 500 jobs.

Taken alongside the much-criticised plans for a large tower at the mouth of the Ouseburn too, it means Newcastle’s skyline has been very much a hot topic lately. Mr Wickens worries that Hadrian’s Tower has “set a bit of a precedent” that could see developers trying to gazump one another over the coming years for the accolade of the city’s biggest structure.

The heritage campaigner, who also chairs the Newcastle Conservation Advisory Panel, added: “We are not against development, we are against bad design and unsustainable buildings. Newcastle is our city, it has been fashioned over a thousand plus years.

"Look at what has happened to Liverpool, losing its World Heritage status – that is not something to be proud of. If we are not careful and we allow short-term financial interest to take precedence then it will endanger the very thing that makes Newcastle a distinct and wonderful place.”

He has called for a “robust approach from the city council and an embedded tall buildings policy to make clear that the council wants sustainable development”, saying that the city’s empty buildings and disused ex-industrial sites must be prioritised for investment first and could be used for decades to come with some “imagination”.

Environmental group Save Newcastle Wildlife says that building upwards rather than outwards “can be viewed as less harmful to the immediate environment” and protect the city’s green belt from being covered over by more new housing estates. A spokesperson added: “This may be a particularly attractive prospect in Newcastle, where a lot of green space is being lost to overdevelopment.

“But huge skyscrapers can also have a high environmental cost in terms of operational and embodied carbon. Perhaps the time has come to start thinking more about reducing growth, rather than how the planet and its finite resources can service a burgeoning population.”

Newcastle City Council says that, in the right place, tall buildings “can positively contribute to the city’s cityscape and skyline”.

A civic centre spokesperson said: “As a growing city rich in cultural and heritage assets, we believe there could be a place for tall buildings and believe that both old and new buildings can sit alongside each other and complement each other. Unlike larger cities such as Leeds and Birmingham, we have not identified areas in the city that would be suitable for tall buildings.”

They added: “The city has many examples of beautiful modern buildings such as the Catalyst on Newcastle Helix, the nearby Lumen, and the Civic Centre which recently received an award from the Royal Institute of British Architecture.

“As a comparatively small city, we want to see buildings of high-quality design and sustainability standards – not just tall buildings - which enhance the city’s skyline, and also work at ground level. We also want buildings with high quality internal space so the people who live and work in them have the best quality of life.

“Creating buildings that are beautiful and sustainable is a priority for us rather than just tall buildings. Newcastle has a reputation for being a beautiful city and we will use the planning and development process to keep it that way as it continues to develop.” 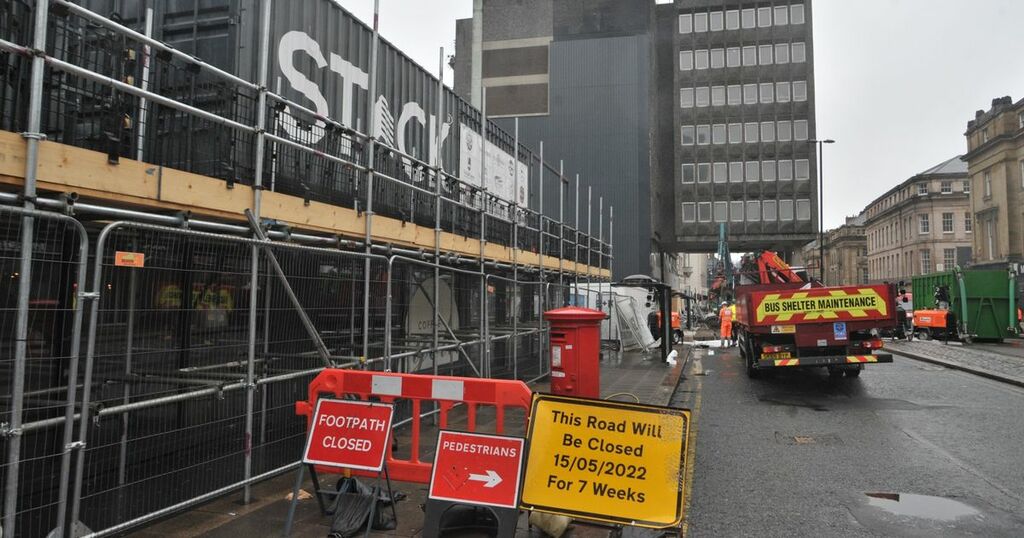 Newcastle's Roundhouse building has been added to the State Heritage Register.