Here's What Happened When Other Countries Rolled Back Abortion Rights

With the U.S. Supreme Court's decision in Dobbs v. Jackson Women's Health Organization, the United States has become the fourth country in the world to roll back abortion rights since 1994. Following the Court's decision, almost all abortions will become illegal in 13 states as so-called trigger laws took effect.

Unlike laws implemented in other countries following abortion rights rollbacks, many trigger laws preserve exceptions, like if the mother's life is in danger. Others also include exceptions for rape and incest. Still, as both sides of the U.S. abortion debate try to make sense of what a post-Roe world looks like, El Salvador, Nicaragua, and Poland offer a glimpse of how countries enforce laws prohibiting elective abortion.

Since 1998, El Salvador's constitution has enshrined into law the idea that personhood begins at conception. All abortions are prohibited under the law, with no exceptions for rape, incest, or danger to the mother's life. Over 140 women in the last 24 years have been arrested and imprisoned under El Salvador's abortion law, some of whom did not have an abortion but experienced a miscarriage. Charged with aggravated homicide, some women have received decadeslong prison sentences. El Salvador's abortion ban has also disproportionately impacted poor women, indigenous women, and rural women, according to abortion rights advocates.

Nicaragua similarly implemented a total ban on abortion in November 2006. This overturned a long-standing law that allowed "therapeutic" abortions when the life of a pregnant woman was in danger, provided she had the consent of three doctors. According to a study conducted by Ipas, a reproductive rights group, 1,300 girls between the ages of 10 and 14 become pregnant through rape each year in the country.

Comprehensive data are hard to come by, given crackdowns by the government of President Daniel Ortega, but the Ipas report also raised concerns about frequent cases of pregnancy-related deaths. By October 2007, at least 80 women had reportedly died as a result of the abortion ban, according to Human Rights Watch. Dozens of women died in successive years, according to Amnesty International. Those numbers are expected to have continued climbing amid economic downturns in the country.

Doctors in Nicaragua have described a chilling effect on obstetric care. Afraid of potential criminal liability, doctors often refuse to treat women experiencing hemorrhages, even post-menopausal hemorrhaging, as they worry they might be charged as accomplices to abortions. Women have also been driven to alternative methods of terminating their pregnancies, including the usage of herbal medicines and underground abortion clinics.

Though Nicaragua rarely prosecutes women under the law, women still have been the targets of regular criminal complaints. One study found that hundreds of women have been investigated since the 2006 law took effect, many reported by partners and family members.

Anti-abortion legislation is not exclusive to Latin America. Poland, one of the first countries in Europe to allow abortion in limited cases, has seen a rapid reversal in its abortion laws. First legalized in 1932, abortion was initially allowed in Poland just for medical purposes. Later, Poland's communist government introduced several liberalizing reforms to the law, increasing access and legal rights to abortions.

However, following the end of communist rule, activists in Poland began an aggressive push to ban abortion. Buoyed by the backing of the Catholic Church, campaigners began chipping away at Poland's liberal abortion law through legal challenges and new legislation. After three decades, Poland officially abolished abortion in 2021 in almost all circumstances, even in the case of a detected fetal impairment. Abortion is now only legal in cases where the mother's life is in danger and when the pregnancy is the result of a criminal act, such as rape. The law also bans individuals from helping others access abortion, including ordering abortion pills.

One part of Poland's abortion law that has received intense scrutiny is its national database of patient information. Earlier this month, Polish Health Minister ​​Adam Niedzielski announced that pregnancies would now be recorded in a national patient information database. Though the Polish government has assured citizens that only medical professionals would have access to this information, many womens rights advocates worry about the consequences.

"Being pregnant means that police can come to you any time and prosecutors can come to you to ask you questions about your pregnancy," Marta Lempart, a Polish activist, told the Associated Press earlier this month.

These laws had already been on the minds of many U.S. abortion activists before Dobbs. Now, some worry about what will happen in trigger-law states as authorities begin enforcing these bans.

"What is happening today with Roe v. Wade, is worrying because what is going to happen in the United States, unfortunately, is that it will become Central America," Sara García Gross, a Salvadoran activist, told The Independent.

The post Here's What Happened When Other Countries Rolled Back Abortion Rights appeared first on Reason.com. 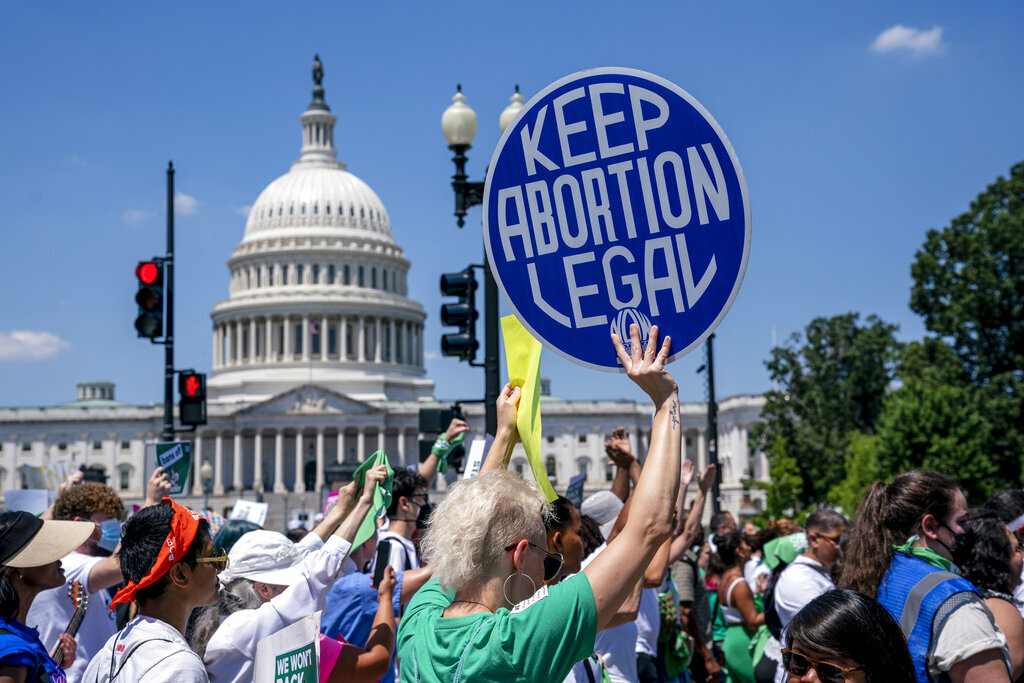 Al Jazeera
One subscription that gives you access to news from hundreds of sites
EXPLAINER: Abortion landscape under state 'heartbeat' laws

Laws banning most abortions at the point of the “first detectable heartbeat"are beginning to take effect following the U.S. Supreme…

For abortion-rights defenders, the fall of Roe v. Wade was a disaster in slow motion. That made the blow no…