LABOUR had a good election by their declining standards in Scotland, but it was also their second-worst election result on record.

While the party did enjoy a comeback of sorts from its dismal performance in 2017 when the party elected 262 councillors by gaining 20 seats across Scotland and reclaiming its silver-medallist status from the Tories, it is a far cry from their historic dominance.

The party was in power in 13 councils following the 2017 local elections, including Aberdeen, North Lanarkshire and Midlothian, where Labour councillors struck formal or informal deals with the Tories.

But they were in coalition arrangements with the SNP in more areas, namely Edinburgh, Dumfries and Galloway, East Renfrewshire, Fife, South Ayrshire, and Stirling.

Have Labour benefitted from getting into bed with the Tories?

In North Lanarkshire, where the Labour minority administration was propped up with the support of the Conservatives, the party performed poorly, seeing their share of the vote fall from 41.6% to 35.2%, though they have held onto the same number of seats, meaning the loss of just over six percentage points will not be felt by councillors there.

Midlothian tells a similar story. Despite again keeping their share of seats the same and increasing the number of votes they received, the party’s share of the vote fell from 38.9% to 33.5%.

Labour councillors worked with the Tories to form an administration in West Lothian following the 2017 poll and their share of the vote decreased in this year’s election from 29% to 28.6% and the number of votes for the party fell by 1161 votes overall.

In Aberdeen, the most controversial of the so-called Better Together councils, where nine Labour councillors were suspended from the party for entering into a coalition with the Tories, Labour performed better than in 2017. They increased their standing from nine councillors to 11 and while the overall number of votes cast for the party was down, their share of the vote was up slightly from 16.9% to 17.5%.

Tommy Sheppard, the SNP’s constitution spokesman and a former Labour councillor, said the results overwhelmingly showed “you reap what you sow”.

During his time on Hackney council in London the Labour Party and the Tories were “sworn enemies”, he added.

What about Labour on its own?

In East Lothian and Inverclyde the party has enjoyed a boost from being in power for five years.

Labour gained a seat in East Lothian this year, despite their vote share falling by 1.6% and another in Inverclyde although their share of the vote declined by 2.7%.

Labour has mostly benefitted from getting into power with the SNP. In Edinburgh, where the parties have ruled in coalition since 2017, Labour’s share of the vote has increased from 18.37% to 19.1% and the party picked up an extra seat and retook second place as the Tory vote in the capital collapsed.

In Fife, while the party saw its share of the vote increase slightly, it dropped four seats. The SNP here picked up five new seats and the LibDems nearly doubled their share from seven to 13.

Labour increased their share of the vote by one percentage point in South Ayrshire but stayed on five seats after five years of coalition with the SNP.

Most impressively, the party saw significant gains in East Renfrewshire and Stirling after their SNP coalitions. In Stirling, Labour’s share of the vote increased from 15.2% to 16.3% and they picked up two seats.

In East Renfrewshire, the party’s share of the vote jumped by 12.7% and Labour gained one new councillor.

Conversely, in Dumfries and Galloway – where the Conservatives saw their vote increase, despite dismal results in the rest of Scotland – Labour lost two councillors and saw their vote fall from 18.45% to 16.6%.

Labour working with the SNP in areas such as Edinburgh benefitted the party because the public “like and expect” parties with left-of-centre parties to work together, said Sheppard.

He added: “The public appropriately react very badly to Labour refusing to work with the SNP – de facto working with the Tories – because of questions that are nothing to do with local government, the wider constitutional question.

“On the local level, people would prefer the non-Government party, in other words the Tories, to work together.

“They probably think it’s petty and quite sectarian. The public aren’t stupid, they know that on a whole range of policy issues there is a big degree of overlap between the SNP’s programme and that of Labour.”

Undoubtedly, the party saw its best results in places it was in opposition.

Labour retook West Dunbartonshire council from the SNP, making it one of only two councils in Scotland under majority control. In Glasgow, it enjoyed a 13% increase in votes, picking up five extra seats.

Refusing to work with the SNP does not always benefit Labour and the party risks turning more voters off by playing "petty" politics over the consitutional question, said Sheppard. 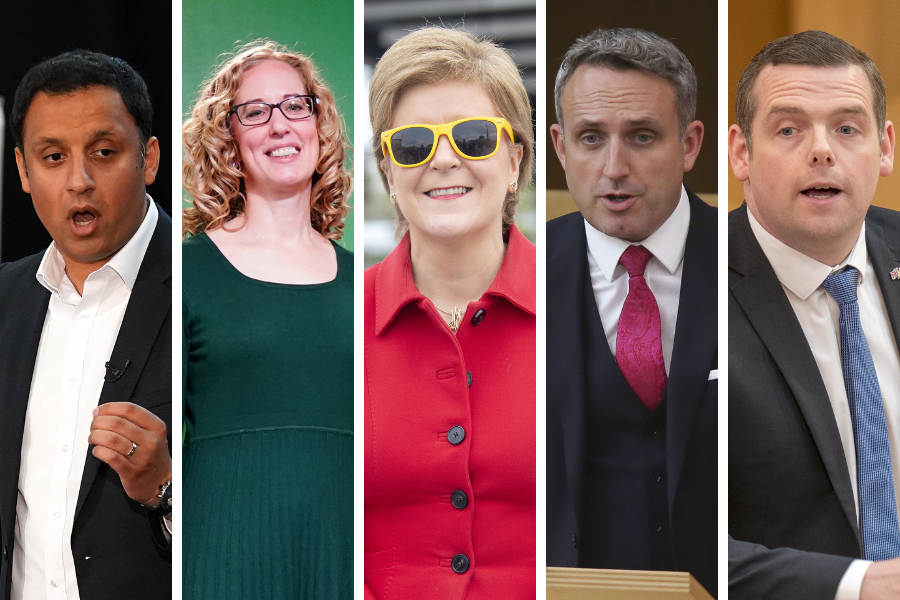 This is who could control Scotland's councils after local elections
THE dust may have settled after Scotland’s council elections, but for the most part there is still a lot of…