By Kathleen Farmilo
Benedict BridgertonAnthony BridgertonColin BridgertonEloise BridgertonEdwina SharmaNicola CoughlanSimone AshleyLuke ThompsonWhistledownDaphne Phoebe Dynevor
So you’ve binge-watched all of Bridgerton season two twice and rewound *that* scene from episode seven more times than you care to admit? Craving the sweet sweet knowledge of future seasons? Come hither dear reader. I’m putting on my Lady Whistledown feathered headpiece and breaking it all down for you. Bridgerton
Bridgerton

What is Bridgerton based on?

Who will season 3 of Bridgerton focus on?

Like Lady Whistledown I’ve been keeping quite a big secret for quite a long time… but I can finally tell you that @bridgertonnetflix Season Three is Colin and Penelope’s Story,” she wrote.

Will Colin and Penelope Have Sex Scenes In Bridgerton Season 3?

Will Regé-Jean Page come back to Bridgerton?

Are loves of my life Kate Sharma and Anthony Bridgerton coming back for season 3?

Do we have a release date for Bridgerton season 3?

Are there any pics from Bridgerton Season 3 yet?

seasons three and four were confirmed back in April 2021. But one of the big questions on fans’ lips was: which Bridgerton sibling the next instalment will focus on? Without further ado, let’s unpack the frills, spills and potential horny content of season three. The  TV series is based on a book series by the same name. It’s written by  and each book focuses on a seperate Bridgerton sibling. Book one — and season one by extension — focused on the fourth sibling and eldest daughter Daphne (). The age order of the siblings is Anthony (), Benedict (), Colin (), Daphne, Eloise (), Francesca (), Gregory () and Hyacinth (). Thank God they went for the alphabetical names. But the books don’t focus on each sibling chronologically by age. As previously mentioned, Daphne was the protagonist of season one and the first book . Eldest sibling Anthony was the protagonist of season two. His story takes place in the second book, . But executive producer has also said there’s a chance the TV show won’t follow the book order. “We’re not necessarily going in order but we are going to be seeing each of the siblings and their stories,” . Polin shippers rejoice, because Penelope Featherington () and Colin Bridgerton have been confirmed as the leads of season three. Lady Whistledown redemption arc, let’s go! Interestingly, book three by series author Julia Quinn actually focuses on Benedict Bridgerton. Colin and Penelope’s love story doesn’t crop up until book four, . The showrunners had already hinted they might deviate from the book order for the TV show and now they’ve officially confirmed it. According to it was confirmed at the Netflix For Your Consideration event in Los Angeles on May 15. Nicola Coughlan appeared on a panel with  (Kate Sharma in the show), (Edwina Sharma), showrunner for season 1 and 2 , composer and costume designer . Couglan also shared the news on her Insta with a cute AF pic of her and Newton. “ Oh yes, dear reader. In fact, Nicola Coughlan told that fans can expect one thing in season three: “mirror”. For those of you who don’t the horny significance of that word, in the Bridgerton books Colin tells Penelope he wants to get naughty with her… in front of a mirror. Oh lord. It’s a great scene not just because it’s hot AF, but it’s also romantic because he is obsessed with her. Give it to us!!! We need it!!! Rumour has it is for season three after . “Regé-Jean was always very open about his intention to quit the show after the first season and to move on to other projects,” a source told . “But recently there has been a dialogue between him and the show’s bosses. “Nothing has been formally agreed yet, but watch this space.” My pantyhose are cautiously being peeled off as we speak. Since our boyfriend Simon, Duke of Hastings (Page) didn’t return for season two. You’d be forgiven for fearing that season 2 stars wouldn’t be back in season three. Good news for Kanthony stans. In the same interview where she mentioned Pen and Colin, Simone Ashley confirmed we’d be getting more Viscount and Viscountess Bridgerton. “Yes, there will be a post-marriage Kanthony story for sure,” she said. Ashley also said she was “keen to just play with the Anthony and Kate story now that they’re loved up and they’ve kind of sorted themselves out”. Phew. TBH I just want more backstage snaps of Simone Ashley and Jonathan Bailey being BFFs. It’s also likely that Edwina Sharma will be returning. I mean, we did get a hint she’d be set up with a Prince. Now that’s spin-off I’d like to see. “What I would love for Edwina most of all is adventure and excitement,” Charithra Chandran told E!News. “I’m sort of, ‘enough of Edwina and boys!’ It’s about Edwina and herself.” Much to think about. Much indeed. Nope! But Nicola Coughlan confirmed that it’d start filming season three this winter (aka summer in Europe, where the show’s shot). Plus Shonda Rhimes the team was “already working on season three so we can have a shorter time between seasons”. I truly don’t think I can handle another 15 months of waiting. Luke Newton did give us Polin fans a tantalising tease from season three on his recently. The pic, posted on June 18, features he and Nicola Coughlan as well as season three’s showrunner . Stop me if I’m wrong, but I feel like this hints that they are on set already (it’s summer in Europe RN!), or gearing up to be very, very soon. Newton may say in his caption that we’re not ready for season three, but commenters say otherwise. “I most certainly am ready. I cannot wait to see Penelope’s and Colin’s love story unfold. I’m so deliriously excited,” said one person. “I CAN’T WAIT FOR SEASON 3, POLIN SUPREMACY,” yelled another. Even Julia Quinn, the books’ authors, said: “Aaargh! I want to be there!!!!” There you have it: all the season three tea spilled from a delicate porcelain cup. We’ll keep you posted with more deets when we have them. But until then, keep looking up Regency era ballgowns on Etsy.
Sign up to read this article 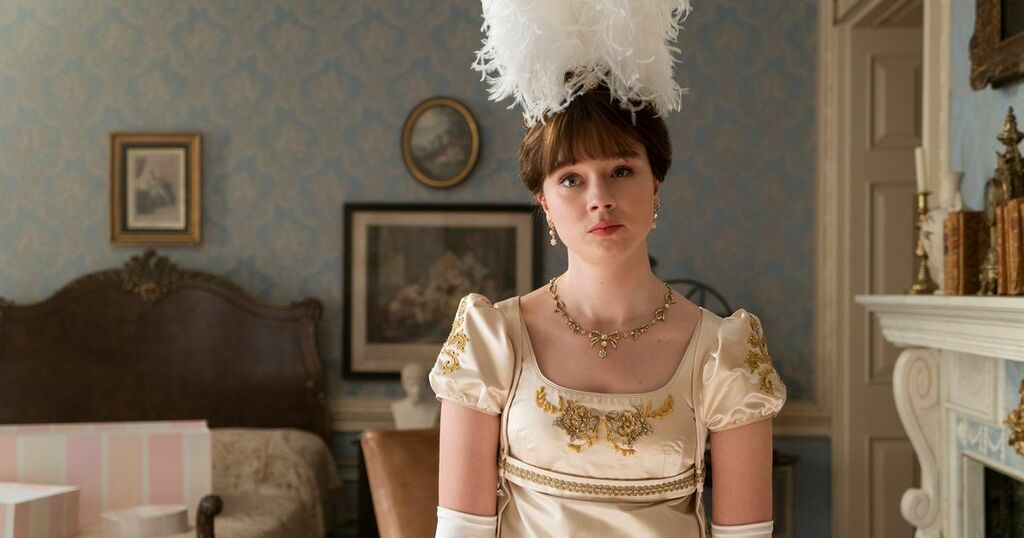 Will there be a third series of Bridgerton and when will it be released on Netflix?
Bridgerton fans, fear not! There's still plenty of gossip and drama to come from the ton

Wales Online
From analysis to the latest developments in health, read the most diverse news in one place.
Nicola Coughlan reveals Kim Kardashian DM’d her about Bridgerton

'Good at times like this to remember I used to work in a Spar', the actress posted

The Guardian - AU
The ‘Bridgerton Experience’ has arrived in Chicago’s South Side and it is a regal, dress-up affair
If Kentucky Derby fashion had a baby with a 2022 prom season you would have a style baby prime for…

Chicago Tribune
One place to find news on any topic, from hundreds of sites.
Inside Derry Girls star Nicola Coughlan’s life - working in Spar, real age and private love life

Her roles - which include her performance as Clare Devlin in Derry Girls, and as Penelope Featherington in Netflix period…