Here’s another curve to flatten: the soaring cost of housing 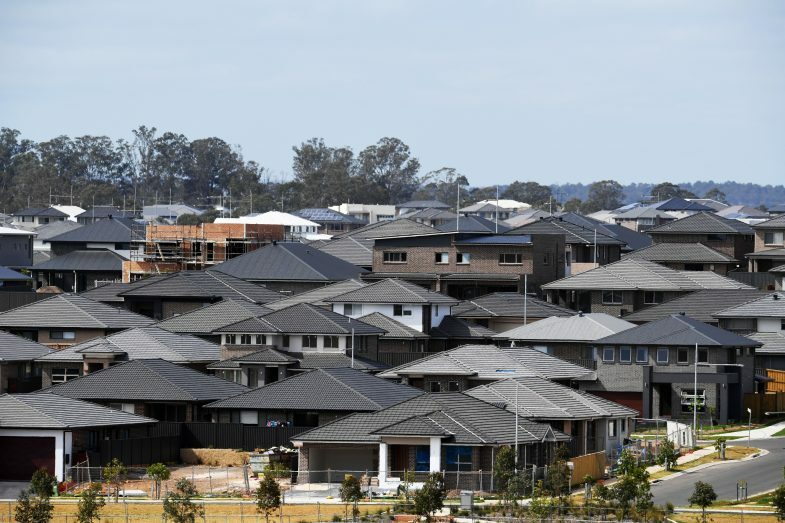 Two reports released last week found prices rose for the winter quarter despite most of the east coast being in lockdown, with the national average now $103,400 higher than last year.

Sydney prices are climbing by $850 a day — multiple times what an average Australian earns each day — to an eye-watering median auction price of $1.92 million. One two-bedroom apartment in Manly sold for a “stupid” $2.97 million at the weekend.

It’s hard to overstate how deeply broken our housing market is when records are being set despite unprecedented disease outbreaks putting whole sectors on ice, pushing many on to the dole and preventing buyers from even visiting homes they’re bidding for.

Morrison and Albanese missing in action

As is now standard amid national crises, the response from Canberra has been dispiritingly flaccid. The Liberal-led federal inquiry into housing affordability, which will hold hearings this week, is conveniently steering away from federal tax policies to pave the way for a do-nothing report.

Meanwhile Labor has dumped its negative gearing and capital gains tax policies, which stood the best chance of putting a lid on our overheating market. This short-sighted move has killed hope of serious action at the federal level for the time being, with alternatives such as a “Buffett tax” unlikely to be considered before the next election under Albanese’s “small target” strategy.

With federal reform at a dead end, those concerned about housing affordability are left turning to state governments for hope. And luckily there’s more they can do to help.

States can do more than supply-side solutions

The most frequent demand levelled at premiers is to allow developers to build more homes. It’s the property industry and free marketers’ favourite solution, and one propounded loudly by Liberal MP and federal housing inquiry chair Jason Falinski.

He’s partly correct. States should facilitate more homes being built, particularly the social, public and affordable ones Falinski doesn’t like, and the subdivision and densification of existing blocks. But Victoria and NSW are already putting plenty of builders to work. While there’s always more to do, beyond a certain point planning reforms are less likely to affect how much houses will cost than whether they’re in well-connected suburbs or pushed by NIMBYs to far-flung peripheries.

To help compete with cashed-up investors, states have also offered tax breaks and grants to give first-home buyers a leg up. However, these usually backfire by simply encouraging buyers to bid more at auctions.

But there is another state-based lever we rarely talk about: property taxes. Debate usually proceeds as if only the federal government can curb excessive demand. But many state governments levy taxes on houses the owner doesn’t live in, slugging investors harder for each property they buy. These are some of the most progressive taxes in the country and their design is particularly well-suited to discouraging those thinking about buying a second, third or 20th property.

The only problem? They’re far too low to make would-be investors think twice.

State investor taxes are too low

The Victorian government has levied a land tax since 1887. It applies only to investment, commercial and holiday homes valued over $250,000, and the highest rates are paid by those with the most valuable assets.

But the rates of these taxes are too low to have their desired effects. As the Grattan Institute’s John Daley and Brendan Coates wrote: “How much will these investors care? They are already leaving 2% of the value of the property on the table each year by not renting it out.” Data from Prosper Australia shows that the rate of home vacancy has risen 13% since the tax was instituted, showing the rate is insufficient to incentivise owners to list their properties.

Meanwhile NSW and the ACT are switching from upfront stamp duties to annual land taxes. This could make it cheaper for grandparents to downsize and let young families use those unused bedrooms, and so increase the number of auctions. But again, this won’t cut prices much if said families are still outbid by rapacious investors. Sure, make moving more frictionless, but the most important thing is to increase the amount levied on the asset rich.

If Canberra will not remove tax incentives to wealthy investors, the states need to whack them with countervailing disincentives. Dan, Gladys, gear up. It’s time to flatten the house price curve.