Here Come the Phillies—Can They Rally and Close? 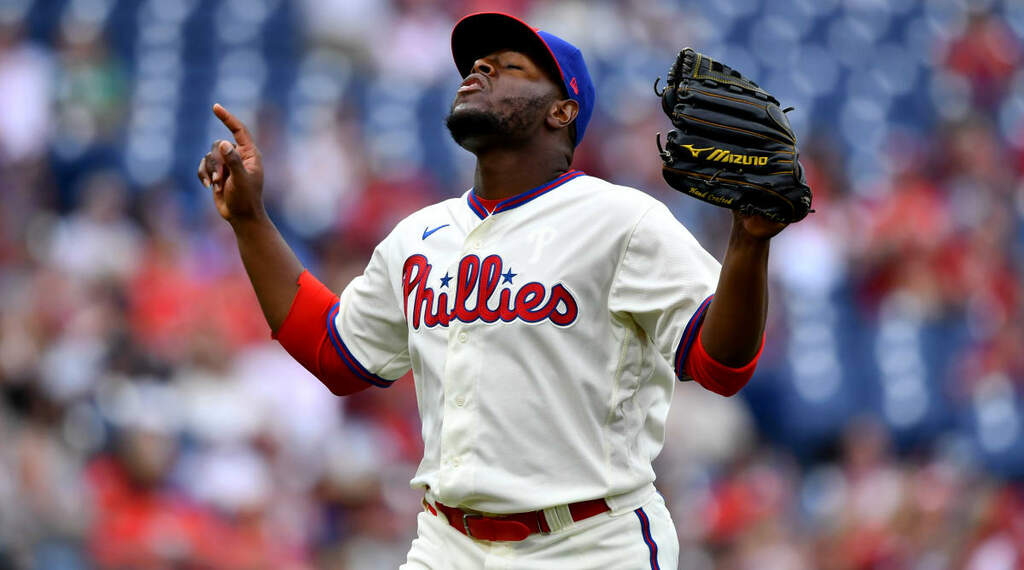 The past decade has not been kind to the Phillies. The 2011 season saw the conclusion of a precipitous decline for the franchise after winning the World Series in '08: Philadelphia lost to the Yankees in the '09 Fall Classic, was knocked out in the National League Championship Series in '10 and in the Division Series in '11. The team finished .500 in '12 and hasn’t made the playoffs or had a winning season since.

And up until about two weeks ago, it seemed the 2021 campaign wouldn’t be much different. The Phillies were 63–64 on Aug. 27 after losing to the Diamondbacks, their 11th defeat in their last 15 games. Their playoff odds shrunk to just 12.6%, per FanGraphs, and they were 5.5 games behind the first-place Braves in the NL East with 35 games to go. Since then, the team has jumped back into the mix thanks to some key contributions from an unlikely source: that oft-maligned bullpen.

Even after losing to the Brewers on Wednesday for the second straight night, the Phillies have won eight of their last 12 to pull within 2.5 games of Atlanta. FanGraphs now gives them a 29.8% chance to make the playoffs. The offense has led the charge—particularly MVP candidate Bryce Harper—but Philadelphia’s beleaguered bullpen also has improved at a time when the team has been forced to lean heavily on its relievers due to limited starting pitching options.

Last year, the Phillies’ bullpen was historically bad, ranking dead last in the league with a 7.06 ERA (yes, you read that right). The group was last in win probability added (-6.40) and 28th in fWAR (-0.8). This year, the team ranks 21st in ERA (4.55) and 23rd in fWAR (1.3)—still bad but notably not the worst. There still have been plenty of low points, particularly the team’s franchise-record 29 blown saves.

Yet, over the past two weeks, the team’s bullpen ranks second in the majors with a 0.9 fWAR. The group ranks 14th in ERA (3.81) and fourth in FIP (3.25), and has even been tasked with handling full games because Philadelphia currently lacks a fifth starter. It worked against the Marlins on Sunday, with the Phillies' using nine pitchers over 10 innings in a 4–3 win. Such an idea would have been laughable a season ago, but now the tactic has enabled them to get by.

“Bullpen games can work really well,” manager Joe Girardi said, per Matt Breen of The Philadelphia Inquirer. “We only gave up three runs in that bullpen game and they only should have given up two. You can do some things. Sometimes it’s necessary. I’m not against it. To do it consistently you have to have depth and you have to have the right pieces.”

Lately there have been multiple right pieces to choose from. Héctor Neris hasn’t given up a run in his last 10 appearances. José Alvarado has a 2.19 ERA since the All-Star break. Ian Kennedy is 6-for-7 in save chances since coming over in a midseason trade and has allowed just three runs with 14 strikeouts in his past 11 appearances. And Sam Coonrod has a 2.57 ERA with 11 strikeouts in seven innings since coming off the 60-day injured list, holding opposing hitters to a .192 batting average.

With how well the Phillies are playing across their roster, they don't need their bullpen to be as good as it's been recently to win; if their relief pitching can just be league average, they've got a good shot at ending the NL's longest playoff drought. Philadelphia's offense has averaged nearly six runs per game since Aug. 27 and will play its next seven games against the Rockies and Cubs. The lineup will need to keep raking for a division title to remain a plausible outcome. Harper has been one of the league’s best hitters in the second half, batting .333/.469/.709 with 14 home runs in 50 games. If the Phillies can run down the Braves before season's end, that would likely be enough to earn the 28-year-old his second MVP.

But Harper is not alone in fueling the Philadelphia offense. Jean Segura is slashing .327/.389/.469 over his last 12 games. Andrew McCutchen's power stroke has returned after disappearing for most of August; he has two doubles and three home runs in eight games since Aug. 31. Things looked bleak on Aug. 26 when Rhys Hoskins was placed on the injured list with a season-ending abdominal injury, but veteran Brad Miller and rookie Matt Vierling so far have filled in nicely in platoon roles. The left-handed hitting Miller is slugging .794 over his last 13 games while Vierling, playing primarily against lefties, is 7-for-18 since returning to the majors on Aug. 31.

A division that was viewed as one of the most competitive at the start of the season has been largely underwhelming so far, but we could still be in store for a big finish. The rebuilding Marlins are still a ways off from contending, the Nationals no longer have Max Scherzer or Trea Turner, and the Mets are, well, the Mets.

The bullpen won’t be the reason Philadelphia wins the division, but it could be the reason it falls short. For now, the group is doing its part to keep the comeback alive. The Phillies are showing they can rally when playing from behind. The real questions will come if and when they finally grab the lead.