The use of herbicides – substances that control unwanted plants – is on the rise across Africa. This trend has been referred to by some researchers as the “herbicide revolution”. This trend is driven by cheap herbicides flooding into the continent from Asia and global agrochemical companies discovering Africa’s emerging markets. Also, rural wages have risen due to rural-urban migration and structural transformation.

Herbicides may help to raise yields, thereby contributing to food security. They also reduce the large labour burden associated with manual weeding, which is often done by women and children. Studies suggest that herbicides can reduce labour use for weeding by 90%. A study in Zambia suggests that herbicide can reduce labour use for weeding from up to 70 to 10 days per hectare.

However, herbicides may also have negative effects on environmental and human health, particularly when substances are not carefully handled and no protective equipment is used. Unintentional pesticide poisoning kills 11,000 people every year, according to a global study.

In the quest to assess these trade-offs one aspect has received limited attention: the role of edible weeds, which can be key elements of rural food baskets, yet are targeted by herbicides.

In a new study, we explored the role of edible weeds in rural diets in Zambia and how herbicides affect their consumption. Edible weeds are an integral part of the daily diets of many Zambian farm families, in particular during the “hunger months” and during droughts, which will become more severe with the climate crisis. The herbicide revolution reduces the availability of edible weeds, which may undermine food and nutrition security as an important part of families’ diets is becoming under threat.

It’s up to individual farmers and societies at large to decide how much they want to use herbicides. But informed decisions should be made acknowledging all potential trade-offs, including those regarding edible weeds and food and nutrition security.

For our study we surveyed or interviewed 158 randomly selected households in rural parts of eastern and southern Zambia where most families depend of farming. We also used qualitative methods such as field walks, focus group discussions, and stakeholder interviews.

All the households collected edible weeds from their fields. The most important species were spiny amaranth, nalta jute and plants from the aster family. Edible weeds provide important nutrients. Amaranthus hybridus, which is consumed by 88% of all households, contains high levels of vitamin A, iron, zinc, and protein. Bidens pilosa (or black-jack) is frequently used in Zambia to treat anaemia.

Edible weeds are consumed by households regardless of wealth or the age and gender of the household head, underscoring how embedded they are in the area’s food culture. In the hunger months between December and March, after the previous year’s harvest has dwindled, many households consumed edible weeds every day.

Edible weeds are mostly eaten fresh but also preserved through drying. Between one and five types of these plants were preserved by 87% of the households. Nearly all of the households that preserved edible weeds did so to ensure future food security. The edible weed known as “bondwe” from the leafy Amaranthaceae family is also traded and sold in supermarkets in the capital, Lusaka.

Herbicide use in Zambia is slowly but steadily climbing. According to a national survey by the Zambian Indaba Agricultural Policy Research Institute, 28% of Zambian farmers use herbicides – up from 14% in 2015.

Herbicides are specifically designed to eradicate weeds. In contrast to manual weeding, herbicides are less selective and allow “clean weeding” where all weeds are destroyed. That’s why increased use of herbicides may cause edible weeds to disappear from food baskets.

We found that the rise of herbicides, as measured by the share of plots sprayed, has not yet affected consumption of weeds. Households using herbicides can still access edible weeds from non-sprayed plots and from outside their farms.

While edible weeds haven’t vanished entirely from the area we studied, it’s clear that their numbers are dropping. In the coming years, households will have to manoeuvre the trade-offs between herbicides and edible weeds. It is possible, for instance, that herbicides may contribute to higher agricultural production for these families – and that the additional revenues from increased harvests may be used to buy nutritious food and counterbalance the loss of edible weeds.

Whatever individual households decide, it’s crucial that they are given all the information about these trade-offs so they can collectively make informed decisions.

Christoph Schunko does not work for, consult, own shares in or receive funding from any company or organisation that would benefit from this article, and has disclosed no relevant affiliations beyond their academic appointment. 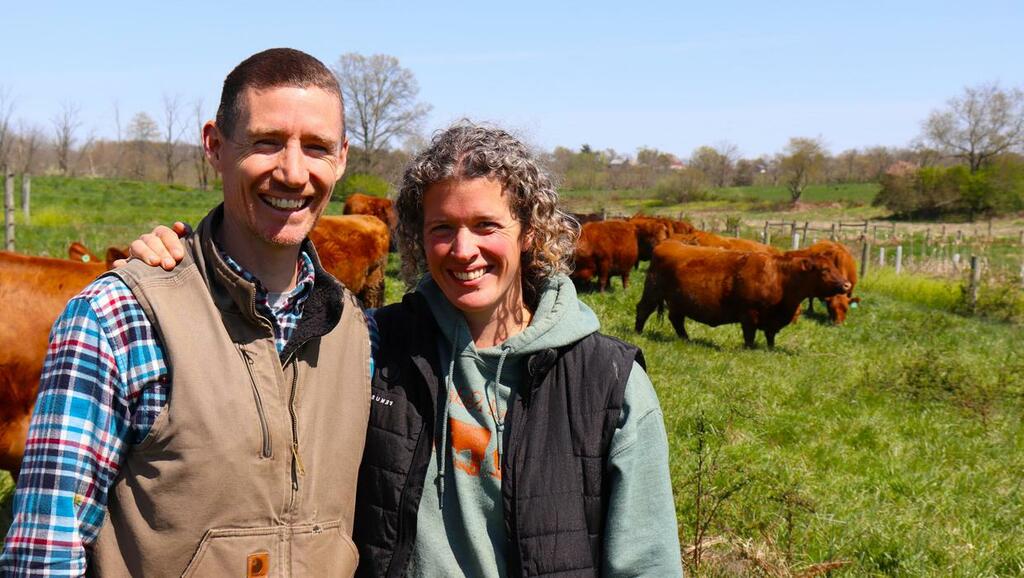 How these US ranchers are able to sell their beef for €25/kg
An hour’s drive north of Philadelphia, out in picturesque rural Pennsylvania, Sean Patrick Ryan and Tonya Rosenberger run Tussock Sedge Farm.

Irish Independent
From analysis to the latest developments in health, read the most diverse news in one place.
'He's treating people like peasants - has he ever eaten a 30p meal in his life?'

Gareth Mason managed to make meagre portions of food such as seafood stick salad, beans on toast, and a 'spam fritter' made out of luncheon meat

Manchester Evening News
Is intermittent fasting the diet for you? Here's what the science says

What if I told you all you need to do to lose weight is read a calendar and tell time? These are the basics for successfully following an intermittent fasting diet.