Her Death Shook Japan. It May Not Shift Refugee Rules.

By Hisako Ueno and Ben Dooley

TOKYO — The death of a 33-year-old Sri Lankan migrant, trapped in the bowels of Japan’s immigration system, triggered national calls to reform the bureaucracy that allowed her to waste away in a detention center without proper medical treatment.

A government report Tuesday detailed the missteps that contributed to the tragedy, including insufficient medical resources, communication failures and a lack of proper oversight. But activists and politicians said the proposed changes did not go far enough to address the fundamental failures in an immigration system they describe as opaque and capricious.

The nearly 280-page document describes the series of events that led to the death in March of Wishma Rathnayake, who had been detained for overstaying her visa. While the report said her death was the “result of illness,” it noted the possibility that her health was affected by several factors, “making it difficult to concretely determine the cause.”

The report outlined areas for reform, mainly centered on improving medical care by hiring more doctors and improving staff members’ training on assessing detainees’ physical and mental condition. The report did not assign blame to any individuals, nor did it address some of the more systemic issues with the immigration system.

Under current rules, detainees can be held indefinitely even when they have no criminal record and have applied for asylum status. Rathnayake had filed an application for permission to stay in Japan on humanitarian grounds over fears that she could be the target of violence by a former domestic partner if she returned to Sri Lanka. A request for provisional medical release while she waited was denied.

Japan rarely grants asylum requests. Despite being the world’s third-largest economy, the country approves less than 1% of applications, which last year amounted to 47 people.

In a statement, Shoko Sasaki, the official in charge of Japan’s immigration system, took responsibility for creating the environment that led to Rathnayake’s death and offered condolences and apologies to the family, saying that she was “extremely sorry that she was not able to return home to her family in good health.”

In separate remarks, Justice Minister Yoko Kamikawa said that the report suggested to her that “if the detention facility had objectively and constantly reevaluated its practices perhaps it might have been able to take a more compassionate approach to the person who passed away.”

“Maybe the detention facility had lapsed in its awareness that it was dealing with individual people,” she added.

Four officials who oversaw Rathnayake’s detention were given verbal warnings, the only disciplinary actions resulting from the case.

Politicians and activists who have pushed for years to overhaul the system criticized the report for addressing only the superficial, bureaucratic issues that contributed to Rathnayake’s death.

Taiga Ishikawa, a member of a parliamentary group on immigration and refugee policy that is seeking legal changes, said that the country needed to conduct an independent inquiry into the situation at the immigration center.

Allowing the department to investigate itself “is like letting a thief investigate his own robbery,” he said, adding that “a person has died. It’s neglect.”

“There were many opportunities to save her life, but she still died,” he said.

In a news conference Tuesday, Rathnayake’s sisters, who are currently in Japan, excoriated Japanese authorities for their role in their sister’s death, saying they would stay in the country until they had received a satisfactory explanation.

They may not have much recourse. The family said officials spent months stonewalling their efforts to get access to surveillance footage documenting Rathnayake’s final days in detention.

On Thursday, the sisters will be able to view around two hours of excerpts from the videos. Officials will not screen the footage for the family’s lawyers, but did not give a reason for the limits.

Rathnayake’s case came to national attention after her death in March. The authorities had taken Rathnayake — who had come to Japan as a student but had overstayed her visa — into custody in August last year. She had appeared at a police station begging for protection from a boyfriend who she said had abused her.

Activists who had visited her during her stay in detention said that she had been unable to keep down most solid foods for months and that she had repeatedly begged officials at the center for medical treatment. In medical records from the time, a doctor recommended that she be transferred to a hospital for treatment. A medical test in mid-February indicated that she was starving, according to details in the new report.

Even after she had become so weak that she could barely move, many officials questioned whether she was feigning her illness in an attempt to be released from detention, the report said. In the face of evidence that she was in severe medical distress, they “suspected that she was exaggerating,” it concluded.

“There was a need to raise staff awareness so that they could appropriately react without overlooking a situation that sincerely required a medical response,” the report said. “In the Nagoya bureau, training to improve the staff’s education and awareness was not sufficiently implemented.”

“It’s shocking that this has ended with just a light warning for Nagoya’s immigration bureau,” Ibusuki said.

“The problems are not going to be fixed just by providing more staff, by better educating the staff, or by improving the system of medical treatment,” he said. 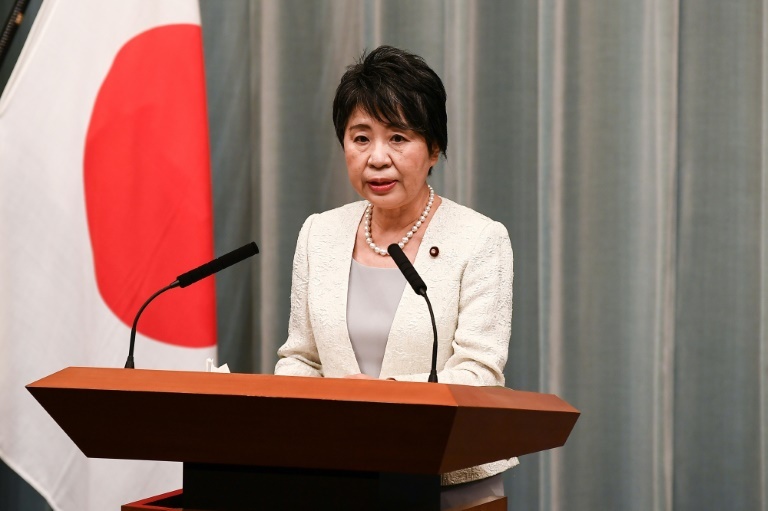 The Japan News/Yomiuri
Encourage mentality change to prevent deaths of foreign detainees
The lives and human rights of foreign nationals detained at immigration facilities must not be disregarded. The government should work…