'Her death is still raw, it's only been a few weeks': Grieving son's fury as housing association lists home just DAYS after mum's death 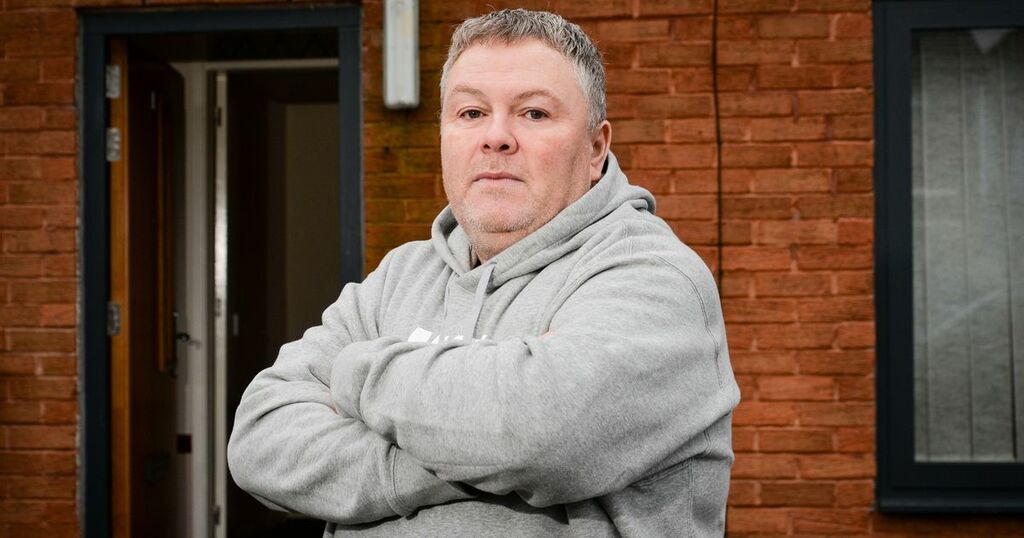 A son has called a housing association 'disrespectful' for listing his late mum's home online days after she died.

Vivien Brereton, 71, passed away in hospital on December 16 following a short illness.

The former retail worker moved into a housing association-owned property on Saltergate Mews in Salford 25-years-ago with husband John, who died three-years-ago.

A couple of days after Vivien's passing, her loved ones say they were outraged to find people visiting her home asking for a viewing.

Son Jason Brereton, 51, said he informed Pendleton Together, which owns the home, of her passing and provided a copy of her death certificate.

"My brother Andrew lives round the corner from her house and he goes and checks on it every day to make sure everything is alright," Jason, who lives in Warrington, told the Manchester Evening News.

"He was told numerous people have been seen inside the garden looking through the windows.

"When he was inside one day, there was a knock on the door from a young family wanting to come inside and view the property.

"We were really confused by it all."

Jason says he then found the home listed for rent on Salford Home Search, which is run in partnership with Pendleton Together.

The 'fully refurbished, three-bed end terraced house' was listed on the property database on Friday afternoon (January 7), but has since been removed.

"It was there for all to see," Jason added.

Pendleton Together said that while the home was listed on Salford Home Search, there was never any intention of allowing people to formally view the house.

Bosses said people will often take it upon themselves to do their own research.

"I know there weren't any official viewings, but the full address was there on the website," Jason said.

"People have taken it upon themselves to go and view the house to see if it's something of interest to them.

"The last thing we want is people to knock on the door for a viewing while the funeral cortege is there.

"It’s a sensitive situation - it's not an everyday, mundane situation.

"My mum’s death is still raw, it's only been a few weeks."

In a statement, Pendleton Together offered its sympathies to the family and said they discourage people to view a home listed online without a formal appointment.

Julie Blagden, senior manager for operations at Pendleton Together, said: "We are always very sorry to hear about the death of one of our customers or their family members, especially around Christmas, and would like to extend our sympathy to the friends and family affected at this time.

"We were notified about this death on 22 December and came to an arrangement with a family member that they would take a period of time until 23 January 2022 before handing keys back to Pendleton Together.

"There are many people in severe housing need in Salford and a high number of housing applications. Therefore, as soon as we receive notice on a property we will advertise it via Salford City Council’s Home Search.

"However, while the property may be advertised, we would never show anyone around without the permission of the outgoing tenant or until the keys had been handed to us.

"Obviously, when people are aware a property is or will be advertised they may take it upon themselves to visit and, while we discourage this, that is a matter that is beyond our control.

"We know that a death is a difficult time for families and our neighbourhood officers always take this into consideration. We are keen to work with family members in a productive way to provide reassurance around this."