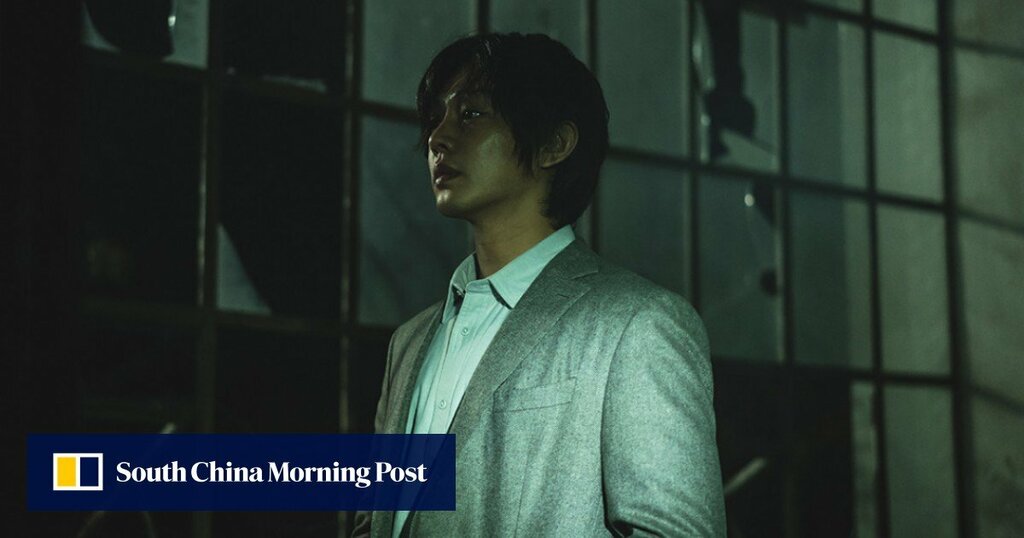 Korean film director Yeon Sang-ho (Train to Busan) is back with his first television drama series, Hellbound, which debuted three of its six episodes at the Toronto International Film Festival over the weekend.

Yeon’s project – adapted from the webcomic The Hell penned by Yeon and illustrated by Choi Gyu-seok, who created the show together – is a dark and unforgiving affair that starts off slow until a palpable sense of dread emerges and builds, driving the story into tense and unpredictable territory.

Equal parts procedural thriller, mystery and horror, the series begins with a man in a cafe, sweating profusely and awaiting something as other patrons go about their day. The clock on his phone turns to 1.20pm and a sound reverberates in the distance. Three black creatures emerge from nowhere and make a beeline for him.

The man tries to escape into traffic – but before long his blood is spattered over dented cars, and all that remains of him is a charred corpse as the creatures vanish.

Footage of the incident goes viral, shocking the nation and perplexing the detectives assigned to this unexplainable case. These include Detective Jin Kyung-hoon (Yang Ik-june), the bitter widower of a murdered spouse who has been left to raise a rebellious teenage daughter on his own.

Kyung-hoon and his partner are assigned to interview and investigate Jung Jin-soo (Yoo Ah-in), the beloved head of a quickly growing cult who has been converting people with his evidence of “decrees”.

8 new Korean dramas to look out for in September 2021

These “decrees” involve apparitions forewarning sinners around the world of the imminent time of their deaths, at which point the same three creatures appear and brutally beat them, leaving the crispy hulls of the sinners behind.

While the investigation continues, a woman in Seoul is visited by the same apparition. Jin-soo’s cult offers her a large payment in return for broadcasting the exact moment her clock is set to run out a few days later.

The woman engages the services of lawyer Min Hye-jin (Kim Hyun-joo) to secure the payment as hysteria over these phenomena begins to sweep the nation. The sceptical Hye-jin and Kyung-hoon soon join forces as the spectre of danger grows around them.

South Korea’s cultural and economic ascendancy has been a swift one, but under the prosperity we see lies a network of angry currents that occasionally break through, manifesting themselves in quick and violent waves.

Director Yeon has made a career of chronicling these dark social undercurrents, initially through scabrous independent animated films like The King of Pigs and The Fake, which also deals with a cult and its fervent followers.

In a similar vein, Yeon most famously allegorised social discontent through the mindless hordes in Train to Busan, a zombies-on-a-train smash that conjoined compact genre thrills and efficient drama.

Hellbound marries the best of Yeon’s sharp commercial skills and cynical thematic concerns into a dread-inducing story that shows humanity at its most craven.

We’ve seen other dystopias with hordes of bloodthirsty citizens this year, in K-dramas such as The Devil Judge and Dark Hole, but Yeon’s show handily surpasses them with far better world-building, a clearer purpose and a pulse-pounding story.

Casting is strong all around and the mutability of the narrative keeps the roster of faces changing as the world the show creates slips further into pandemonium. The twists are surprising and ferocious, and while the violence is reserved for select scenes, these hit home hard with physical and emotional brutality.

Hellbound’s first couple of episodes take a while to get going, but any narrative grogginess is more than made up for by the time episode three kicks off, at the close of which you’ll be dying to keep going.

It is just as well that most people won’t get to see the show until Netflix drops the whole series on its service at some point later this year.