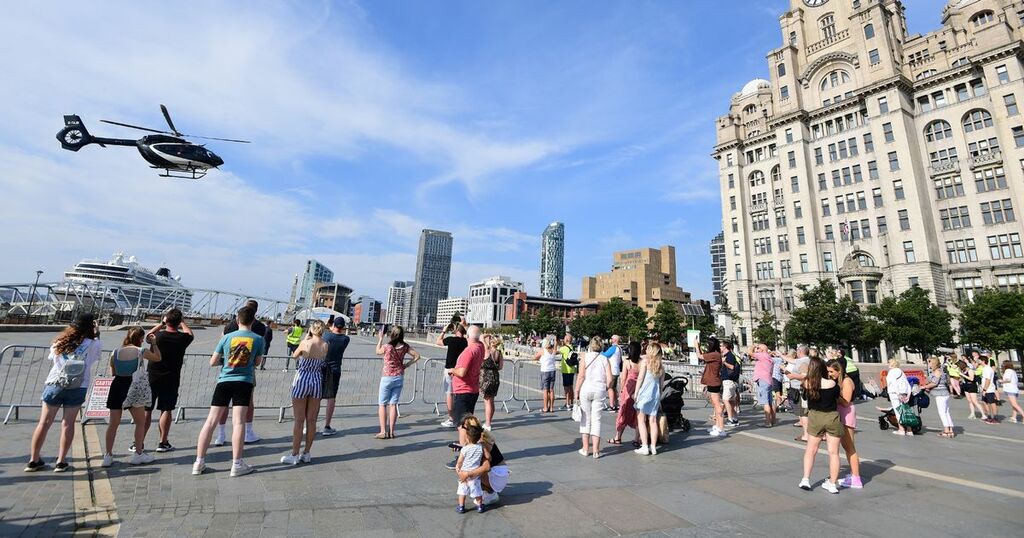 A helicopter was seen circling Pier Head as BBC cameras took to the waterfront to film TV programme Silent Witness.

Passers-by snapped pictures and video of a black and while helicopter taking off and landing on location at the Pier Head.

It comes after a realistic crime scene, including a massive blue-and-white forensics tent, was seen in the same location for filming yesterday.

Star of the show Emilia Fox - who plays forensic pathologist Dr Nikki Alexander - could be seen on the set in a white forensics suit.

Film crews could also be seen with white boards and camera equipment as work continued on the new series.

The crime drama is now in its 24th series and concerns the personal and professional challenges of a team of forensic pathology experts who investigate heinous crimes and use their skills to catch the people responsible.

One of the most distinctive features of Silent Witness is its focus on the post mortem process. The pathologists spend much of their time in the Lyell Centre's laboratory, so a huge amount of effort is spent ensuring this aspect of the series is as intriguing and authentic as possible.

The series is now in its 25th year and previously starred former Brookside actor Amanda Burton as the primary character. This is believed to be the first time the series has been filmed in Liverpool.