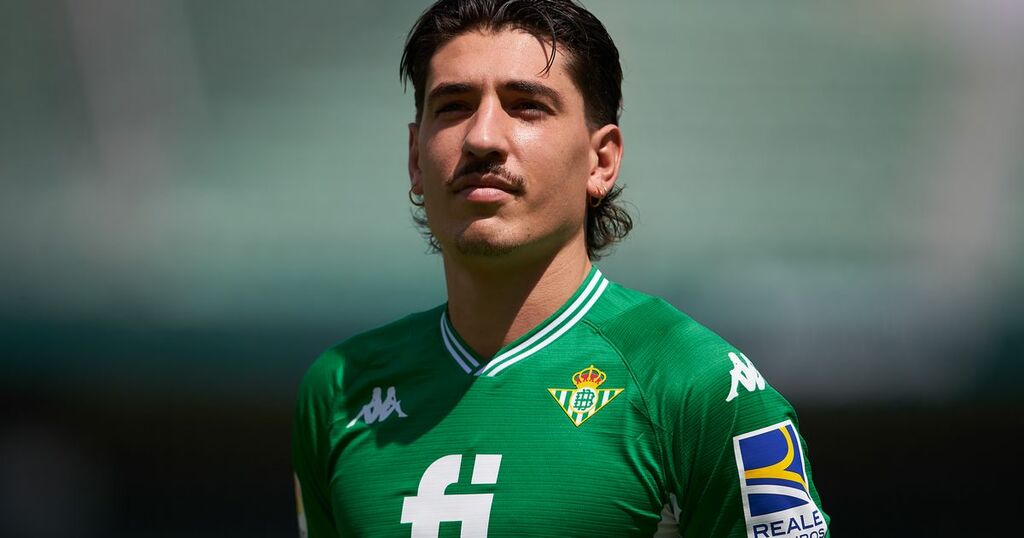 Hector Bellerin was one of the high-profiles departures from Arsenal in the summer transfer window and the right-back has told how he brokered his exit from the Gunners using data analytics.

The want-away defender joined La Liga side Real Betis this summer, where he will likely see out the final year of his contract with the North Londoners.

At first it appeared the Spaniard’s motivations for joining Los Verdiblancos were rooted in the fact his father supported the club.

"The truth is that we have always talked about it. I have had it in my head," said Bellerin after arriving at the Benito Villamarin stadium.

"The circumstances have arisen. During the market there is a lot of talk and my father told me 'you have to go to Betis'."

However, it appears his reasonings for joining the Spanish side are a lot more complex.

According to The Athletic, Bellerin employed football data consultancy Analytics FC to help him find the best possible club to move to on loan.

And the La Liga side, who finished in sixth place last season, were ranked high on that particular list.

The mathematics and research applied by the company deciphered the playing style of Betis manager Manuel Pellegrini, who tends to field his team in a 4-2-3-1 formation, would maximise Bellerin’s abilities.

They also considered the current footballing context and landscape around the club, as they were in serious need of a new right-back.

They sold last season’s first-choice full-back Emerson Royal to Barcelona and just a few weeks later, the Brazilian was offloaded to Tottenham for £25million.

Bellerin’s clear goal and vision is to break into Spain’s international squad for the upcoming 2022 World Cup in Qatar.

The 26-year-old defender only has four senior international caps since making his debut on 2016.

Will we see more players use data analytics to inform their next moves? Comment below

However, his only displays in the famous red of Spain have been exclusively international friendlies, as the former Arsenal full back is yet to make an appearance for his country in a major international tournament.

The report adds that Bellerin is one of the first players to deploy data analytics to help him achieve a sporting goal.

Manchester City midfield general Kevin De Bruyne has also previously turned to an analytics consultancy to help manufacture a new bumper contract for him at the Citizens.

The advanced mathematics and data collection agency helped comprehend and present the Belgian’s past, present, and future influence on the seven-time Premier League champions.

Despite the 29-year-old playmaker not including his agent in the discussions, De Bruyne was able to convince the club to extend his contract by another two years.

It is another fascinating example of the qualities of data analytics and how they can inform new moves, or justify new contract increases.

Bellerin will be in competition with former Brighton and Hove Albion right-back Martin Montoya and Senegal international Youssouf Sabaly for a spot in Pellegrini’s system.

However, the analytics would have highlighted this battle for places to the Spaniard and he will be ready to stake his claim for a first-team place.