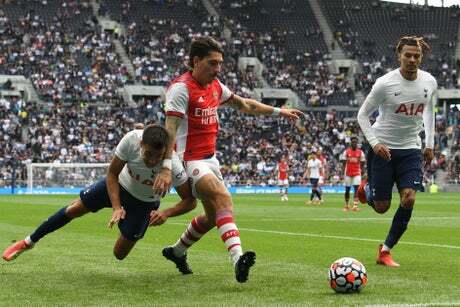 Hector Bellerin says he has no wish to return to Arsenal when his loan deal at Real Betis ends in the summer.

The 26-year-old secured the move on the final day of the transfer window, having seen his chances of first-team football at the Emirates fade under Mikel Arteta.

Bellerin will still have one year left on his Arsenal contract when his loan deal expires, however, he has made it clear he would like to stay at Betis, the club he has supported since he was a child.

Asked where he think he will be next June, the right-back replied: “I don’t know, but I’ve always said if I didn’t want to be here next season, I wouldn’t have come from the beginning.

“There are many things to be decided but what I want to do is enjoy this season that I am here. And what has to happen will happen.”

Bellerin joined Arsenal from Barcelona’s academy in 2011, and became a regular in the side before suffering a serious knee injury in 2019.

It was reported that Bellerin took a sizeable pay cut to move to Betis.

Asked about that he told ElDesmarque: “It is clear that money is something important, because it is our job. But I think in football that love of sport, of the club, is being lost.

“And for me, after having understood and had that feeling since childhood, there are things that you put first. This past year and a half has made us rethink many things.

“For me and for everyone it was an effort to carry out the operation, not only from the point of view of money. Also how much it cost us to get here. In the end, those efforts pay off and I had other priorities when making my decision.”