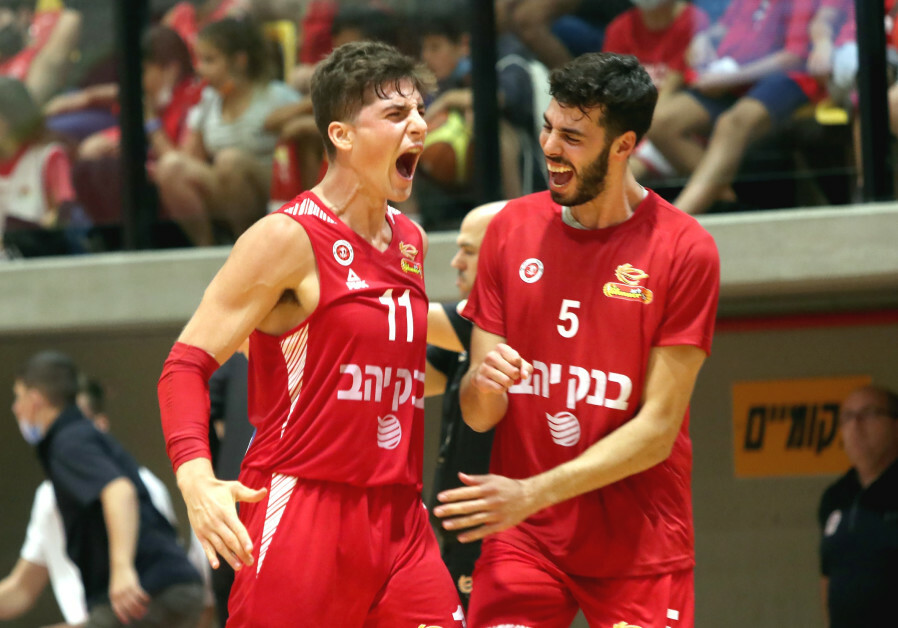 Israeli basketball has a packed week of action with domestic league games, along with a number of European competitions from the Euroleague and Champions League to the Europe Cup and Balkan League, as no less than seven clubs will be featured in continental play.

Maccabi Tel Aviv has a pair of Euroleague games on the road, as it faces Milano in Italy on Tuesday and ASVEL Villeurbanne in France on Thursday night.

Hapoel Jerusalem will welcome Spanish squad Manresa on Wednesday night, while Hapoel Holon will head to Turkey for a date with Darussafaka in Champions League play.

Hapoel Eilat and Hapoel Gilboa/Galil will both play away from home in Europe Cup action against Rilski and Reggiana, respectively, while Hapoel Galil Elyon welcomes Balkan and the Leumit League’s Ironi Nahariya hosts Beroe in Balkan League play.

Meanwhile, in the opening round of Israel Winner League games, Maccabi Tel Aviv took out its Euroleague frustrations after falling to Red Star Belgrade on Hapoel Haifa as the Yellow & Blue downed the Carmel Reds 84-59. After a close first frame, Ioannis Sfairopoulos’s team poured on the offense and played stifling defense over the course of the second and third quarters to cruise to the victory.

Sfairpoulos spoke about the win following the game.

“Today we were very concentrated offensively and defensively and we controlled the game from the beginning. Haifa is a very good team with a good coach, but we disorganized them in the second and third quarters. The players committed to and followed the plan and played a good game offensively with five players in double digits. This was very important as we played as a team.”

The bench boss also talked about one of the club’s newcomers, Kameron Taylor, who scored five points in 22 minutes.

“The team is new and I have to admit I haven’t used Kameron the right way until now. He played very well today and he has quality. Sometimes I also have to learn the team and rotations. We didn’t have a lot of games before the season and we didn’t have a chance to build these things. The players are learning me and I am learning the players.”

Ziv, also in his first year with the yellow-and-blue, reflected on the victory.

“It was clear how important it was for us to come out prepared for this game after losing to Red Star [in the Euroleague]. We were able to put the game plan in place. Causing turnovers is something that we want to do this season and we would like to do what Red Star did to us. We want to be the best defensive team. What we did today is something we want to do in every game whether it’s in the Euroleague or the Israeli league.”

“This was a very bad game of ours as to how we played and if you turn over the ball 25 times against Maccabi you can’t win.”

Up north, Hapoel Jerusalem used a strong second half to down a feisty Hapoel Galil Elyon 83-69 to win its season opener up in the Galilee.

The newly promoted hosts came out strong and took a 46-37 lead into halftime on fine play by Bryce Washington. Kyle Gibson and Itai Moskovitz. But Adam Ariel’s second half sharpshooting from beyond the arc, Sean Kilpatrick’s veteran savvy and Retin Obasohan’s play at both ends of the floor sent the Oren Amiel’s Reds on their way to the 14-point win at Kfar Blum.

Obasohan led the way with 22 points, Ariel added 17 points on 5-of-6 shooting from deep while Kilpatrick scored 15 points in the win.

Washington and IMoskovitz each scored 13 points as Gibson chipped in with 12 points in the loss.

“In the second half we found out which lineups worked best for us defensively which brought our energy to the forefront,” said Jerusalem coach Amiel. “Our depth was important, but that wasn’t the only reason we won the game. I really focused on the defensive side which allowed us to go on the attack.”

“We have a special relationship and he knows that I have high demands of him both defensively and offensively. He went through a rough time recently, but I’m happy for him and we really need him to hit his shots for the team to succeed.”

Ariel himself also commented about the tightly fought game.

“In the first half we didn’t play up to the intensity that Oren demands from us,” said the Jerusalem captain. “We woke up in the second half and we showed our DNA. We made some tactical changes and now we are looking ahead to our Champions League game on Wednesday.”

Galil Elyon coach Barak Peleg spoke about the contest from his perspective.

“We had a tough time containing Jerusalem on the offensive rebounds as they took 21 of them, which put us under a lot of pressure and we couldn’t go out on fast breaks. We also had an issue with their switching defense, especially when they went to a more athletic lineup at the start of the fourth quarter.”

Down south, Hapoel Eilat sunk Ness Ziona 104-80 by the Red Sea after it had taken the visitors over eight hours to travel from the center of the country via bus due to a major accident on Highway 6.

Eilat took full advantage of the visitors’ fatigue with a 24-10 first quarter to ease to the 24-point win.

Bryon Allen starred for Ariel Beit Halachmi’s team with 31 points and eight assists, while Roie Huber and Justin Patton each scored 17 points in the win.