Authorities lifted a curfew in the main city in India’s portion of Kashmir where sweeping movement and Internet curbs and a heavier than usual military presence marked a year since the revocation of seven decades of autonomy in the disputed Muslim-majority region.

The two-day curfew was rolled back after widespread criticism, a government order said, but businesses and public transport will remain shut on the Aug. 5 anniversary as part of ongoing virus control measures.

While the government claims the fragile security situation in the area is easing, the number of troops deployed is at an all time high. More than 200,000 troops, including paramilitary, army and local police, continue to guard the region of about 12 million people, a year after Prime Minister Narendra Modi’s government revoked autonomy, said senior Indian security officials who declined to be named, citing rules on speaking to the media.

Despite that the region recorded 70 militant incidents until June 30 compared with 107 in all of 2019, Indian officials said.

A spokesperson for the federal home ministry did not immediately reply to a request for comment.

“The prohibition of political activity in the valley is stripping New Delhi of any potential Kashmir allies,” the Brussels-based International Crisis Group said in a report released on Wednesday. “India’s attempt to sidetrack them will almost certainly push them toward less conciliatory positions.”

Recruitment of local men and boys by militant groups - an indicator of the mood in the region - has shown a significant drop from 2018 but remains nearly as high as last year, the Indian security officials said.

The state still doesn’t have access to 4G Internet because of concerns about recruitment drives by militant groups and inflammatory material on social media, a senior official who didn’t want to be named said.

The move raised concerns in neighboring Pakistan and China, which share borders with Kashmir. While Pakistan, which also stakes claim on the region, had unsuccessfully raised the issue at the U.N., China had criticized the move.

Pakistan’s cabinet on Tuesday approved a new political map that claims control over the entire region of Jammu and Kashmir including areas governed by India. The map also claims the Himalayan Siachen glacier where the two armies have permanent bases and marks an area where China and India have boundary disputes as an ‘Undefined Frontier.’ India had in November released a map that had claimed parts of Pakistan-controlled Kashmir.

“I praise the courage of Kashmiris who stood against provocation and cruelty,” Pakistan’s Prime Minister Imran Khan said in a speech at the legislative assembly of Pakistan-administered Kashmir Wednesday. “We’ll continue to support Kashmiris and raise the issue at every forum with proper planning.”

India’s foreign ministry said the map’s assertions “have neither legal validity nor international credibility,” in a statement late Tuesday. It did not immediately respond to Khan’s comments.

India and Pakistan have fought three major wars since independence, two over the Himalayan region of Kashmir, which is divided between the two and claimed by both.

“There is a lack of trust,” Altaf Bukhari, the state’s former Finance Minister said Tuesday. The “only answer to current situation in Jammu and Kashmir is holding free, transparent and fair elections.” 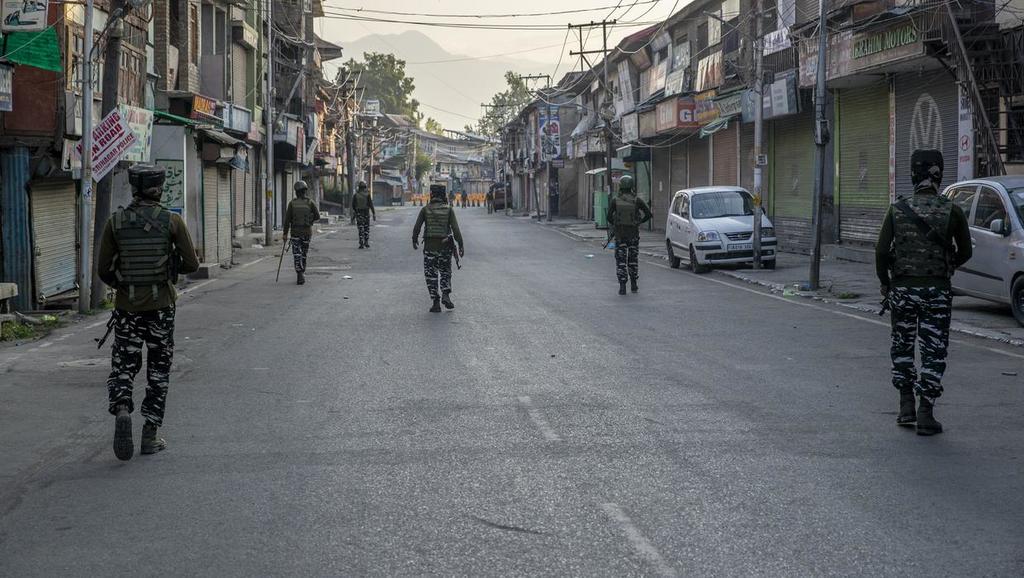 Irish Independent
One subscription that gives you access to news from hundreds of sites
'Our identity has been robbed': life in Kashmir after a year of crisis

Srinagar (India) (AFP) - Thousands of Indian troops imposed a curfew in Kashmir on Tuesday, with razor wire and steel…