Heat’s only option on brink of elimination vs. Celtics? ‘Make a memory.’

BOSTON — There was a time when the Miami Heat were relaxed, confident, with enough leeway to exhale and savor.

That time was Sunday, when coach Erik Spoelstra and players Max Strus and Victor Oladipo met with the media in a ballroom at a swank hotel across from Boston Common.

It all was coming together, the franchise’s sixth visit to the NBA Finals just two victories away.

Now, the Heat have one night to keep it from falling apart.

And then, if that is achieved, will need yet another such night.

There is no greater evidence than these past four days since that serene Sunday.

First, the Heat were finished at the start Monday night in Game 4 at TD Garden, outscored 18-1 at the outset. Then they were finished at the finish in Wednesday night’s Game 5, unable to hold it together from late in the third quarter to early in the fourth, this time a 24-2 Boston run rendering all else moot.

But there also was a common element to those two Heat losses: the Celtics’ defense requires an opponent to be at its best, and to be fully ambulatory.

The Heat limp into Friday’s 8:30 p.m. Game 6 on the Celtics’ home court dealing with both those realities, needing to find answers to force a decisive Game 7 Sunday at FTX Arena.

When center Robert Williams III is available to anchor Boston’s defense, the Celtics can be impenetrable. He has been the past two games.

And Kyle Lowry, with his balky hamstring, and Jimmy Butler, with his aching knee, hardly have been upwardly mobile in the past two. Lowry is 5 of 23 from the field this series, his hamstring issue lingering since the first round. Butler, after shooting 26 free throws in the series’ first two games, has attempted just six the past three.

Then there is the groin strain that has kept sixth man Tyler Herro out the past two games.

“As disappointing and as frustrating as this game can be,” Spoelstra said, “we get on to Boston and just come together.”

So now, a proud face, even if a knee (Butler), hamstring (Lowry) and groin (Herro) aren’t necessarily willing.

“We’re still alive,” Spoelstra said. “We have an opportunity to play in front of a great crowd and an opportunity to make a memory that you’ll remember for a long time. That’s all we’re thinking about right now.

“And we have the kind of warriors that are going to tape up, brace up, do whatever we’ve got to do to get ready for the next one and just embrace and enjoy that competition.”

The tone was decidedly different Sunday in that hotel ballroom, when the talk was of rejuvenation.

Now it is of survival.

“We’re not making any excuses for any kind of health or anything like that,” Spoelstra said. “We’re just going to figure it out and get on up there to Boston and enjoy that competition.”

To the best of their ambulatory abilities.

“No matter what situation we’re in, I’ve got to play better,” Lowry acknowledged. “I’m playing terrible. It is what it is. I’m out there, so I’ve got to do a better job.”

The verbiage was similar from Butler.

“We have to go into a hostile environment and it will be amped up, but I like what our team can do,” Butler said. “I like the opportunity that we have, and we’ve got to go in there and fight. It’s going to have to start in this next game up in Boston. But I just think that we know that we can win.”

“Got to adapt,” he said. “In my opinion, I feel like everybody is hurt at this time of year. We’re all bumped and bruised. We’re still lining up. Still got to play these games. We still want to win.” 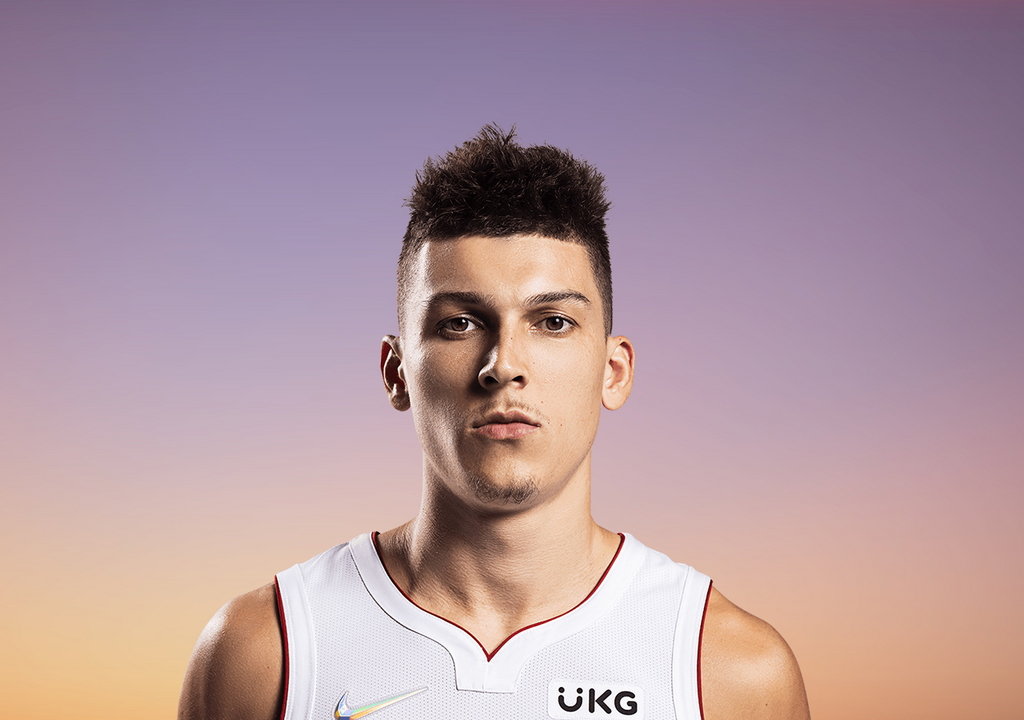 Tyler Herro hoping to play in Game 5
Barry Jackson: Herro told me yesterday he is hopeful about playing tomorrow. But if medical staff thinks it's a mistake…

USA Today Sports Media Group
One subscription that gives you access to news from hundreds of sites
Heat’s Herro, Lowry, Strus, Tucker, Vincent all questionable for Game 6 vs. Celtics; Butler not on injury report
BOSTON — The Miami Heat apparently will play it close to the vest until their season is over.