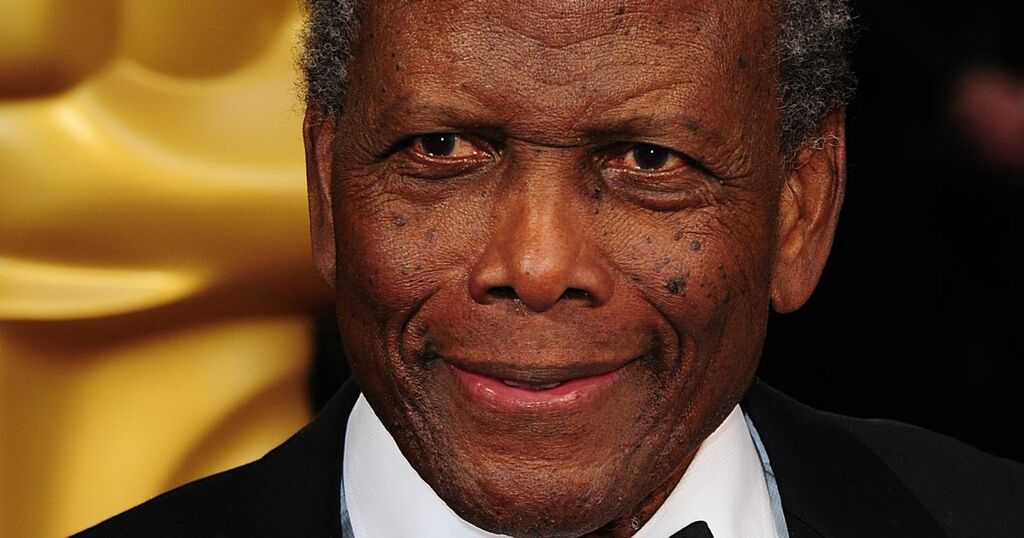 Heartfelt tributes have been paid to Hollywood star Sidney Poitier following his death at the age of 94.

Jeffrey Wright, Whoopi Goldberg and Joseph Gordon-Levitt are among the famous faces paying tribute to the Bahamian-American actor, whose death was reported by local media in the Bahamas.

Best known for his work during the 50s and 60s, Poitier helped pave the way for generations of African-American actors - and, in 1964, became the first black man to win an Oscar for best actor for his leading role in Lillies of the Field.

He is also known for films including In The Heat Of The Night, Blackboard Jungle and Guess Who’s Coming To Dinner.

Bond star Wright said on Twitter: “Sidney Poitier. What a landmark actor. One of a kind. What a beautiful, gracious, warm, genuinely regal man. RIP, Sir. With love.”

Goldberg quoted the lyrics to the song To Sir With Love, which soundtracked Poitier’s 1967 film of the same name.

She posted: “If you wanted the sky i would write across the sky in letters that would soar a thousand feet high.. To Sir… with Love. Sir Sidney Poitier R.I.P. He showed us how to reach for the stars.”

Gordon-Levitt described him as an “An absolute legend. One of the greats”.

Viola Davis described his death as “a big one”.

She added on Instagram: “No words can describe how your work radically shifted my life. The dignity, normalcy, strength, excellence and sheer electricity you brought to your roles showed us that we, as Black folks, mattered!!!

“It was an honor for my husband and I to share lunch with you at Spagos. You told us, ‘If your dreams do not scare you, they’re not big enough’!

“I put this quote on my daughter’s wall. Rest well Mr. Poitier. Thank you! Thank you for leaving a legacy. May flights of angels sing thee to thy rest.”

Star Trek actor George Takei said Poitier was a “trailblazer who will be mourned by so many for whom he opened the very doors of Hollywood”.

The British Film Institute added: “We are deeply saddened to hear of the passing of Sidney Poitier, the legendary actor, director and diplomat who led a life of remarkable achievements, both on screen and off.”

Poitier grew up in the Bahamas, which was then a British colony.

He was born to Bahamian parents in 1927 while they were visiting Miami, Florida, to sell tomatoes.

His premature arrival meant he gained US citizenship as well as Bahamian.

At the age of 15, he returned to the US and worked in a string of low-paid jobs before lying about his age so he could join the Army.

He fought during the Second World War and later joined the American Negro Theatre, which had been set up as a community project in Harlem in 1940.

His first major role came in Aristophanes’ comedy Lysistrata in 1946 but by 1949 he had moved away from theatre and into film.

His breakthrough came in Blackboard Jungle in 1955, playing a rebellious but musically talented pupil in an inner-city school.

He was awarded the Oscar for Lilies Of The Field for playing a Baptist handyman who builds a chapel for a group of Roman Catholic nuns.

The only black actor before him to win a competitive Oscar was Hattie McDaniel, for best supporting actress in 1939 for Gone With The Wind.

Poitier was granted an honorary knighthood in 1974 through his Bahamian heritage.

In 2009, he was awarded the Presidential Medal of Freedom and, in 2016, a Bafta fellowship.