Heartbroken mum of boy, 2, killed in accident says it's 'hard to adjust to silence' 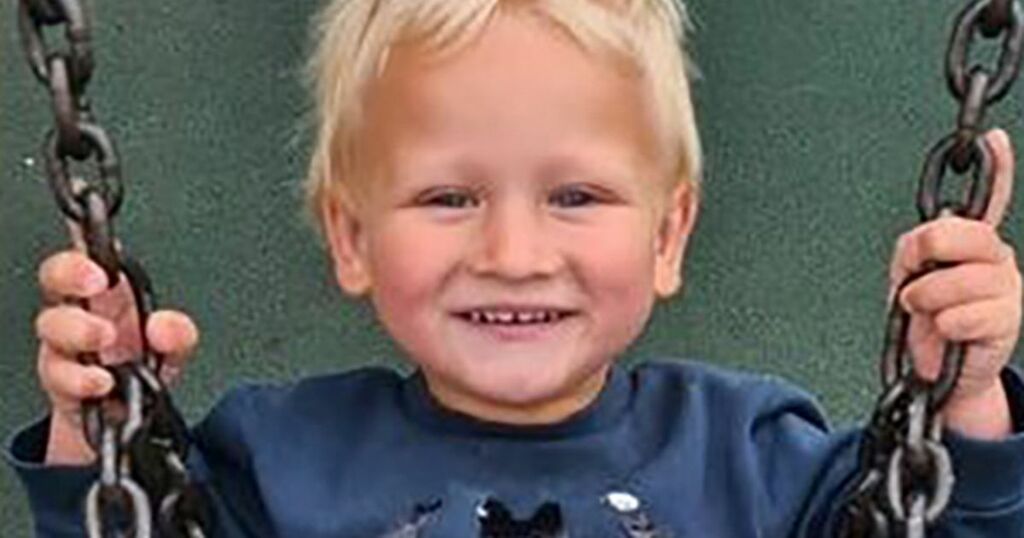 A heartbroken mother has paid tribute to her "cheeky" and "fun-loving" toddler following his sudden death.

Jordan Jonathon Allison, two, from Warrington, north-west England, was taken to Alder Hey Children's Hospital after an accident and died on Saturday, September 18.

Mum Linzi, 31, has now spoken to describe the struggle of adjusting to a life without Jordan, with the "silence" being particularly hard to cope with.

Paying tribute to her son, she told Liverpool Echo : "Jordan was a cheeky, fun-loving little boy and he had the best smile.

"Jordan loved giving hugs and he had one of these contagious personalities, so no matter what he was doing, even if he was naughty, you couldn't help but laugh.

"He was just such a funny character."

A JustGiving page was set up for the family, and you can donate here.

The grieving mum added: "He was quite an outdoors child, he liked being in the garden and on the trampoline.

"Jordan loved any animal, he had to pet every animal. He did rugby sprogs as well and loved playing football and things, he loved being free."

Speaking of the family's loss, Linzi said she struggles to "put into words" how it feels.

She said: "It's hard, it's really hard to adjust, it is the silence, it is very, very quiet. I can't really put into words how it is.

"Everyone is heartbroken and it doesn't feel real. Jordan was amazing, he really was, he was just so good."

Linzi wanted to thank staff and medics at Alder Hey Children's Hospital who helped Jordan and the family.

She said staff "did everything they physically could" for the family.

Linzi told the Echo: "We wanted to say thank you to Alder Hey, they were just incredible for Jordan.

"As soon as we hit the hospital they were just amazing and then the bereavement services were exceptional.

"They did everything they physically could for us.

"We always felt very comforted by them."

A JustGiving page was set up for the family, and you can donate here.