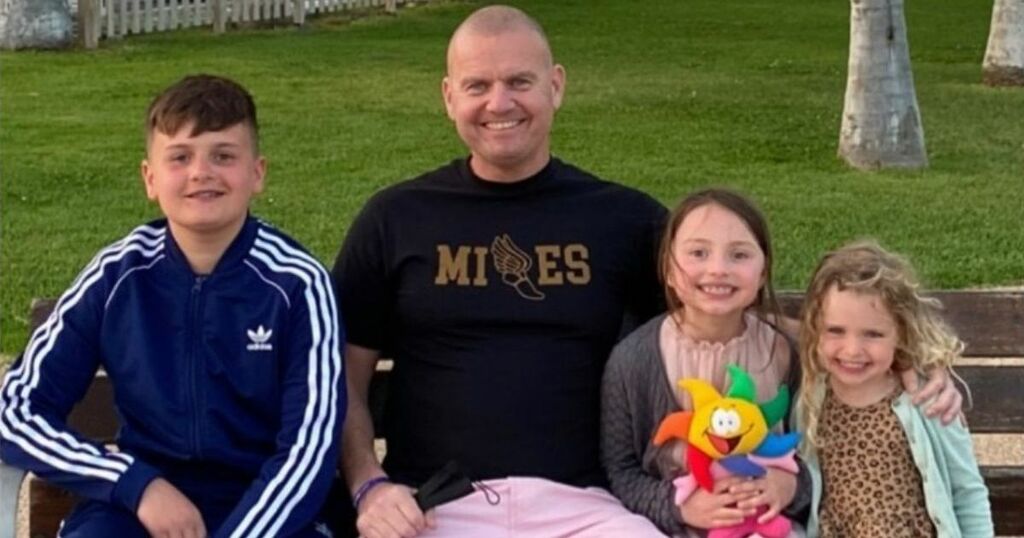 Kelsey Stuttard, 31, from Cheadle, died at the scene

Manchester Evening News
One subscription that gives you access to news from hundreds of sites
Family warning after man, 29, died in e-scooter crash with lamppost

Police have named a man who tragically died after being hit by a car in Horsforth on Thursday as 49-year-old Dean Miles as tributes to the dad-of-three pour in.

Dean has been described by his devastated family as "full of life" and a "perfect, devoted father". West Yorkshire Police confirmed yesterday (Thurs) that a man had died after being hit by a Skoda Fabia on A6120 Ring Road Broadway. Sadly, emergency services were unable to save him after an air ambulance attended the scene.

Messages posted on social media today, as well as those left at the scene, have paid tribute to Dean Miles and his impact on the Horsforth community.

Natalie Tam wrote: "Horsforth won’t be the same without you Mr Miles. You will be missed by so many people. Always there for your friends and family. Always full of chat and so many stories to tell."

Sarah Bloomfield commented: "Such horrendous news. So sorry for all who knew him. Horsforth def (sic) won’t be the same. Can’t remember a time Dean wasn’t around."

West Yorkshire Police said they were called out at 1.51pm to reports of a collision. The driver of the Skoda, a 24-year-old man, was arrested and suffered minor injuries. He has been released on bail pending further enquiries.

Sarah Fongwah posted on Facebook: "RIP Dean Miles. My thoughts and prayers are with his family and friends." And Paul Scott said: "RIP Dean miles. Cant get my head around what's happened. Your leaving a massive hole amongst all your friends and family."

"This is really awful news. Dean was always really chatty and friendly in the pub with everyone," Lynne Watson said. Colin Hattersley said: "Great guy taken too soon .. Always happy & chatty .. My heart goes out to his family & many friends .. You will be sadly missed Dean .. RIP my friend."

Many others posted comments paying tribute to Dean. The road was closed throughout the afternoon yesterday while police carried out accident investigation work. Police are now appealing for anyone who witnessed the crash or has dashcam footage to come forward.

Yesterday, a spokesman for West Yorkshire Police said: "At 1.51pm yesterday, a report was received that a silver Skoda Fabia was travelling on the A6120 Ring Road Broadway towards Horsforth, when it was in collision with a male. Emergency services attended the scene, but the male was sadly pronounced deceased a short time later.

"The driver of the vehicle, a 24-year-old male, received minor injuries and has been arrested in connection with this incident.

"Road closures were in place in both directions but have since been removed.

"The Major Collision Enquiry Team is investigating the incident and is appealing for anyone who witnessed it, or the circumstances prior to it, or anyone who was in the area with any dash cam footage, to contact them on 101, or by using the 101LiveChat function on the West Yorkshire Police website, quoting log 0840 of 12 May."

Kelsey Stuttard, 31, from Cheadle, died at the scene

Manchester Evening News
One subscription that gives you access to news from hundreds of sites
Family warning after man, 29, died in e-scooter crash with lamppost