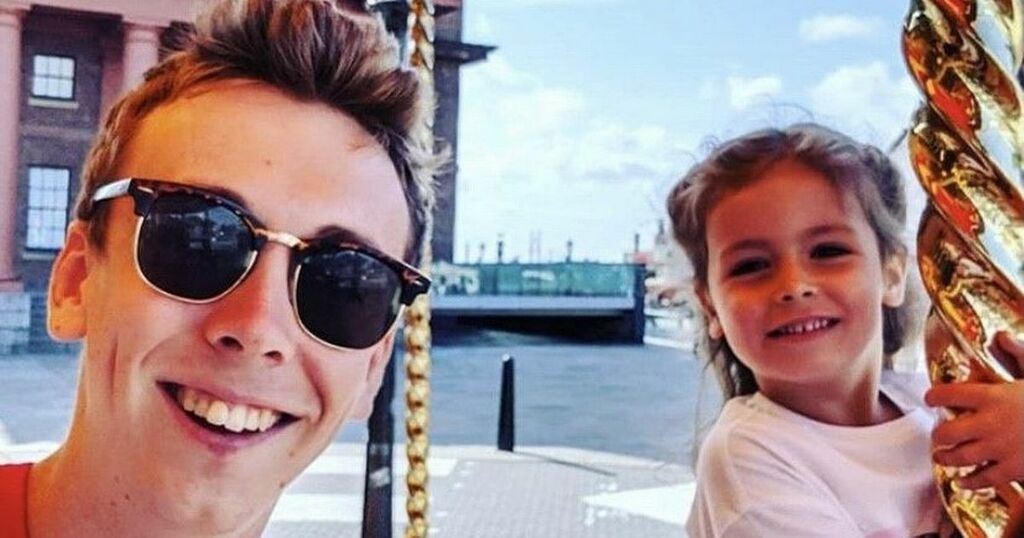 The dad of Jacob Billington has spoken out about the death of his son and coming face-to-face with his son's killer.

Jacob Billington was stabbed during a rampage that brought terror to the city of Birmingham in the early hours of September 6, 2020.

This week saw the sentencing of Zephaniah McLeod, who last year launched into a 90-minute frenzy, stabbing strangers unlucky enough to cross his path.

Jacob's dad, Keith Billington, has now spoken out following the sentencing of McLeod yesterday that saw him jailed for life with a minimum term of 21 years.

The 59-year-old spoke about how Jacob was as a person and the "impact" he had on the people he met.

The project manager told the ECHO: "You go into cliche territory but he was just a lovely, friendly, welcoming young man. The tributes we've had about him from friends have been really, really touching and really interesting.

"We got a text yesterday from somebody he met on his PGCE course and she was telling me about how she loved being around Jacob. She got married in the summer and her and her partner were friends with Jacob and had plans for him to come to the wedding.

"They met him and they had this bond, and she will remember him for the rest of her life. She'd probably only known him for five minutes of his life.

"'Once met never forgotten' and I think that sums him up. Those kind of tributes. That sort of instant impact and once people met him, they wanted to be around him.

"He was fun, funny, interesting, he had a wide variety of interests and knowledge, and he liked a night out. Let's be honest. He was everything you wanted in a son."

During his trial, a court heard McLeod remained "calm" and "smirked" as he went on a random stabbing spree across Birmingham - even telling one onlooker "watch this".

He asked pizza shop staff for a knife to 'cut something', and when they refused, he took a taxi to his Selly Oak home where he rearmed himself and returned to the heart of the city for five more brutal attacks.

McLeod, of Nately Grove, Selly Oak, was told he will serve a minimum term of 21 years in a hybrid order before he is eligible for release as the three-day hearing came to an end on Thursday, November 18.

He will first be detained in Ashworth Hospital under a section 45A order for treatment for his mental health and may then be transferred to prison.

Mr Justice Edward Pepperall said: "Such a sentence ensures you will first obtain treatment. If you are fit you will be transferred to prison."

On the night of the attack, Jacob Billington was with his friends on a night out. The 23-year-old and his close friend and fellow band member of The Vedetts, Michael, were then attacked on the street after they were asked for a lighter.

Jacob was fatally stabbed, and Michael was left in a coma after being stabbed in the neck and left partially paralysed.

Keith explained what it was like for him to come face-to-face with his son's killer, and the man who left his son's friend severely injured.

He told the ECHO: "It was delayed at least twice and that build up of pressure about what court was going to be like because we don't know, we've never been to court or sat in a court room.

"We were unsure whether we were going to come face-to-face with McLeod because he was going to appear on Zoom first of all, but then it became apparent that he was going to be in court.

"There was then the build up of tension around that and being in the same room as the man who did this to us. There was then the notion of us having to talk in court, doing our victim statement explaining the impact the loss of Jacob has done to us.

"Then the sentencing and waiting to see what this man will get. If you tot all that up it was a massive cloud hanging over us. When the judge made his announcement I think it was a massive relief. He's got the appropriate sentence and this family unit can move on.

"We know there are going to be ripples from the court case about agencies who knew about McLeod who could've done and should've done more to support him and in doing so protect the public.

"There is potential for an inquest and we will deal with that in our own way but the big thing is understanding, going through the process and being able to stand up in that court and saying what I had to say to McLeod, eye-to-eye, and then him getting what essentially is a life sentence."

Jacob's dad continued: "I know some people wrote statements about the impact on them but couldn't deliver that statement in court and the assistant barrister read their statements out on their behalf.

"The whole time I was determined to say what I had to say and it's fair to say that I was a bit scared of getting up there. I wanted to make sure I could get through the statement and that I was able to look him in the eye.

"Friends of ours are barristers and they said if I got into the witness box I should address the statement towards the defence team. Once I got into it I found it quite easy to look up and say some of the things, the more punchy things, right at him.

"There was a notion that he was guilty through diminished responsibility. I tried to have a running theme about responsibility throughout my statement about Jacob and how he faced up to his responsibilities. He had a job in Waitrose during sixth form, he worked at Crosby Lakeside behind the bar, working long hours and long shifts doing 12 or 13 hours when they were doing a wedding to get money. He went to university, got a good degree, got a good job.

"At every stage of his life he faced up to his responsibilities and the man who has done this has a diagnosis of paranoid schizophrenia, prescriptions to take drugs to keep them in check and he can't even do that.

"He has one responsibility to take his medication to safeguard him and safeguard the community. He can't do it. At the same time he was taking crack cocaine, cannabis and mugging people. He has no responsibility and I was able to address that point directly to McLeod, and that felt good.

Shortly after Jacob's death, Keith and his family were shaken by the death of Keith's dad, Pat, and family dog, Bailey.

Pat Billington's health deteriorated from the day he was told about Jacob's death, according to Keith and Claire.

Just weeks after his grandson's death, he was in hospital.

Pat's "crown jewels" had been his grandchildren, with Keith not having children until his 30s, his parents were happily surprised when he, and Jacob's mum Jo, had their son.

Since then Pat treasured his grandchildren, and was left devastated when he was told about the death of Jacob.

He said: "It was covid. My dad was 92 and he had underlying health issues. The day we had to go and tell him about Jacob, he still lived at home, he was independent and me and my sisters live locally so we supported him but he was still able to look after himself, but going round that Sunday morning to tell him Jacob had been killed was just horrible.

"As you can imagine my dad, being 92, had lived through a lot and he was a young man in his teens during the second world war, witnessed the Blitz, went through some bad times with my mum, money was tight, my mum developed Parkinson's in her 80s and he supported her through that up until her death a few years ago.

"He described, against all that he'd seen in his life, Jacob being killed the way he was, being the worst thing that had ever happened to him and it was almost as though he gave up."

Holding back the tears, Keith then went onto continue talking about the grief that the family suffered in the weeks after followed.

He said: "Within six weeks he was taken into hospital where he developed covid symptoms and just slipped away. I said in my statement to McLeod that the knife he killed Jacob with also killed my dad.

"I seriously believe it was a contributory factor in my dad passing away when he did. He loved Jacob, he loved Abby, he loved Ruby and loved Adam. They were the crown jewels in his full life.

"I'm the youngest in my family, I have two older sisters, and they don't have children. I didn't have Jacob until I was in my 30s and I think my mum and dad never thought they would have children and when Jacob came along it was the best day of their life.

"I'm glad my mum wasn't around to see him go, but my dad was and he couldn't handle it. He stuck around for long enough, he paid for the funeral, I think he stuck around long enough to make sure Jacob was given the best possible send off we could organise.

"He paid for it and then two weeks after the funeral we were going to his funeral. It was a terrible, terrible time, but we got through it. I think I've got guardian angels, I really do."

Since Jacob's death, the family have set up a fundraising page that has raised thousands for the local community cinema.