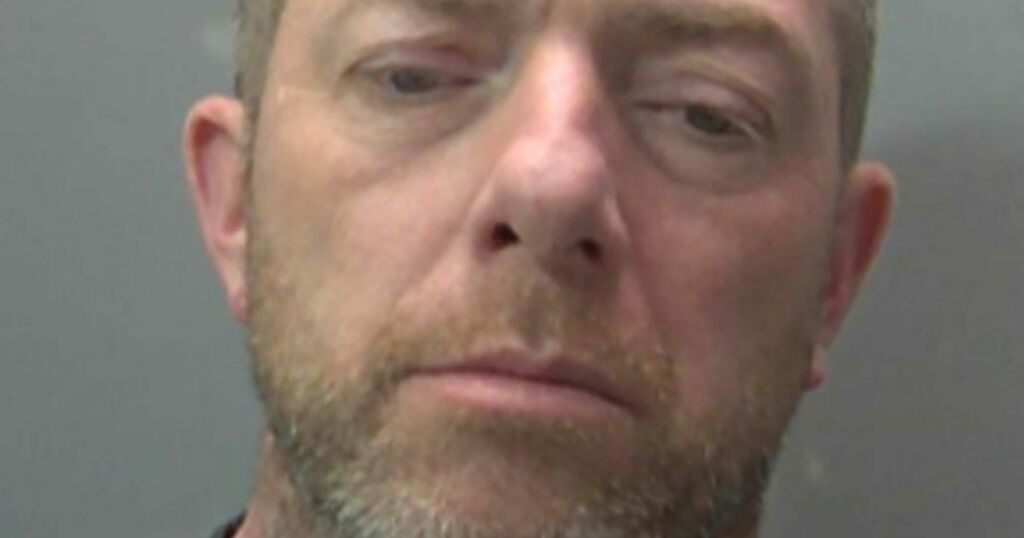 The heartbroken brother of a murdered teenager who's body has never been found has promised to never see or speak to his evil killer stepdad ever again.

Bernadette Walker, 17, was last seen alive on July 18 when her stepdad Scott Walker collected her from his parents' house in Peterborough.

It was said in court that Scott killed the teenager after she made claims of sexual abuse against him. Tragically, her body has not been found, despite searches - and it is not known how she was killed.

After Scott was jailed for life with a minimum of 32 years on Friday, Bernadette's brother Anthony said his 'wicked' stepdad will go to his grave" hiding the secret of where Bernadette's body is buried.

Bernadette and Anthony's mum, Sarah Walker, 38, was locked up for six years for perverting the course of justice.

“I’m glad he’s been locked up for life. I want nothing to do with him ever again," Anthony told The Sun after the double sentencing at Cambridge Crown Court

“I’ve disowned him as my dad for what he did to poor Bea. I can never forgive him. He is horrible, he is wicked.

“He should tell us where he’s hidden her but I don’t think he’ll every say. He’ll go to his grave hiding that secret.

“He’s got too much pride and it means he can control the situation.”

Cambridgeshire Constabulary revealed earlier this week that detectives have visited Scott in prison since his conviction of murder and perverting the course of justice in order to try to speak with him - but he continually refuses to give up any information.

DI Justine Jenkins said: "I still hope we may get the answers we need to be able to find her and lay her to rest.

"If anyone has any information about this investigation which may help us find Bea, please get in touch.

"We may never know the truth about what Scott did and why, but we do know Bea had made allegations of abuse against him."

Anthony, who had to leave the family home in Peterborough when the house was returned to the council after his parents’ arrests, said his younger sister "deserves the dignity” of being laid to rest, saying: “We want to bury her, tell her we love her and say goodbye to her but I fear we’ll never get the chance.”

He is now living with his maternal gran Pat Dickinson in Gorleston-on-Sea, Norfolk.

Anthony told The Sun he has "no idea” if his mum knows where his sister’s body is.

He said: “I’m shocked by her involvement. I think she was forced into it. I have no idea if she knows where Bea is.

“I hope that is if she did she would say. How can she leave her own daughter out there?

“I haven't decided if I’m going to speak to her again but I definitely will never see or speak to him again. They both deserve what they got.

The court heard that Scott did not bring Bernadette back to their home in Century Square, Millfield, on the morning of her disappearance after picking her up from his parents' house in Peterborough.

And it was later revealed that the photography student had written in a diary entry: "Told my mum about my dad and the abuse.

"She called me a liar and threatened to kill me if I told the police."

Scott said that Bernadette ran away from his car when he stopped the vehicle, but jurors rejected his account, convicting him of murder.

Lisa Wilding QC, prosecuting, said that Scott Walker formed an "unholy alliance" with Bernadette's mother, his ex-partner Sarah Walker, to cover up the girl's death, sending messages from Bernadette's phone to give the impression she was still alive.

The judge said she was "sure Sarah Walker was the guiding mind behind the detail of (the) plan" to cover up Bernadette's death, adding: "Each defendant was a willing party in that enterprise."

Scott was jailed for life with a minimum of 32 years on Friday after being convicted of murder and perverting the course of justice.

Bernadette's mum Sarah Walker was jailed for six years after being convicted of perverting the course of justice.