Heartbreaking footage shows a mourning dog paying its final respects to his owner at her funeral.

Pit bull Zeus was allowed to pop his front paws onto the casket to take a last look at his owner in her open coffin in Ciudad Juarez, Chihuahua state, north Mexico.

The video was shared on TikTok by user 'Herrera Nalleli' where it has been viewed 4.6 million times.

In the video clip the dogs is seen accompanied by the message: "We will miss you Mummy."

Footage shows Zeus sitting loyally by the coffin and then being helped to take one last look at his mistress in her casket.

She was not named by local media.

But social media users had a lot to say about the viral video which prompted much emotion amongst viewer.

One TikTok user commented: "Thank you for letting him say goodbye to his granny, and my deepest condolences."

Another remarked: "The dog feels so much love for Grandma."

One more added: "Dogs confirm that our loved ones are still among us after they pass away."

And someone else wrote: "This made me cry!"

In November The Mirror told how a farmer who lost his best friend, sister and dog in the space of a year and took on mammoth charity challenge in their honour.

Leo Deen was struggling to come to terms with recent family bereavements, and decided to walk a huge trek from Congleton, in Cheshire, to Glasgow, Scotland while pushing a garden wheelbarrow.

The 57-year-old was devastated when his best friend, Joey Henshaw, passed away in January, which was followed by the death of his border collie, Rollo, just weeks later.

The farmer said: “Joey was like a brother to me and it was really upsetting when he passed away. Then Rollo died a few weeks later. Rollo was my best soul mate, he was as sweet as a nut.”

The white and tan collie lived with Leo on his Timbersbrook farm for three years, but began rapidly losing weight when he was diagnosed with cancer, dying just weeks later.

But when Leo’s sister, Lea Wright, died five weeks ago, he needed to do something to take his mind off the losses he’d endured over the last year.

He said: “I didn’t believe that Lea died - she was only 18 months older than me.

“I needed to get closure, and even though I’d seen the coffin I didn’t believe she was dead. I needed something to do so I decided I was going to walk to Glasgow." 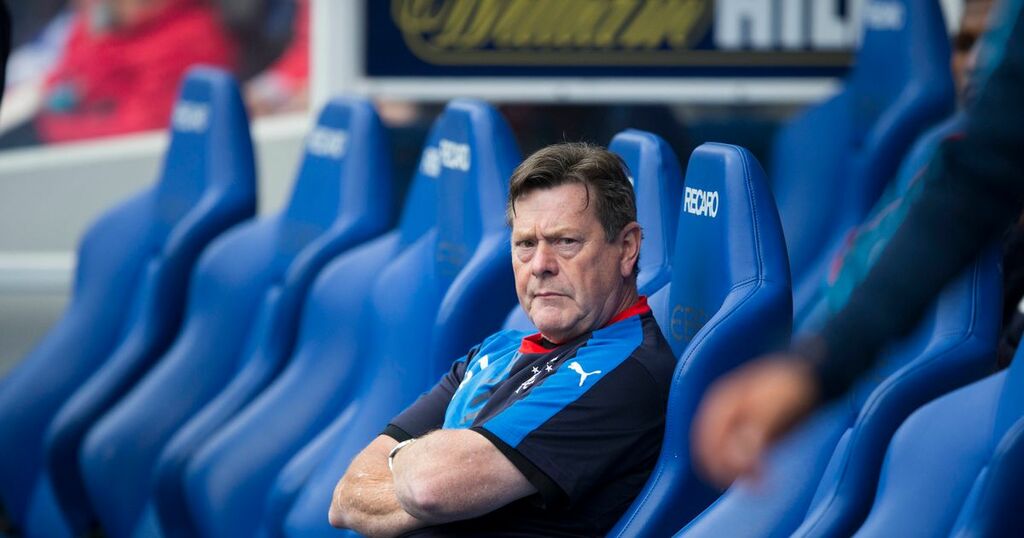 Rangers confirm Jimmy Bell funeral details with fans invited to pay final respects at Ibrox
A private service for the legendary Ibrox kitman will take place at Wellington Church, Glasgow at 10am on Friday with…

Bell sadly passed away aged 69 after more than 30 years of service at Ibrox.

Daily Record
What made America’s Covid death toll even worse: the gnawing pain of human separation

From social distancing to vaccine disputes to the inability to be with loved ones in their final hours, isolation was…