Heart-stopping dash cam footage shows the moment that a 'newly qualified' driver goes the wrong way around a motorway roundabout.

The error happened on junction 8 of the M61, at Chorley, as cars approached the northbound entry slip road. The driver had a green 'P' on their car, which indicates that they had recently passed their driving test.

Lorry driver Lee Simmons caught the incident on his dash cam and uploaded the video to social media, where it has been viewed hundreds of times. He claimed that he wanted to help the driver but that the woman behind the wheel "just waved and didn't stop".

READ MORE : Family 'stuck' in house after garden is invaded by ENORMOUS swarm of wasps

Lee also claimed that the examiner who passed the driver, "should be sacked", LancsLive reports. He said: "It was the dash cam from my work lorry.

"I was in a Ruttle's lorry and beeped at her to stop. I was going to jump out and help her to turn around but she just waved and didn't stop."

Another person on social media claimed it was not the only mistake that the driver made. One user commented: "Instead of turning left towards Botany Bay she went right! Could have been total carnage that."

However, others leapt to the driver's defence. One woman wrote: "Some people who are older and have dementia or Alzheimer's are known to get in their car and get very confused unfortunately can drive on the wrong side of the road or motorway.

"This is a known thing with delirium or confusion. Unfortunately we don't know if this lady may have been unwell."

Another poster suggested where the driver may have gone wrong on the slip road and stated: "Given they're 'new pass' and may never have driven on the motorway, I'd guess they took wrong exit at roundabout, panicked and turned around on the slip road and then lost all bearings and went wrong way round the roundabout. You only really start learning how to drive after you pass your test so hopefully she learned from it and got to where she was going safely." 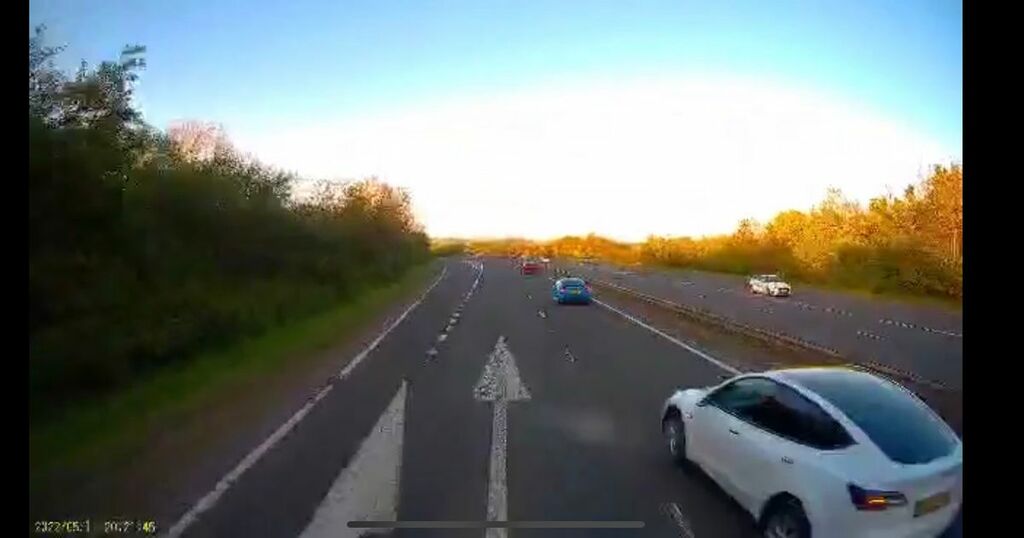 Reckless Edinburgh Tesla driver captured cutting across HGV onto bypass slip road
Patrick Owens was travelling on the A720 and as he approached the exit for the Bonnyrigg and Lasswade junction, a…