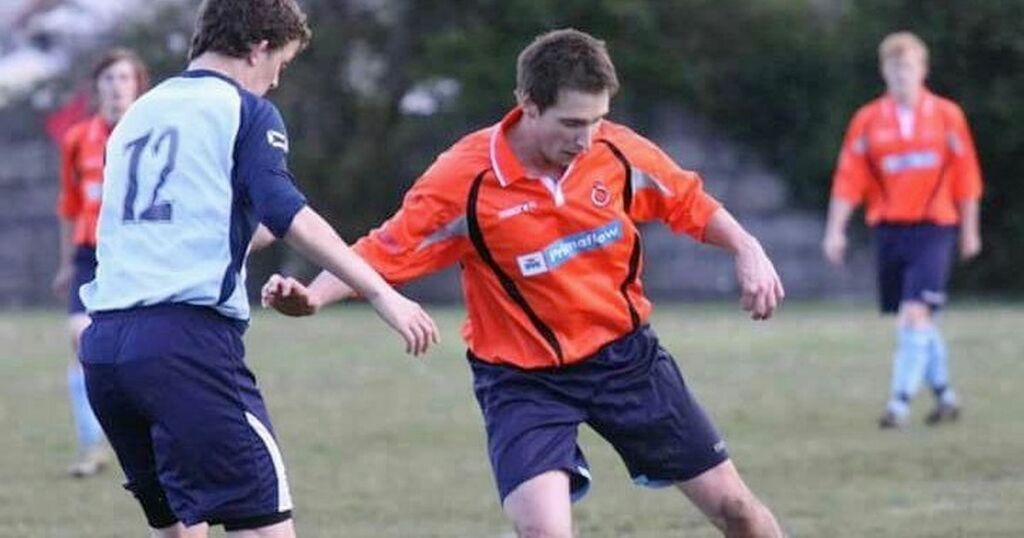 In February 2021 Steven Williams was a fit, healthy 36-year-old who went to CrossFit, played football, and even played in a band.

However, in the space of a few days, his whole life changed dramatically and even getting out of bed became a chore.

"I've never had any kind of mental health issues previously," he said. "I suddenly started getting very intense anxiety and panic attacks for no reason.

"Literally over the course of a few days, everything changed.

"I went from being one week before in CrossFit class and exercising and fit and healthy, to being off work for eight months."

Read more: Find all the latest news in Maesteg here

Steven, from Maesteg, described the ordeal as "terrifying."

His panic and anxiety attacks were so intense at the time that he was almost taken to A&E for treatment. Every day tasks such as getting up, or getting washed and dressed were too overwhelming for him to manage.

He also experiences extreme shaking, sometimes for as much as eighteen hours of the day, only being able to sleep for two hours, and having a constant ringing in his ears.

"I almost lost my life in the summer, it was absolutely horrific."

He was referred for scans, however due to the ongoing pandemic and NHS delays, he decided to seek private medical treatment.

Both fortunately and unfortunately, no tumours were found on Steven's results.

He was instead placed on psychological medications such as antidepressants, however, these made his symptoms worse.

"I was referred for a new treatment in London, ketamine therapy. I went to London about eight or nine times. It's a really promising treatment for anxiety and depression, but it wasn't suitable for me."

Thankfully, the doctor in charge of this therapy noticed the unusual response in Steven, having seen it in another patient before.

"He'd seen another patient respond like this and they happened to have Lyme disease, so he recommended I get checked."

Lyme disease is an infection caught from the bite of an infected tick, which made sense to Steven when it was suggested.

"I live in the valleys and I spent a lot of time throughout lockdown up in the mountains walking my dog.

"It made sense because there wasn't that much else to do. I thought I was looking after myself and being healthy."

Steven was finally diagnosed with chronic Lyme disease in November.

Once in the late stages, the infection can spread to the nervous system and cause inflammation in the brain, which it has done for Steven.

He has since been put under the care of a specialist doctor and a nutritionist who has put him on a very restrictive diet to help stabilise his condition.

"It's helped me get back to work and start to function again, but it's not curative."

There is currently no cure available in the UK.

Steven's hope to cure his late-stage Lyme disease lies in a therapy centre in Germany.

It's a hypothermia treatment that works to kill off all the bacteria, targeting the infection in the brain and ligaments as well as the body.

He said: "They heat your core temperature up to 43 degrees for six hours because the bacteria can't survive at that temperature.

"They also give you antibiotics intravenously alongside to kill off the bacteria. You're there for about three to three and half weeks, it's very intense."

The treatment however comes at a high price, which Steven is unable to afford after spending over £20,000 on private treatment so far.

His friend, Alecs Donovan took it upon herself to help fundraise for Steven's treatment, through a gofundme page.

Alecs said: "He's just the nicest person and he never would have done it himself.

"He's never one to complain and he's very modest about just how much pain he has been in.

"When he said about how much the treatment would cost, and possibly looking at remortgaging, I just told him people would want to help.

"We've been overwhelmed by the support, even from strangers, and I've just said if 30,000 people gave £1 each, they wouldn't notice it but it would change everything.

"I'm overwhelmed by all the love and support from everyone," Steven said. "Even complete strangers, it's just been beyond kind and I'm absolutely floored by their kindness."

If you would like to donate to Steven's treatment, his gofundme can be found here.

Want the latest news from Bridgend County straight to your inbox? Sign up for free here